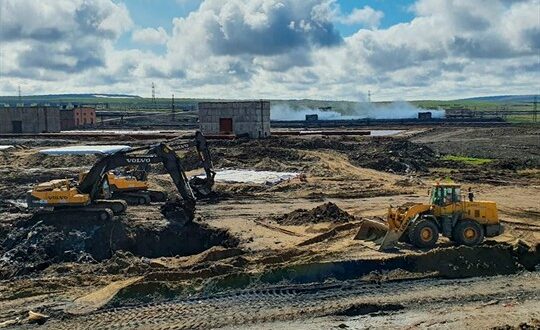 Russia’s Arctic region is experiencing one of the hottest summers on record, and it is only early July. The mercury hit 100 degrees Fahrenheit in parts of northern Russia last week, more than 30 degrees above the average for this time of year, and meteorologists are forecasting more blistering heat in the days and weeks ahead.

At first glance, the heat wave might look like great news for Russia’s giant oil and natural gas companies. The higher temperatures will accelerate the melting of permafrost in the Arctic, making it easier to extract the rich deposits of natural resources buried underneath it, including billions of barrels’ worth of proven oil reserves. All told, scientists estimate that some 2.5 million square miles of permafrost—roughly 40 percent of the world’s total—could disappear within the next 80 years, much of it in Russia.

Post Views: 47
Previous How OPEC Shook Off a Historic Crash to Successfully Stabilize Oil Markets
Next Will Either Macron or Erdogan Back Down in the Eastern Mediterranean?