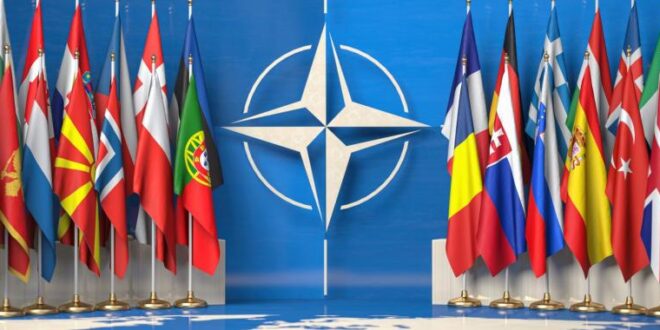 A Renaissance for Strategy? The NATO Summit 2021

NATO countries must undergo a renaissance in the way they collectively develop and execute strategy. The forthcoming Alliance summit is the right venue to start.

The heads of state and government of NATO countries are coming together in Brussels early next week to take the Alliance forward in the face of significant threats, not only to the post-Second World War rules-based international order, but also to the Alliance itself and incidentally to the political union which overlaps a good part of it, namely the EU.

The requirement is to better prepare NATO to deter aggression, disruption and malign influence from Russia today and possibly China tomorrow. The Alliance must also become much more engaged in growing and preserving stability in a number of neighbouring regions in which countries are threatened by poor governance, ethnic and religious conflict, competition for scarce resources, climate change and various other disruptive factors, the fallout from which threatens Western political and economic stability.
A Vision for the Future

Secretary General Jens Stoltenberg will be hoping that the summit discussions will prepare the way for his NATO 2030 vision, plans for which are progressing apace at the Alliance’s Operational HQ, SHAPE. They will leverage the recent year-on-year increase in defence spending across the Alliance as member states have responded to the vital call to meet their agreed 2% of GDP target. In this respect the odd diplomatic hand grenade lobbed by the former US president was not entirely unhelpful, although one would hesitate to put too positive a spin on Donald Trump’s term of office from the point of view of Alliance confidence and cohesion.

The NATO 2030 vision will focus on strengthening deterrence and defence by implementing the Concept for the Deterrence and Defence of the Euro-Atlantic Area and also the NATO Warfighting Capstone Concept. Together these seek to modernise NATO forces and increase their preparedness, readiness and deployability for operations. NATO deterrence is reliant upon enhancing national and collective resilience, and this is another theme picked up by NATO 2030 in seeking to achieve better coordination and complementarity with the EU.

NATO 2030 covers other areas, including preserving the Alliance’s technological edge, supporting the rules-based international order, training and capacity building to assist Partners in confronting pervasive instability in NATO’s neighbourhood, and addressing the effects of climate change. The vision will require NATO to develop a new Strategic Concept, the current one being over a decade old, and it is probable that heads of government will instruct the Secretary General at this summit to proceed with preparing one.
Broadening Consultation

One of the key themes within NATO 2030, however, is the need to broaden and deepen consultations between Allies, particularly to integrate non-military effects. This simple and obvious-sounding aspiration, if successful, could be the most significant achievement in decades. In the days of the Cold War, during which NATO was born, ‘grand strategy’ was a term still in vogue. After the six long years of the Second World War, NATO countries understood that to achieve big strategic objectives, such as the defeat of Nazism in Europe, all national and alliance levers of power, both military and non-military, had to be brought together in proportion and in a fully integrated manner.

I remember when I was a relatively junior officer, the brilliant former Deputy Supreme Allied Commander Europe, General Sir Rupert Smith, reminded several of us on a visit to SHAPE that NATO, being a military alliance, delivers excellent military strategy but that it alone cannot be the architect of truly holistic strategy. His clear inference was that the military strategy produced by NATO must be combined with other non-military means to achieve politico-strategic objectives. This has to be done at the highest level before the work is handed down to military and other entities for execution, in order to avoid the sort of reverse engineering inherent in what the UK has in the past termed the ‘Comprehensive Approach’. This lesson has been relearned at considerable cost over recent campaigns, in terms of dead and wounded Service personnel and local civilians, staggering financial outlay and serious damage to the wider civilian understanding of the utility of military force when applied in its proper context.
Afghanistan Withdrawal Symptoms

This summit will be the first following the decision to end the NATO mission in Afghanistan. This leaves most of us who served in that campaign feeling that we have failed our Afghan friends by promising much, and delivering very significant and beneficial change, only to see those gains frittered away – mainly on account of the absence of a coherent and integrated strategy from the start, which was the ultimate cause of the mission becoming too lengthy and costly, and the eventual erosion of political will.

It is easy to forget – since it was not well communicated at home – that by the time of the military surge in Afghanistan in 2010–11, when 140,000 NATO-led troops from 50 nations delivered force levels which were at last something like sufficient to enable the creation of a relatively stable and secure environment, considerable benefit had already been delivered to the Afghan people. Under the Taliban, only 9% of the population was within an hour of medical care; in 2014, 57% enjoyed that level of support from over 600 hospitals and clinics. Life expectancy under the Taliban was 44 years, but this was raised to 64 years during the International Security Assistance Force operation. Only 6% of the country had access to the electricity grid in the latter days of Taliban rule, but this was up to 30% by 2014. Moreover, while about a million boys are estimated to have been in school under the Taliban (and no girls), by 2014 this was up to eight million children, a third of them girls. Road infrastructure, access to free media, and the inclusion of women at senior levels across government and the professions had all also improved dramatically since Taliban rule, and a reasonably representative democratic process for the election of new governments had been successfully proven.

However, the slow pace of progress, in the absence of proportionate resources to rebuild political, economic, legal and other structures in the provinces, had been exploited by the Taliban and other insurgents, and high losses and costs had eroded political will at home. The resultant large-scale US withdrawal which began so soon after the successes of the surge, before the new Afghan Armed Forces and Police had even had the chance to properly bed in, began to unravel the whole campaign.
Drawing Lessons

Operations cannot be conducted like this in the future, particularly as the nature of warfare changes, requiring the integration of those non-military capabilities which have emerged or morphed significantly in recent years. Cyber warfare and a much more complex and pervasive information environment have grown, and both are exploited ruthlessly by competitors without reference to the rules that constrain NATO.

The space domain is growing enormously in significance and, particularly with the advent of AI, the decision-action cycle for the management of complex defence and security-related events has sped up to the degree that the integration of effects has to be immediate. This requires enhanced and much more nimble and responsive strategic planning and delivery structures at the top political levels of NATO states and within the Alliance. If deterrence is not done in a properly integrated way, NATO’s competitors of today are likely to become its opponents of tomorrow, and it must be acknowledged that, advantaged by more centralised and authoritarian systems, they are currently ahead of the game. The recent Integrated Review seemed to signal a welcome move in the right direction in the UK, but the proof will be in the will of the UK’s top-level leadership to ensure fine words are reflected in much-enhanced cross-governmental processes.

The Russians demonstrated in their annexation of Crimea in 2014 their ability to combine military and non-military effects, such as cyber and information warfare, political subversion and the use of paramilitary elements. This elicited some surprise in the West, but the ‘new’ Russian way of warfare, quickly labelled ‘hybrid warfare’, was no more than applying the principles of national strategy building. Similarly, China ruthlessly leverages its political, diplomatic and economic levers to manoeuvre itself into a favourable position with regard to possible future military and security objectives, whatever they may be. They must both be met with ‘hybrid deterrence’, which strengthens vital national and alliance infrastructure, both military and civil, threatens any potential attacker with the imposition of a cost which may well be best delivered asymmetrically, and builds resilience to ensure a rapid recovery of all capabilities in the event of damage.

A unifying theme of this NATO summit is likely to be the revitalisation of political unity following the election of President Joe Biden and his strong reaffirmation of transatlantic solidarity and US commitment to Article 5 of the Washington Treaty. This is the NATO Treaty Article that states that a threat to one requires a collective defensive response from all. Visits to NATO by US Secretaries Austin and Blinken, and the recent overflight of all NATO states by US nuclear bombers, have reinforced these signals of support.

However, the summit, being the coming together of the political leaders ultimately responsible for the integration of all the levers of power at their disposal, should not be satisfied with strong statements of unity alone.

There needs to be an acknowledgment that NATO countries must undergo a renaissance in the way they collectively develop and execute strategy, and this has to go far beyond the structures of the Alliance. It will require imaginative political solutions and much better coordination between NATO and the cross-governmental coordination architecture within individual governments, and most importantly with the EU, where collective political, economic, development aid, information and other strategies come together for the majority of NATO members.

NATO is without doubt the only entity with the command and planning structure capable of delivering the military strategy vital for collective defence in Europe and the North Atlantic region, but without a much-expanded and very much more responsive strategic process, Western values and political systems will surely suffer in the face of a significantly and rapidly changing world order.

Post Views: 62
Previous Changing the rules of the game: Reforming the party system in Iraq
Next UK Must Follow Through on G7’s Commitment to Combat Illicit Finance