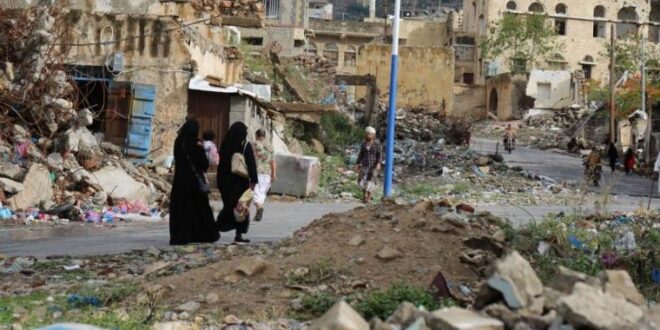 In Yemen, Competitors Lay the Ground for the Long Haul

Peace in Yemen does not mean a reversion to the status quo ante; competing external powers must determine what peace terms they can tolerate.

When Saudi Arabia intervened in Yemen in the spring of 2015, Riyadh expected a decisive campaign in which its air force would blaze a path for troops loyal to Yemen’s government to regain control of the capital. Analysts warned the Saudis that a quick victory was unlikely without a credible plan for a ground campaign, and without close ties to several key tribal groups whose links with Riyadh had withered over the previous decade. Such warnings fell on deaf ears, and Saudi Arabia became the latest state to take up arms in the false expectation of a short, victorious war.

The campaign was conducted under the auspices of UN Security Council Resolution 2216, which demanded the restoration of the Yemeni government and Houthi disarmament. The resolution – akin to CPR for the Yemeni state – has remained the basis for all attempts to negotiate an end to the conflict. The expectations of a resuscitation from CPR diminish with time. Nevertheless, the UN continues to go through the motions. Everyone else has moved on.

The Houthis have changed since they seized Sana’a in 2014. Upon their arrival they left many government officials in their posts. They neither knew how to govern, nor showed much interest in doing so. Since 2018, however, they have started to behave more like a (capricious) government, segregating education and prescribing new curricula, using bureaucratic mechanisms to apply taxation, and reorganising the state intelligence apparatus to identify tribal discontent and repress opposition. Their aspirations have also continued to expand; from a desire for recognition as a legitimate power in Yemeni politics, they are now demanding that Saudi Arabia acknowledge defeat. Whether the Houthis can take and hold additional territory beyond Marib is debatable, but if they take the resource-rich province then they will eliminate any viable route to dislodge them from the land they already hold without a major external intervention.

The sense of permanence that the Houthis themselves have started to feel secure in is changing how external actors are engaging with them. Iran has supported the Houthis from the beginning of the war, but its involvement in Yemen was opportunistic. It was a way of imposing costs on Tehran’s opponents. Although Iran has never – and likely will never – direct Houthi activity, its influence has grown significantly. Iran refuses to exert any diplomatic pressure on the Houthis in their negotiations with the GCC or the UN. But the Houthis consult with and seek the advice of Iranian officials extensively. The Houthis have also started to publicly message coordination with the ‘Axis of Resistance’, indicating a desire to be seen to assert interests beyond Yemen’s borders.

The expectation that the Houthis will remain is also shaping the policies of the UAE. Initially heavily engaged in the conflict, Emirati troops withdrew out of frustration with an international community that was eager for them to change the facts on the ground but highly critical whenever they set about doing so. Now the UAE has quietly begun to establish an air base on Mayun Island. Not subject to Eritrean approval like the former Emirati base at Assab, less politically contentious than moving forces to Socotra, and less vulnerable than Al Anad, Aden or Mocka, the base will give the UAE a strong military position in the middle of the Bab-el-Mandeb. The re-establishment of infrastructure suggests the UAE is anticipating a need to protect its interests in the long term. The Yemeni government has objected, but to little avail.

The Saudis want out, but not at any price. They must regain control of their southern border and politically they wish to be seen to have achieved something. So far, the Houthis seem disinclined to give them the option of peace with honour. Peace in this context would not mean peace for Yemenis. The slow, attritional struggle in Marib and Taiz would likely grind on. But for the Saudis the entrenched ballistic missile threat on their southern border has caused a realignment of their defensive infrastructure, and a growing realisation that the threat will likely persist even if strikes from Yemen are halted.

In this context the international community faces a choice. Is a long-term Houthi quasi-state tolerable? If it is, then Resolution 2216 must be redrawn. There are important issues that the international community must address – like the fate of the FSO SAFER – and which the current negotiating framework is abjectly failing to resolve. Nevertheless, accepting a long-term Houthi presence also means abandoning Yemenis to a repressive and regressive government, indoctrinating their youth with an aggressive religious ideology that lays claim to large swathes of Saudi territory. The humanitarian cost of that decision is high. Any diminution in the blockade also risks allowing Iran to threaten freedom of navigation in the Bab-el-Mandeb, vastly complicating the existing problem in the Straits of Hormuz.

If a long-term Houthi quasi-state is unacceptable to the international community, then external powers cannot simply let the war grind on, with the opposition increasingly fragmented. Trend lines must be reversed, with an acceptance that peace will take years to become a realistic expectation. The process of forging an alternative course will also categorically fail if straightjacketed by diplomatic nostalgia for the outcomes of the 2013–2014 Yemeni National Dialogue. Someone will need to tell UN Special Envoy Martin Griffiths that he can stop attempting chest compressions on the administration of President Abdrabbuh Mansur Hadi. Developing a viable alternative will require imagination, working with Yemeni groups to forge agreements that bring local and regional security. Cohering that process requires leadership. The question is whether members of the international community care enough to expend the effort.

There is a risk that progress in Yemen is measured in narrow terms of national interest; judged on these terms, international powers can probably tolerate the tragic status quo. But there is a broader strategic question. The UK’s Integrated Review emphasised great power competition and a struggle for influence. Yet if the UK will only exert itself when vital interests are at stake, then it can expect to progressively lose influence in countries where competitors care more and commit resources. If the UK lacks the capacity, then it speaks to a wider overambition in UK policy, whereby rhetoric fails to reflect the reality of when and where the UK will actually try to shape events. After all, competition in international affairs is as much about incremental gains as grand strategic plays.

Post Views: 44
Previous Russia and the US: The ‘Red Lines’ Summit
Next What Did the Biden-Putin Summit Mean for Syria ?