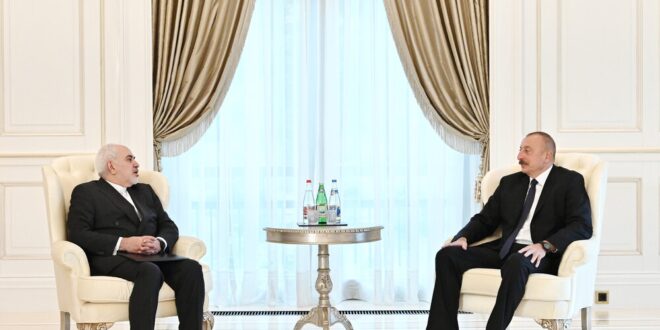 Iran and the 3+3 Regional Cooperation Format in the South Caucasus: Strengths and Weaknesses

Over the past three decades, various initiatives for regional cooperation in the South Caucasus have been proposed, including the “Peaceful Caucasus Initiative” (Eduard Shevardnadze), “Stability Pact for the Caucasus” (Suleyman Demirel, on January 16, 2000), “Caucasus Stability and Cooperation Platform” (Recep Tayyip Erdoğan, August 13, 2008), and “United Caucasus” (Mikheil Saakashvili). But none proved successful or long-lasting, because each failed to include all of the wider region’s key members.

After the Second Karabakh War, Ankara suggested a new format, the “Six-Country Regional Cooperation Platform,” which would bring together Turkey, Russia, Azerbaijan, Iran, Georgia and Armenia (Hüurriyet Daily News, December 11, 2020). And around the same time, Tehran introduced a similar “3 + 3” model (i.e., the three South Caucasus countries, Armenia, Georgia and Azerbaijan plus Russia, Turkey and Iran) that could serve as a new post-war regional integration platform. Last January, while visiting Moscow as part of a wider regional diplomatic tour, Iranian Foreign Minister Javad Zarif emphasized that “we are looking to form a six-party cooperation union in the region, and it is the most important goal of this regional trip” (Tehran Times, January 26).

Although the Russia Federation and the Republic of Azerbaijan have both expressed support for the comparable regional plans put forth by Iran and Turkey, Georgia and Armenia have serious concerns. Both models are similar in their form and content, especially when it comes to membership (bringing together all three South Caucasus countries and their three larger regional neighbors) and topics of focus (expanding road and rail networks in the region). And while the Turkish proposal faces its own opportunities and challenges (The Middle East Institute, February 3), Iran’s 3+ 3 model also has some important strengths and weaknesses that Tehran and the other regional capitals will need to take into account.

The first serious challenge and weakness of the Iranian plan is Yerevan’s opposition to it. For Armenia, the Karabakh conflict is still a matter of national defeat, and the nation is yet to absorb the new reality. Relatedly, it would be difficult for the acting Armenian government, which faces strong political opposition internally, to shake hands with Turkey and Azerbaijan at this time—particularly prior to the June 20 snap elections (Hürriyet Daily News, February 1). A substantial challenge is the difference in how Yerevan and Baku interpret Article 9 of the November 2020 Karabakh war ceasefire agreement. While the Azerbaijani side believes the document gives it the right to establish an overland transit corridor linking mainland Azerbaijan with its Nakhchivan exclave via southern Armenia’s Syunik province (what Azerbaijan refers to as the “Zangezur corridor”), the Armenian side emphasizes that, in the agreement, the term “corridor” refers only to Lachin. Until both parties conclude a supplementary accord to clear up the ambiguity found within Article 9 of the Karabakh ceasefire document, the implementation of any further region-wide plans—including those put forth by Iran and Turkey—is, therefore, unlikely. The main question remains whether Armenia will ultimately agree to join the proposed effort to expand intra-regional economic ties among all the parties. But once again, Yerevan is unlikely to make any moves in this direction ahead of the snap elections.

The second significant obstacle—and one similar to the first—is Georgia’s opposition. Tbilisi says it will not take part in any regional body with Russia unless Moscow ends its occupation of Abkhazia and South Ossetia. “Georgia will not be able to engage in the peace platform, where the country occupying Georgian territories is participating as well,” Georgian Deputy Foreign Minister Alexander Khvtisiashvili announced (Hürriyet Daily News, February 1). In addition, Tbilisi is concerned that the northern trans-regional route passing through Azerbaijan, Georgia, and Turkey (first and foremost, the Baku–Tbilisi–Kars Railroad) will be marginalized by reviving road and rail corridors to the south (see EDM, February 16).

But along with the mentioned weaknesses and obstacles, Iran also boasts some key strengths and opportunities compared to Turkey and Russia. First, Iran is geographically the only country bordering Armenia, the Republic of Azerbaijan and the Nakhchivan region. Consequently, Iran has for decades been the sole communication route between Nakhchivan and mainland Azerbaijan. Iranian participation is also crucial for reviving Soviet-era railways along the southern edge of the South Caucasus region. This initiative, if successfully carried out, will provide Iran with two new rail routes that start from the city of Julfa, in East Azerbaijan Province in northwestern Iran. The first route (south–north) is the Julfa railway connection to Nakhchivan and then onward to Yerevan and Tbilisi. The second route (west–east) is from Julfa to Nakhchivan, which crosses the southern borders of Armenia and Azerbaijan to Baku and, from there, to Russia.

Second, Iran is the only country that has regular diplomatic relations with all three South Caucasus countries: Armenia, Azerbaijan and Georgia. Armenian-Turkish relations have been severed since 1993. While relations between Georgia and Russia have been strained since 2008. Therefore, only Iran would be in a leading position to host a high-level meeting in a six-party or “3 + 3” format.

From a purely pragmatic approach, the only factor likely to help the 3 + 3 (or six-party) model of Iran or Turkey come into being is for the regional players to focus on developing trans-border rail networks. Arguably, reviving the Soviet-era railroads in the South Caucasus could help the region converge and play the same pacifying role for Armenia and the Republic of Azerbaijan as the Coal and Steel Community played for post-war France and Germany in the 1950s.