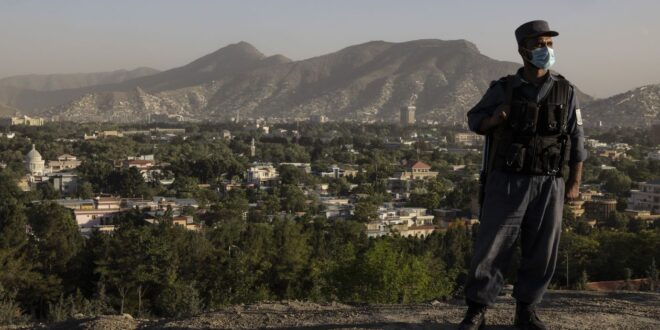 Every few hours this weekend, the Taliban released videos of triumphant insurgents inspecting yet another Afghan district headquarters that had been lost in battle by government forces or surrendered without a fight.

Some of these districts, a unit equivalent to American counties, are too remote or sparsely populated to warrant defending as the overstretched Afghan military, shorn of vital U.S. air support, refocuses on protecting the country’s major population centers.

Trained and equipped by the U.S. and Western allies for nearly two decades, the Afghan security forces, numbering roughly 260,000 men, should be strong enough to prevent the Taliban from seizing power in the immediate aftermath of the American military withdrawal that is nearing completion.

Yet, the seemingly never-ending succession of battlefield setbacks that suddenly accelerated this weekend is beginning to create a perception of inevitability about a Taliban takeover. It is a perception that, unless quickly reversed, risks snowballing into a self-fulfilling prophecy, Afghan officials warn.

Nearly two dozen of Afghanistan’s 387 districts were taken over by the Taliban, mostly in northern Afghanistan, on Saturday and Sunday, adding to some 30 others seized by the insurgents across the country since early May, according to local reports. The Taliban have also reached the outskirts of several provincial capitals.