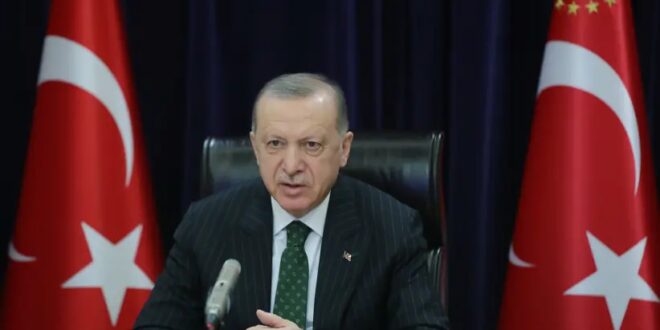 Women have become key targets of Turkey’s extremist government in recent years, videos increasingly showing violence against women in the streets of cities, including women being beaten by men.

Photos show Deniz Poyraz smiling and happy. But for Turkey’s far-right, she was a threat, a young woman activist who was not a supporter of the increasingly thuggish, Islamist and nationalist government of Recep Tayyip Erdogan.

She was murdered last week by a man who appears to be close to the Turkish state. The gunman had served in Syria and enjoyed posing with weapons and nationalist Turkish symbols. He walked into an opposition political party office in Izmir and murdered Poyraz.

Women have become key targets of Turkey’s extremist government in recent years. Videos increasingly show violence against women in the streets of cities, including women being beaten by men. Turkey, once a candidate for European Union membership, now stands accused of sending assassins to target women activists from Syria to France.

Turkey’s pro-government media often portrays women as “terrorists” despite no evidence of them ever being armed or doing any “terrorist” activist. For the state and the ruling AKP party, women who struggle for LGBT rights, or student or environmental activists are “terrorists”; men who pose with weapons and support actual terrorists in Syria, are celebrated as heroes in Ankara.

This confusing Orwellian situation has turned unarmed women activists, often on the Left, into a threat, whereas men linked to ISIS are seen as relatable in far-right media.

The murder of Poyraz is similar to the murder of Hevrin Khalaf, another young, unarmed woman hunted down and murdered in Syria in 2019. Khalaf was the head of the Future Party in Syria.

In many countries, a woman like Khalaf or Poyraz would be celebrated: young women fighting for the future of their community and country. But not in Turkey, and not in the pages of the pro-government and tabloid media. For the media in Turkey, which is almost all controlled by the ruling AKP Party – and where media critics are imprisoned for tweets and critique – Khalaf was a “terrorist” to be “neutralized.”

When the US withdrew from a part of northeast Syria in October 2019, Turkey backed Syrian extremists it had recruited as mercenaries to locate her SUV and kill her. She was brutally killed by men shouting jihadist slogans.

In 2013 assassins also targeted three Kurdish women in Paris. France24 said one of the women was linked to the Kurdistan Workers Party (PKK), which Turkey labels a terrorist group. However, assassinating members of “terrorist groups” in European countries in extrajudicial murders is generally considered illegal, even if Turkey considers the women “terrorists.” There was no evidence they had engaged in any terror; reports called the killings an “execution-style” attack.

In June 2020, a Turkish drone also targeted women in Syria, killing three. The women were described as civilians by Kurdistan24. “’Zehra Berkel is one of the women who died during the Turkish attacks. She is a coordinating member of the Kongra Star women’s movement,’ read the official Twitter account of the women’s rights organization, based in Syrian Kurdistan (Rojava),” the report noted. Once again, the extrajudicial assassination of women was carried out by order of Turkey.

It is not a coincidence that these attacks target women, from Paris to Syria to Turkey. They are all part of a wider campaign against women in Turkey and in areas under Turkish occupation in Syria.

Wherever Ankara has expanded its influence, women’s rights have decreased, from Idlib to Afrin to Serekaniye and Jarabulus, from Libya to Qatar. This is in part because of the ruling AKP Party’s opposition to women’s rights and its links to the Muslim Brotherhood, a far-right religious extremist group that has eroded women’s rights across the Middle East.

Turkey generally targeted Kurdish women especially. This is because in Syria, Kurdish women played a key role in politics – and local councils linked to the People’s Protection Units and PYD political party generally have co-chairs that are women. Similarly in Turkey, the left-leaning HDP has women mayors and co-chairs. Turkey has rounded them up and imprisoned them on “terror” charges, despite there being no evidence of any “terrorism.”

In Afrin, an area Turkey invaded in January 2018, Turkish-backed extremist groups have kidnapped dozens of women and kept them in secret prisons, often subjecting them to abuses. This is similar to how ISIS targeted women for kidnapping; it is believed that many of the extremist groups Turkey backs in Syria share ideology with ISIS.

When the US tracked down ISIS leader Abu Bakr Al-Baghdadi, he was hiding in Idlib near the Turkish border. ISIS members have transited Turkey. Syrian Kurdish groups and human rights groups have called for an investigation into the targeted kidnapping and illegal disappearance of women in Turkish-occupied Afrin.

Ankara’s war on women has extended to withdrawing from the Istanbul Convention on gender-based violence. Turkey is signaling to men, especially religious extremists, that they have the backing of the government to attack women.

These attacks on women are increasing and pose a concern for those working with Turkey. For instance, if Turkey takes over the Kabul International Airport when the US leaves Afghanistan, will this lead to more abuses of women, or quiet support for the Taliban?

While there are still vibrant women’s movements in Turkey that are challenging the new trend, the level of violence and targeted killings spanning borders is a phenomenon that has grown in recent years. The war on women in Turkey is also part of an increasing crackdown on civil and human rights. For instance, LGBT activists have been targeted, as well as Kurds, minorities and opposition parties.

Turkey is also the world’s largest jailer of journalists. A recent report by Reports Without Borders noted Turkey’s crackdown in Northern Cyprus, which it occupies.

“Deniz Abidin, Kazim Denizci and Esengul Aykac, who work for the Turkish Cypriot newspaper Yeni Bakış, are facing possible six-year prison sentences for publishing a recording of a phone call in which an interior ministry official asked a man to find people willing to pay the equivalent of 1,250 euros for Turkish Cypriot passports. The prosecutor-general’s office has since charged her with corruption.”

Activists concerned about Turkey’s attacks on women and journalists have also expressed wonder at why the attacks don’t get international attention.

The murder of Deniz Poyraz was not condemned by officials in Ankara. A targeted terror attack on a political party in a NATO member country and a democracy would usually be unprecedented, conjuring up the Charlie Hebdo attacks in France. Other democracies would usually express concern, as they do when journalists are targeted in other countries such as Egypt.

But when it comes to Turkey, there tends to be silence. This is also true among some major Western media outlets that publish stories supporting Ankara’s occupation of Afrin, without any critique. On the one hand, major Western media tend to celebrate causes such as “Me Too” and “Believe Women” and even host special editions such as the “51 percent” which has been celebrated at France24 and elsewhere.

However, when it comes to caring about Kurdish women and women in Turkey being targeted, some of these slogans don’t appear to live up to their claims. It remains to be seen if the murder of Poyraz will lead to more recognition of attacks on journalists, opposition members, women and minorities in Turkey.