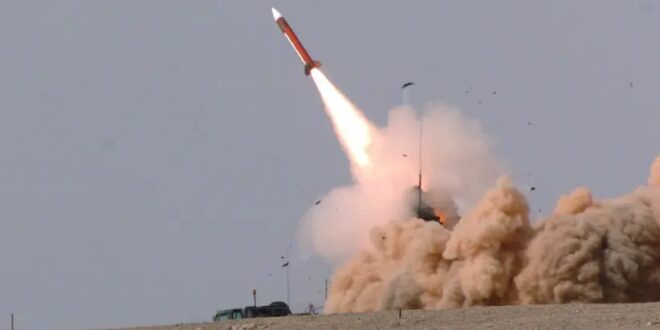 US to pull Patriot batteries from key MidEast countries – report

According to the WSJ report “the Biden administration is sharply reducing the number of US antimissile systems in the Middle East in a major realignment of its military footprint there.

The US is moving up to eight Patriot air defense batteries from key countries in the Middle East, according to a Wall Street Journal report on Friday.

The report calls it a “major realignment” of the US military footprint, potentially affecting Iraq, Kuwait, Saudi Arabia and Jordan, key US partners in the region.

This means it also could affect Israel. Air defense batteries are key to protecting countries against Iranian missiles and other threats. Removing them and their radar have far-reaching ramifications, if the reports are accurate.

According to the WSJ report, administration officials said “the Biden administration is sharply reducing the number of US anti-missile systems in the Middle East in a major realignment of its military footprint there as it focuses the armed services on challenges from China and Russia.”

This will include eight Patriot anti-missile batteries.

“Another anti-missile system known as a Terminal High Altitude Area Defense, or THAAD system, is being withdrawn from Saudi Arabia, and jet fighter squadrons assigned to the region are being reduced,” those officials said.

This comes at a time of increasing attacks by Iranian proxies in Iraq against American forces. The US had deployed Patriots to Iraq alongside C-RAM and other systems to protect US forces in 2020. Now, new drone threats are emerging in Iraq. Iranian-backed Houthis also use drones and missiles to attack Saudi Arabia, and Iran attacked the kingdom in September 2019 with drones and cruise missiles.

This report follows an Arms Control Association report in April that noted “two out of three flight tests, which aimed to integrate the Patriot and Terminal High Altitude Area Defense (THAAD) missile systems, failed because of software problems, according to a US Government Accountability Office (GAO) report published in April.”

The US recently took delivery of two Iron Dome batteries, made in Israel by Rafael Advanced Defense Systems.

According to April reports, the drawdown was already happening as several Patriot batteries had been moved. THAAD is a key system for the defense of countries like South Korea.

The US had upped troop levels in Saudi Arabia in October 2019, so some of the drawdown is simply removing forces that had been sent. Over the years, the US had carried out several displays of force in the region, with Carrier Strike Groups, B-52s and other systems.

However, the general trend is that the US is removing forces. Major US forces have been in the region for decades, peaking after the Gulf War in 1991. The US constructed new bases and moved forces from Saudi Arabia to bases in Qatar, the UAE, Bahrain and Kuwait following tensions in the 1990s and the terror attacks on September 11, 2001.

FORMER US President Donald Trump vowed to leave Syria and other “endless wars.” The US under Biden is leaving Afghanistan, a promise Trump made as well.

“The redeployment includes hundreds of troops who are members of units that operate or support those systems. The move comes as the military plans a complete withdrawal from Afghanistan by this summer and after the US last fall cut its force posture in Iraq by half – or 2,500 troops – because it said Iraqi forces could secure the country,” the WSJ reports.

According to the report, US Defense Secretary Lloyd Austin informed Saudi Crown Prince Mohammed bin Salman on June 2 of the movements. The report comes amid new focus on Iran’s drone threats and warnings by CENTCOM of the drone threats that are now emerging.

It also comes as the US and Iran are discussing a return to the Joint Comprehensive Plan of Action (JCPOA) nuclear deal, after Biden met with NATO members and Russian President Vladamir Putin in Europe last week, and amid US-Turkish tensions due to Ankara’s acquisition of the Russian S-400 defense system, resulting in Turkey being removed from the F-35 program.

For Israel, the implications could loom large. If enemies of the US take the drawdown to mean that Washington is not committed to the region, they may test the US and partner countries. Israel recently did a joint F-35 training with Italy, the UK and US in Italy, the first deployment of the Israeli F-35s abroad. It also did three joint drills with US F-35s from Al-Dhafra Air Base in the United Arab Emirates last year, called Enduring Lightning.

Air defenses such as the Patriots are key to defending the region. Saudi Arabia has used its Patriots to stop Iranian-backed Houthi threats.

The system can be used with other air defense systems. Israel has had Patriot batteries for years, for instance. It also uses the Iron Dome, David’s Sling and Arrow systems. The US and Israel worked closely to develop Arrow and David’s Sling and the US has also supported Iron Dome after Israel developed the system more than 10 years ago. In last month’s war with Hamas, the system countered thousands of rocket threats.

Reports of troop movements and withdrawals have implications, but also need to be contextualized. Reports can sometimes be used to test reactions and see what comes next. It is important to see if the changes actually happen, especially since the number of Patriot batteries in the region should be kept to some extent secret so enemies do not know where they are or what may be vulnerable.