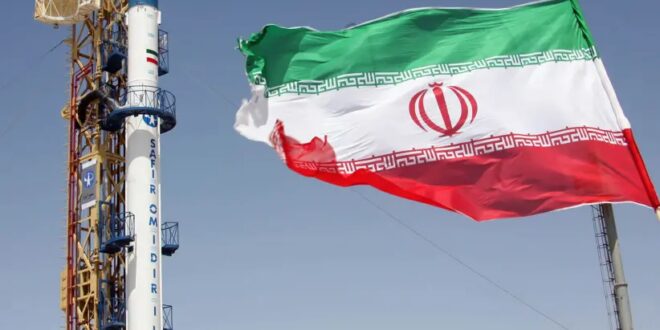 Iran fails to launch satellite into orbit as Pentagon watches

The details surrounding the failed launches, and causes of its failure were unclear, however, the report stated.

Iran failed to launch another satellite in space in mid-June, according to CNN citing US defense officials.

The Pentagon and defense officials were observing the launch and stated that while the June launch failed, the Islamic Republic is preparing for another attempt within the coming months, according to satellite imagery.

The assumption is working off the presence of fuel containers, platforms and vehicles that could be seen around the Imam Khomeini Spaceport in Iran, as well as increased activity in and around the site.

The details surrounding the failed launches, and causes of its failure were unclear, however, the report stated.

Citing a professor at the Middlebury Institute of International Studies, Jeffrey Lewis, CNN notes that the rocket used to launch the satellite is the same it uses for intercontinental ballistic missiles, purportedly the Simorgh rocket.

“The failed launch attempt is the fourth consecutive failure of the Simorgh launcher,” Lewis told CNN. “Iran seems to be struggling with this specific system. Other Iranian rockets of different designs have been more successful.”

“The Simorgh is huge and uses engines that are basically super-sized Scud engines, which are pretty inefficient,” Lewis told CNN, explaining the design flaws in Iran’s mission. “If Iran wanted to build an ICBM, it would follow North Korea’s path and build an ICBM with a better engine or motor and small enough to be transported by a truck.”

This came after Iran announced new anti-ship missiles with a range of 700km and drones that have a range of 1,500km and may be armed with anti-tank missiles. Iran has been on steroids in its attempt to show off its military capabilities at sea, in the air and in space.

At the time, Israel strongly condemned Iran’s attempt to launch the military satellite, noting that the Islamic Revolutionary Guard Corps is a Foreign Terror Organization, designated by the US.

“Today’s attempt at launching a satellite is just a facade for Iran’s continued development of advanced missile technology. Both Inter-Continental Ballistic Missiles (ICBM’s) and missiles that can carry a nuclear warhead,” a statement by the Foreign Ministry said.

The head of the IRGC lauded the mission as a complete success.

While Iran boasted about having imaging capabilities in space, experts like the commander of US Space Command, Gen. Jay Raymond, have purported that it is closer to a “tumbling webcam in space; unlikely providing intel.”

“Iran’s last space launch took place in April 2020, and placed a simple microsatellite (NOUR-1) in orbit which US Space Command continues to track. However our persistent observations of this object demonstrate it is uncontrolled and not operational,” said Orland in his statement to CNN.

That Iran specified that this is a “military satellite” clearly would have ramifications for the Middle East, if the satellite actually works as Iran says it does and can send images or provide other information for Iran’s IRGC and it would certainly threaten Israel’s security and qualitative edge in the region.

The IRGC has sought to create long-distance military capabilities to challenge the US and Israel in recent years. It has proved successful in some attacks, such as the one on Saudi Arabia using 25 drones and cruise missiles in September 2019.