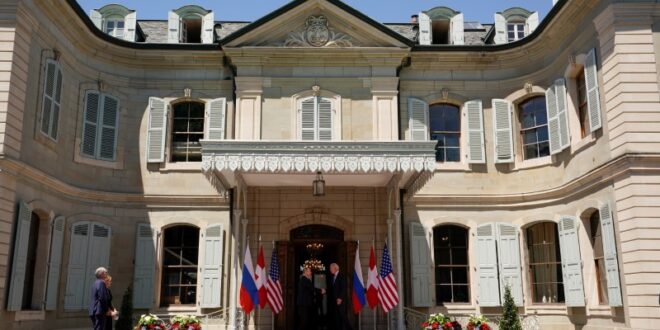 U.S. President Joe Biden did not secure a commitment from his Russian counterpart, Vladimir Putin, on Wednesday to renew a U.N. cross-border aid operation into Syria, a senior administration official said ahead of an expected showdown over the issue at the United Nations Security Council next month.

Washington and several other members of the 15-member Security Council are pushing to expand the cross-border operation, which U.N. aid chief Mark Lowcock has described as a “lifeline” for some 3 million Syrians in the country’s north.

Russia has questioned the importance of the long-running operation.

There was “no commitment, but we made clear that this was of significant importance for us if there was going to be any further cooperation on Syria,” the U.S. official said following the meeting between Biden and Putin in Geneva.

The U.S. official described the upcoming renewal as a test of whether the United States and Russia could work together.

The U.N. Security Council first authorized a cross-border aid operation by U.N. and nongovernmental organizations into Syria in 2014 at four points. Last year, it reduced that access to one crossing point from Turkey due to opposition from Russia and China over renewing all four.

The mandate for the operation expires on July 10. A resolution to extend council approval needs nine votes in favor and no veto from any of the five permanent members — Russia, China, the United States, France and Britain.

“For countless Syrians, this is a life-or-death vote,” U.S. Ambassador to the United Nations Linda Thomas-Greenfield told U.S. lawmakers earlier on Wednesday.

In the past decade, the council has been divided over how to handle Syria, with Syrian ally Russia and China pitted against Western members. Russia has vetoed 16 resolutions related to Syria and was backed by China for many of those votes.