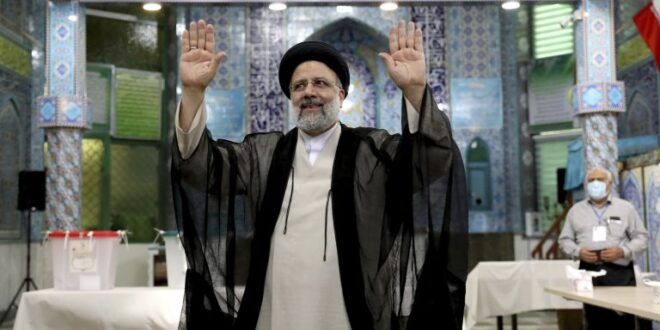 The regime’s efforts to ensure the election of a president closely allied with Iran’s Supreme Leader succeeded with the victory of Ibrahim Raisi in Friday’s vote.

As president, Raisi will be skeptical of diplomatic engagement with Iran’s adversaries and will favor Iran’s domestic industries over foreign investment.

The new president is likely to reach and implement an agreement with the U.S. on a mutual return to the 2015 Iran nuclear deal, but the timing remains uncertain.

Iran’s June 18 presidential election unfolded as expected, with the overwhelming vote for judiciary chief Ibrahim Raisi, a mid-ranking Shia cleric, in a low-turnout election. The 60-year-old Raisi won nearly 18 million of the nearly 29 million ballots cast, according to Iran’s Interior Minister. Raisi’s election win will further the plan of 81-year-old Supreme Leader Ali Khamene’i to engineer Raisi’s eventual succession as Iran’s top ruler. Raisi is a close Khamene’i ally who, like the Supreme Leader, hails from the northern city of Mashhad. However, many reform-minded Iranians refused to take part in an election widely seen as a foregone conclusion; turnout was 49% – the lowest since the establishment of the Islamic Republic in 1979. The small vote for the only reformist candidate allowed to run – outgoing Central Bank governor Abdolnaser Hemmati – reflected that boycott. Reform-minded voters had carried current president Hassan Rouhani, a moderate, to significant victories in 2013 and 2017, including his defeat of Raisi in the latter poll.

Resentment over the regime’s apparent fixing of the election could, at some point, fuel significant unrest, such as the uprising against alleged fraud in the 2009 presidential election and, more recently, over corruption and economic distress in late 2019. Many Iranians reportedly fear that Raisi’s election heralds a return to the repressive domestic policies of most past presidents. The chances for unrest increase if Raisi is unable to fulfill his campaign promises to curb official corruption and effectively address the economic effects of the COVID-19 pandemic and U.S. sanctions. During the campaign, which included several vigorous debates, Raisi promised to pursue the Supreme Leader’s oft-stated strategy of economic self-sufficiency (known as the “resistance economy”) that favors domestic industries over foreign investment – a strategy that most economists doubt will cure Iran’s economic malaise.

On foreign policy, the approach of Raisi and his hardline allies contrasts directly with that pursued by Rouhani and his foreign minister, Mohammad Javad Zarif, who advocate relations with Iran’s adversaries, including the United States, the European countries, and the Persian Gulf monarchies, to achieve economic and national security goals. Raisi’s campaign emphasized his close relations with heroes of the Iran-led “resistance axis” such as legendary Islamic Revolutionary Guard Corps – Qods Force commander Qasem Soleimani, who was killed by a U.S. strike in January 2020. One question is whether Raisi will even be permitted to travel to Europe or to represent Iran at the U.N. General Assembly meetings in the United States. While serving as a state prosecutor in 1988, he allegedly supported the killings of several thousand Iranian political prisoners in Iranian jails. Raisi has never commented on that allegation, but it’s widely believed that he rarely leaves Iran for fear of retribution or international justice over the executions. In 2019, the Trump administration designated him for sanctions under an executive order imposing U.S. penalties on officials and institutions linked to the Office of the Supreme Leader.

A key question for the Biden administration is what Raisi’s election implies for the ongoing U.S. – Iran talks in Vienna on a mutual return to compliance with the 2015 multilateral Iran nuclear agreement. There is some concern that the hardline Raisi will stiffen Iran’s negotiation positions, if no agreement comes before his early August inauguration. Because his economic philosophy does not rely on attracting foreign investment or broadening external trade, he might refuse to accede to U.S. demands for nuclear compliance to obtain U.S. sanctions relief. However, as a close ally of the Supreme Leader, who has already said that Iran would return to compliance with the deal if the United States does, Raisi is likely to complete the nuclear negotiations if Iran’s core sanctions relief requirements are met. There is also the potential for Iran to, in fact, accelerate the Vienna talks in order to try to reach an accord before Raisi takes in office. Doing so would enable Raisi to avoid hardliner criticism of Iran’s return to compliance with the deal. No matter the timing, a U.S.-Iran agreement in Vienna leaves unanswered whether the United States can achieve a broader rapprochement with an Iran led by an avowed proponent of the core tenets of Iran’s Islamic revolution.