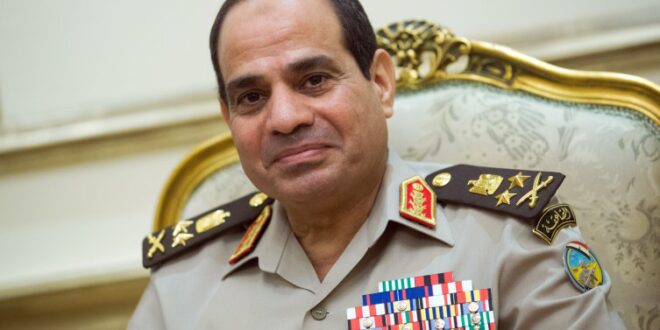 American Muslim groups urge suspension of US aid to Egypt

The US Council of Muslim Organizations (USCMO), the largest coalition of major national, regional, and local Muslim organizations, Monday sent a letter to Secretary of State Anthony J. Blinken calling on the Biden administration and Congress to demand that “the Egyptian government halt its plans to conduct a mass execution of democracy activists, faith leaders, and other political prisoners in the coming days.”

In a press release the USCMO said it is requesting the Biden administration and Congress condemn these anti-democratic death sentences, “withhold all financial and political support from Egypt’s military regime until it cancels these death sentences, releases all political prisoners, and guarantees human rights to the people of Egypt.”

The letter in part said:

Indeed, Egypt is ruled by a brutal military dictatorship with no regard for human rights, democracy, or justice. Under the military’s reign, Egypt has become the world’s third-largest executioner. In October and November 2020 alone, the junta executed 57 men and women. A 2020 Amnesty International report found that of those 57 people, over a quarter were “sentenced to death in cases relating to political violence following grossly unfair trials marred by forced ‘confessions’ and other serious human rights violations including torture and enforced disappearances.”

So far in 2021, 51 men and women have been put to death, including a Christian monk. In 2014, Impartial UN experts described the Egyptian government’s mass executions of political prisoners as a “continuing and unacceptable mockery of justice that casts a big shadow over the Egyptian legal system.”

The mass detention of political prisoners has been ongoing since 2013, when the Egyptian military overthrew the democratically elected government and massacred over a thousand anti–coup demonstrators at Rabaa Square, an atrocity Human Rights Watch called “the world’s largest killings of demonstrators in a single day in recent history.”

Mr. Blinken, time is of the essence. Twelve people are awaiting their deaths. They will be killed for no other reason than having spoken out against a tyrannical government. The United States has an opportunity to show the world its commitment to freedom and human rights by demanding that the Egyptian regime cancel these death sentences.

We ask you to privately and publicly take steps to stop this injustice and to lend your voice to the cause of political freedom for the Egyptian people.

Since the rise to power of Field Marshad Abdel Fattah el-Sisi in Egypt following the overthrow of his predecessor Mohamed Morsi in July 2013, the country has seen a wave of repression against political dissidents, sparking outrage from human rights organizations.

The widespread use of the death penalty has become a major focus for concern, as hundreds of people have been sentenced to death since 2013. So far, at least 51 men and women have been executed in 2021 alone, the Middle East Eye said on last Friday.

In 2020, the number of executions in Egypt tripled from the year before, making the country the third-most prolific executioner after China and Iran, according to Amnesty International.

Many of those executed have been described by rights groups as “prisoners of conscience” detained due to their political opposition to the el-Sisi government.

On 14 June, Egypt’s highest appeals court upheld the death sentences issued against 12 members of the opposition, paving the way for their potential imminent execution.

The court’s decision put an end to a mass trial that began in December 2015, involving 739 defendants who were charged with involvement in the 2013 Rabaa Square sit-in protest against the overthrow of President Morsi – Egypt’s first democratically elected president.

According to the Geneva-based Committee for Justice rights group, at least 92 opponents of el-Sisi have been executed since 2013, and final death sentences have been issued for 64 others who may be executed at any moment.

However, if the death penalty against the 12 Muslim Brotherhood leaders is carried out, it would be the first time under el-Sisi’s rule that well-known opposition figures are executed, the Middle East Eye pointed out.

Egypt has one of the highest execution rates in the world. In 2020, it was third only to Iran and China in the number of recorded executions, after a more than threefold rise in the span of a year – from 32 in 2019 to 107 in 2020, including 4 women.

At least 23 of the 107 people executed in 2020 in Egypt were sentenced to death in cases relating to political violence, after grossly unfair trials marred by forced “confessions” and other serious human rights violations, including torture and enforced disappearances. Executions in Egypt shot up drastically following a security incident involving death row prisoners in the notorious al-Aqrab prison in September.

According to rights group Reprieve, there have been at least 53 mass trials in Egypt since 2011, in which 2,182 people were sentenced to death.

At least 17 children have received preliminary death sentences during the same time period.

Human rights groups have repeatedly criticized the process by which death penalties are handed to defendants. Torture is commonplace in Egyptian prisons, and many confessions extracted under torture end up used as the main basis for prosecution. Death sentences are often handed down following mass trials lasting just days.

Post Views: 128
Previous The “Iran Deal” Soon to Be Resuscitated
Next Jordan king in talks with Abbas ahead of Biden summit