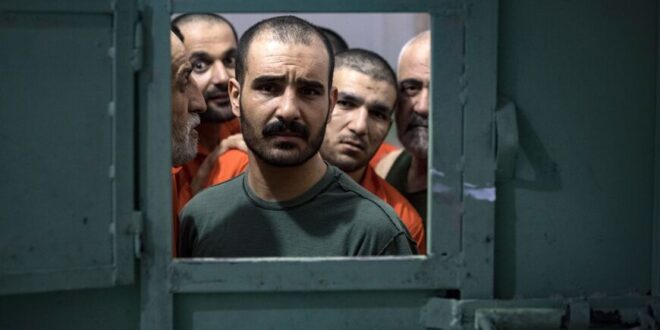 Structural problems continue to keep Turkey from putting in place a comprehensive strategy to combat Islamic State elements in the country, despite numerous operations against networks linked to the radical Islamist group.

Turkish security operations against networks linked to the Islamic State (IS) appear on the rise, but how efficient they are remains open to question amid a number of shortcomings, including the lack of adequate cooperation with foreign counterparts.

According to open-source research conducted by this author on the basis of more than 450 Turkish media reports, Turkish security forces carried out at least 105 operations targeting IS from Dec. 1, 2020, to June 1, detaining around 930 suspects, the overwhelming majority of whom were foreigners, mostly from Iraq and Syria.

A Turkish security expert who worked with the security forces until recently said the nationality of IS-affiliated foreigners apprehended in Turkey is often withheld because their home countries request so, citing two reasons — operational security and concerns to avoid negative publicity. “We have received files on nearly 5,000 IS suspects from various countries and caught about 2,300 of them in the past four years. That figure excludes suspects who have been captured after being identified by us,” he told Al-Monitor on the condition of anonymity. “But is this enough? No. New files have kept coming about members, sympathizers, supporters and financial backers,” he added.

The data derived from the research show that the number of Syrians detained in anti-IS operations is not as high as one might expect. Iraqi nationals top the list, suggesting that Iraqis in Turkey are more predisposed to IS activities than Syrians.

Another finding is that most Turkish detainees stand out as recruiters, financial sponsors and providers of logistical help and documents to foreign militants. But there are also those involved in operational cells, mostly Salafi groups made up of former Turkish defectors from al-Qaeda who later gravitated to IS such as the Yamacli and Meydan groups in the southern province of Adana, the Amer Onay group in the eastern province of Van and the Bayancuk group in Istanbul. Most of those groups have links to the IS leadership through Turkish nationals who fought in IS ranks in Iraq and Syria.

According to a journalist who closely follows IS-affiliated networks in northern Syria, Turkish IS members are more dangerous than foreign ones, even though their number is smaller than those of Iraqis and Syrians. He explained that Turkish cells usually get into contact with the higher ranks of IS through Turkish IS militants who fought in Syria and Iraq. Sometimes, he added, a Syrian would act as a liaison between Turkish and senior foreign IS members.

The findings of the research show how real the IS threat is in big urban centers in Turkey. Around 60% of the IS suspects were captured in Istanbul and Ankara, and about 30% in southern cities close to the Syrian border such as Kilis, Hatay, Gaziantep and Kahramanmaras as well as Van near the Iranian border. Diyarbakir, Sakarya, Konya, Izmir and Adana stand out as other cities with frequent operations against IS.

The security source said IS-affiliated individuals and groups are now keen on hiding behind other Salafi groups in Turkey, to which the Turkish government seems to be more tolerant, while some resort to secular disguise, attending nightlife attractions, drinking alcohol and socializing with girlfriends.

“We can say without hesitation that IS has penetrated deep into Turkey,” the expert said. He continued, “Most of the time, we are unable to tell which foreigner could be an IS member at first glance. During investigations, most of the details are blurred for us due to their ability to hide themselves and difficulties in accessing the background information of suspects. We just know that IS is not a threat beyond the border. It is very much inside the country. What we need is to build a comprehensive security approach with intelligence, home country cooperation, preemptive investigation and cyber capabilities.”

What can be deduced from those findings?

To start with, anti-IS operations in Turkey can be divided into two main categories. The first involves roundups conducted on a “seasonal” basis in December, January and February to prevent attacks around New Year’s events. Ostensibly, this is also a time to collect information for more extensive operations. In this context, the operations appear to be blind and accidental in general, aiming mostly to deter IS-affiliated networks rather than crush them.

Crucially, the research suggests that Turkey’s operations against IS lack inter-institutional cooperation. Although the National Intelligence Organization (MIT) is not authorized to operate inside Turkey, many operations are conducted with intelligence provided by the MIT, but there is no clear cooperation with the police.

An ill-advised refugee policy and difficulties in controlling refugees appear to be the core factors behind Turkey’s failure to stop the involvement of foreign nationals in IS-affiliated groups in the country. The security source told Al-Monitor, “Our first priority should be to cut the operational, financial and logistical connections between Turkish citizens and foreigners in IS-affiliated groups in Turkey, but given the current posture, we remain far from achieving this important objective.”

Indeed, the easy passage that Turkey offered to Syrian refugees has made it easier for IS elements to enter the country and settle in big cities. The refugee influx has meant a huge workload of checking and verifying the identities of millions of people. No matter how much effort one puts in, the review of IDs takes too long to yield results as verification with Baghdad takes at least several months or fails directly in the case of Syrians due to the lack of any dialogue with Damascus, according to the security source. All those downsides mean that operations on the ground often start from point zero. This, in turn, makes it easier for IS members to hide and change identity or location. As a result, only an estimated 25% of IS suspects in the high-risk category are being caught.

Finally, there is no benchmark to measure the efficiency of Turkey’s anti-IS operations, although they may seem intense and successful. Turkey refrains from releasing ample data on the issue, but the picture emerging from the analysis of open-source data suggests that Turkey remains a place where a significant number of foreign IS militants continue to take shelter.