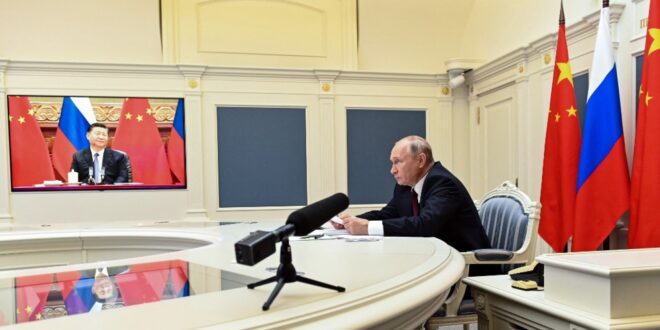 The leaders of China and Russia on Monday announced the extension of a 20-year-old friendship treaty, hailing increasingly close ties and the “stabilizing role” of their relationship.

The Kremlin published a joint statement from Russia and China to mark two decades since the treaty was signed, as Vladimir Putin and Xi Jinping held a televised meeting by video link.

The past several years have marked a period of intensified cooperation for Moscow and Beijing as the two global powers face common tensions with the United States.

The two countries have developed economic, military and energy ties while supporting each other on a number of issues, especially when faced with criticism from the West.

Putin said the friendship treaty has brought relations to an “unprecedented height” and that in February 2022 it will be extended for another five years.

He hailed the accord — which he signed in 2001 with China’s former president Jiang Zemin — as a “fundamental international legal document” and said that Russia-China cooperation “plays a stabilizing role in global affairs.”

“As the world has entered a period of turbulence and change, and humanity faces various risks, close Sino-Russian cooperation brings positive energy to the international community,” Xi said, according to a transcript released by the Kremlin.

He said relations between Russia and China “set an example for the formation of a new type of international relations.”