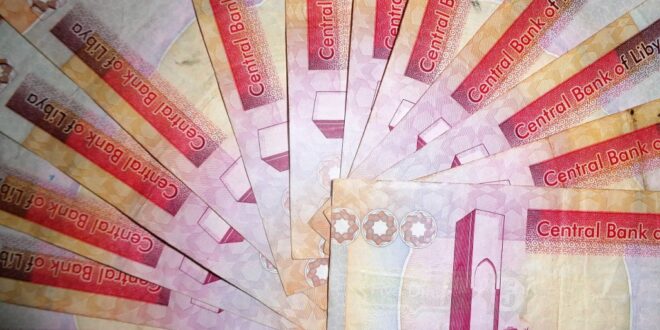 A study on Libyan household economic vulnerability to price fluctuations and access to cash in the first five months following the devaluation of the Libyan dinar showed that there have been improvements.

The study has drawn on 15 months of price data to explore other factors that might affect Libya’s Minimum Expenditure Basket (MEB).

After the CBL decision to devalue the LYD, many actors expressed concern that the MEB will dramatically increase, nonetheless the large price increases for basic commodities had not yet substantiated, the study concludes.

Five months after the devaluation of the Libyan dinar (LD), the study says the cost of the minimum expenditure basket (MEB) decreased by 0.4% from December 2020 to May 2021, despite a spike in certain imported goods.

During the above mentioned time period, the study found that exchange rates, letters of credit (LCs), international prices, conflict and oil production were factors impacting the MEB.

The study reports that findings from the April 2021 Joint Market Monitoring Initiative (JMMI) indicated that the liquidity crisis has become less severe, with the largest improvements in access to cash found in west Libya, where 43% of interviewed households reported being able to withdraw sufficient cash to meet needs, compared to just 12% in November 2020.

In east Libya, 8.1% of the interviewed households reported to be able to withdraw sufficient cash in November, compared to 0% in April 2021.

In south Libya, 0.4% of interviewed households reported being able to withdraw cash, however, findings suggest that cheque mark-up fees, the principal method of attaining cash on the parallel market, have reduced considerably.

Prices have gone down

However, the spike was shortly followed by a correction, returning to pre-devaluation levels in April 2021. Within 6 months, the west Libyan MEB rose by 3.9%, compared to the south and east that decreased by 5.4% and 3.9% respectively. When comparing the changes to the MEB from the past five months to January – December 2020, the MEB fluctuations have been less volatile in 2021.

However, the report says the historical pricing volatility demonstrates the vulnerability of key commodities in Libya. This study also addresses how the increased value of LCs issued by the CBL, the appreciation of the LD on parallel exchange markets, the continuation of oil production and reduced conflict have contributed to the stability of the basic commodity trends over the past 6 months.

Post Views: 264
Previous Greek Consulate in Benghazi opened
Next The England squad is built on immigration – yet our xenophobic government dares to cheer it on