As Ethiopian Troops Exit Tigray, Time to Focus on Relief

The devastating civil war in Ethiopia’s Tigray region took a stunning turn on 28 June. Eight months after Prime Minister Abiy Ahmed ordered a federal military intervention to remove Tigray’s governing party from power and quash Tigrayan loyalist forces, federal troops had to abandon almost all the territory they had taken. Thousands of soldiers departed Mekelle, Tigray’s regional capital, along with the administrators Addis Ababa had appointed to replace the ousted Tigrayan leadership. The withdrawal marked a major victory for the Tigray Defence Forces (TDF) in their insurgency against federal troops and allied Eritrean and Amhara regional forces. Addis Ababa tried to cover the retreat by declaring a ceasefire, which Tigrayan leaders rejected. It is a seismic development in Ethiopia’s worst security crisis in decades. But it does not appear that the troops’ departure will bring swift relief to a population badly in need of aid. Famine is imminent. All sides should place the highest priority on allowing food to reach Tigrayans by facilitating access for humanitarian convoys.

Addis Ababa and Mekelle have been locked in a power struggle since 2018, when Tigray’s leaders began losing most of the federal influence they had long held. After taking office in April of that year, Abiy consolidated his power by fusing Ethiopia’s regional ruling parties into a new Prosperity Party in late 2019 while accelerating efforts to open up the country’s economy and political space. But the Tigray People’s Liberation Front (TPLF), Tigray’s ruling party which had been a dominant force in Ethiopian politics for decades, refused to join in Abiy’s merger, arguing that the new structure undermined the regional autonomy that the 1995 constitution guarantees. In June 2020, federal authorities delayed national elections because of the COVID-19 pandemic, extending all governments’ terms until the vote could be held. Defying Addis Ababa’s decision, Tigray declared the extension unconstitutional and ran its own regional vote that September. Abiy’s government subsequently declared the newly elected TPLF leadership illegitimate, paving the way for military intervention.

Tigray’s government, claiming that troop movements indicated a federal incursion was imminent, struck first on 3 November 2020 by forcibly taking over federal military bases in Tigray and commandeering the armoured vehicles and artillery pieces there. Addis Ababa immediately sent in the rest of its military, backed by Eritrean forces and Amhara paramilitaries and militias from the region south of Tigray. The coalition made rapid gains. On 28 November, it forced the TPLF government from power – and out of Mekelle – amid a near-total blockade on the region. Saying the war was over, the federal government appointed an interim administration and announced its intention to rebuild Tigray.

Abiy’s claims of victory were premature. An overwhelming majority of Tigrayans had backed the TPLF in the controversial regional election. The federal military intervention, which many Tigrayans perceived as an occupation, fuelled a sense of injustice among Tigray’s public and galvanised support for armed resistance. Having lost control of Mekelle, Tigray’s leadership formed strongholds in rural areas instead. As fighting spread, reports of atrocities further inflamed popular sentiment against the intervention. Allegations of Eritrean crimes against civilians proved particularly critical in stiffening Tigrayan resistance. Eritrean soldiers reportedly killed and sexually abused civilians and engaged in widespread looting of private and public property in the region. For months, however, Abiy denied that Eritrean troops were even deployed in Tigray. He finally acknowledged their presence in May, also saying Asmara had agreed to withdraw them.

Buoyed by a swell of popular support, the TDF mounted a highly effective insurgency. The drawdown of a federal drone campaign, which in November and December destroyed much of the military hardware Tigrayans had seized at the war’s outset, helped its efforts, as did ambushes on Ethiopian and Eritrean army convoys. Although they had no apparent external supply line, Tigray’s resistance leaders say they were able to capture weaponry and equipment from federal and Eritrean troops, which allowed them to gradually build up the defence forces’ capability and launch a major counteroffensive. By June’s end, the TDF had taken back control of much of central Tigray, including areas around Mekelle, spurring the federal evacuation. With federal forces on the back foot, thousands of Eritrean troops retreated northward to take up positions along Eritrea’s contested border with Ethiopia (roughly half of which is Tigray’s northern boundary).

The war has come at a staggering cost to Tigray’s population. Fighting erupted around harvest time, worsening already chronic food shortages. Checkpoints set up by Eritrean and Ethiopian forces barring entry to areas under TDF control blocked aid for months. Partly due to international pressure, federal authorities eased some access restrictions in March. Since 1 May, they, the World Food Programme and U.S. agencies have delivered food to over 3.7 million people, well below their target of 5.2 million. In early June, aid agencies said 353,000 people were experiencing “famine conditions”. A multi-partner food security assessment warned in June that if the conflict intensified, hampering humanitarian aid, people in three zones – North-Western, Central and Eastern Tigray – would face famine, and an additional 2.1 million people in Tigray would be living in “emergency conditions”, the step before “famine” level. The UN now estimates that 400,000 face “famine conditions”. Unless aid agencies can reach the most stricken areas rapidly, people will die of hunger and the number of those in dire need will balloon.
” The imperative for all sides [in the Tigray conflict] must now be to facilitate access for relief convoys. “

The imperative for all sides must now be to facilitate access for relief convoys, ramping up the delivery of food aid to millions of Tigrayans and ensuring that farmers can plough and plant as the rainy season sets in.

For their part, Tigray’s leaders should turn their focus to preventing mass starvation rather than seeking right away to exploit their military gains. The temptation for Tigrayan leaders will likely be to quickly try to regain control of western Tigray, which the neighbouring Amhara region seized in the early weeks of the war on the grounds that the TPLF had unjustly annexed it in the 1990s. Indeed, Tigrayan forces appear to be gearing up for an offensive. They should put such plans on hold, at least to give time for Addis Ababa to ensure the Amhara region gives up administrative control of those areas governed by Tigray prior to the recent conflict and allow for constitutional procedure to adjudicate its territorial claims as part of broader efforts at post-war reconciliation.

Abiy’s government – which claims to have strategically withdrawn from Tigray having achieved its main objectives and alleviated the humanitarian emergency – can do other things to lessen the population’s hardship. First, it should push Asmara to withdraw Eritrean troops from Tigray. Not only could an Eritrean exit accelerate aid delivery, as Eritreans blocked aid to parts of northern Tigray, but a complete pullout could also prevent renewed confrontations between Tigrayan and Eritrean forces. (Ideally, going forward, to defuse a standoff that has lasted two decades, authorities in Addis Ababa and Mekelle should reach agreement to finally carry out a 2002 UN boundary commission’s decision on the international border, whose non-implementation has angered Asmara.)

Secondly, federal authorities should establish a minimum level of cooperation with Tigray’s leaders and ensure the provision of vital services such as telecommunications, electricity and banking, all of which are controlled to some degree at the national level. There are reasons for Addis Ababa to do so beyond the critical humanitarian concerns. If it does not loosen its stranglehold on the region, the TDF might well look to open up a supply corridor to Sudan through Amhara-administered areas. Not only would that mean heavy fighting between Tigrayan and Amhara forces, but it could also lead to confrontation between Sudanese and Ethiopian troops (already at odds over the Nile waters dispute and the al-Fashaga border region) and exacerbate serious tensions between Khartoum and Addis Ababa.

Thus far, the federal government’s signals bode ill. An Ethiopian official told Crisis Group in the days after withdrawal that Addis Ababa wants to seal off Tigray from anything other than humanitarian aid in order to thwart the regional leadership’s ambitions. Retreating federal soldiers looted UN satellite internet equipment and reportedly emptied banks before fleeing Mekelle. Addis Ababa has closed Tigray’s airspace and Ethiopian soldiers and Amhara forces have been blocking World Food Programme trucks from reaching Mekelle. Federal authorities have shown no inclination to fully restore the region’s power supply or telecommunications. On 1 July, a bridge over the Tekeze river collapsed, severing a key route into central Tigray. Diplomats and UN officials say Amhara and federal forces likely sabotaged the bridge, while the government blames the TPLF. The cumulative effect is one of debilitating isolation.
” With famine conditions spreading [in Ethiopia’s Tigray region], continued international pressure on Abiy’s government is essential. “

With famine conditions spreading, continued international pressure on Abiy’s government is essential. Addis Ababa’s crackdown on Tigray has already forced the European Union (EU) and the U.S. into an abrupt policy shift toward their long-time partner. In December, the EU suspended $107 million in budget support for Ethiopia over the obstacles the army had placed in humanitarian workers’ path. In May, the U.S. imposed visa restrictions on unnamed actors in Tigray’s war, targeting current and former Ethiopian and Eritrean officials. Looking forward, outside actors should press Abiy’s government to lift the de facto federal embargo on Tigray and facilitate a complete withdrawal of Eritrean troops. As concerns the status of contested territory in western Tigray, they should back an arrangement whereby the TDF agrees not to press its military advantage there, and Amhara returns administration to Mekelle pending resolution of the inter-regional dispute through constitutional procedures. They must also impress on Tigray’s leaders the need to put famine relief over warfare. The U.S., one of Ethiopia’s largest donors, which has been increasingly vocal about the crisis, should lead these efforts.

More broadly, the setback for the federal intervention in Tigray should be cause for a rethink in Addis. More coercion and outright force will not pacify the region. For Tigray, but also for the country more broadly, an approach rooted in reconciliation and accommodation – likely entailing some form of national dialogue – is the only way to stop Ethiopia’s federation fracturing further. Although thus far little suggests Abiy’s government is looking for a fundamental reset, it should kick-start a maximally inclusive effort at reconciliation, both with Tigrayan leaders and elsewhere in the troubled country, particularly Oromia, where another insurgency is gathering strength. For their part, Tigrayans have suffered horrific violence over the past eight months, notably at the hands of Eritrean forces seemingly invited in by the federal government. But ideally, Tigray’s leaders, too, would send mollifying signals rather than fight on and agitate for secession, which would likely entail years of more violence. Should Addis Ababa initiate a comprehensive reconciliation attempt, they should respond positively and participate.
” It is not too late to avert famine in Tigray or to prevent Ethiopia from further coming apart. “

It is not too late to avert famine in Tigray or to prevent Ethiopia from further coming apart. In June, Abiy oversaw an election that is likely to hand his Prosperity Party a significant majority – and which unfolded relatively peacefully in the areas where it could be held. A refusal to turn toward more conciliatory measures could leave the 2019 Nobel Peace Prize winner’s administration a virtual pariah, at least among Western governments whose support is needed to bankroll the reforms Abiy hopes to roll out. The converse approach could save thousands of lives, notably in Tigray, salvage what was once a promising democratic transition and safeguard a country whose stability is pivotal to that of the Horn of Africa. 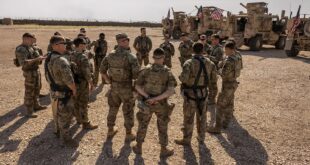 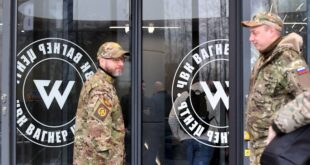 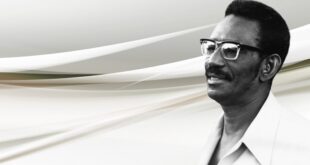 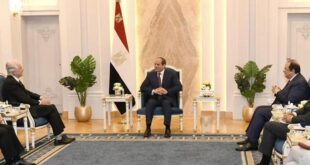