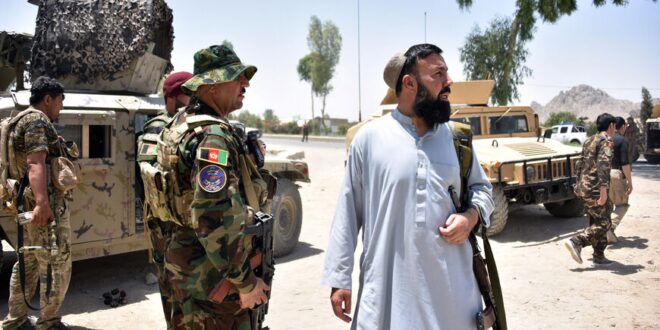 The Taliban has gained control of a border crossing between Afghanistan and Iran ahead of the pending US troop withdrawal.

The Taliban has taken control of a major Iran-Afghanistan border crossing, prompting a response from an Iranian commander. Iran and the Islamic fundamentalist movement have cordial relations ahead of the looming US military withdrawal from Afghanistan.

The Taliban seized control of the northwest Afghani town of Islam Qala near the Iranian border, the BBC reported on Friday.

“We closely monitor the slightest movements near the borders and will not allow the slightest illegal motion through these borders,” said Arianfar, as reported by the semi-official Press TV. “The southeastern and eastern borders of the country are under 24-hour surveillance and are fully secure.”

Hundreds of Afghan soldiers and civilians have fled into Iran and Tajikistan recently, according to Reuters.

The US military is scheduled to withdraw from Afghanistan in August. The United States and NATO allies toppled the Taliban in 2001 following the Sept. 11 attacks and have been supporting the Afghan government in its fight against the Taliban since. The Taliban has never been fully defeated, however, and claim to control 85% of the country at present.

Afghanistan borders Iran to the east and the Islamic Republic has interests there. Iran hosted delegations from both the Afghan government and the Taliban in Tehran for talks this week. Iranian officials vocally oppose the US military presence in their neighbor, a point of agreement with the Taliban.