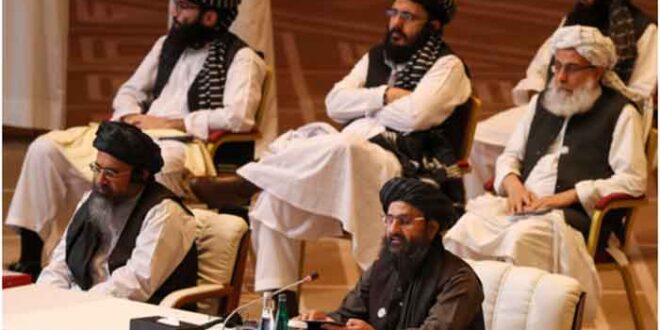 On July 7, 2021 Iran hosted talks between the Afghan Government and Taliban (the Taliban delegation was led by Sher Mohammad Abbas Stanikzai). The same day, the Taliban attacked the Badghis provincial capital Qalat-i-Naw. Iranian Foreign Minister, Javad Zarif emphatically stated that the Afghan people should decide their own future, while also stating that there was a major threat to security. As of Friday, July 9, 2021 Taliban claimed to have captured 85% of Afghanistan’s territory (it is tough to verify such claims however). Taliban have not only captured Islam Qala, a key border crossing with Iran on July 9, but also advanced into the city of Kandahar.

Iranian Foreign Minister Zarif underscored the point, that dialogue was the only way ahead for finding a way out of the current imbroglio in Afghanistan.

‘…commitment to political solutions the best choice for Afghanistan’s leaders and political movements”.

Tehran, which shares a 945 kilometre border with Afghanistan, also hosts 3 million Afghan refugees, and migrant workers and has expressed its concern with regard to the growing turmoil in the country as a result of US withdrawal of troops.

If one were to look beyond the Afghan-Iran bilateral relationship as well as the fact that Tehran is likely to be impacted by events in Afghanistan, the meeting is an attempt by Iran to send out a message, to Saudi Arabia (which for long has positioned itself as the key geopolitical player in the Middle East) and US, with regard to its geopolitical relevance.

While with Saudi Arabia, Tehran’s ties have witnessed an upswing in recent months with Riyadh also expressing its keenness to resolve bilateral issues. Senior officials from both countries met in Iraq in May. Saudi Crown Prince, Mohammed Bin Salman in a media interview in April 2021 clearly batted in favour of better Saudi-Iran ties, while not denying that differences did exist between both sides. Talks were held between Saudi and Iranian officials in April and May in Baghdad and are likely to shift to Oman

Iran’s ties with the US under the President elect Ebrahim Raisi, a hardliner in comparison to outgoing president Hassan Rouhani, are likely to face more challenges (at least in the short run). The Biden Administration had made attempts to rejoin the Iran Nuclear deal /Joint Comprehensive Plan of Action (JCPOA signed in 2015 between Iran and P5+1 (the Trump Administration had withdrawn from the JCPOA in 2018), but it had limited time.

While the Iranian Presidential election was held in June, the Vienna negotiations in which US participated indirectly, and other signatories to the deal including E3 (UK, Germany and France, Russia and China were pro-active began only in April 2021. Some ice has been broken between Iran and US, but no real outcome should be expected till August, when Raisi takes over. Iran’s announcement that it would begin producing enriched uranium metal has also drawn severe criticism from E3 countries and could act as an impediment to the renewal of the JCPOA. It would also be pertinent to point out, that due to domestic pressures, it was very tough for both sides to move away from stated positions (while the US had said it would remove sanctions once Iran fully complies with the terms and conditions of the 2015 deal, Iran stated that it could only do so after US removed economic sanctions) .

Need for US-Iran engagement on Afghanistan

Biden has shown pragmatism on a number of foreign policy issues. A strong example of this is, how in spite of his criticism of Russia he has not refrained from engagement and finding common ground with Moscow. Similarly, realising Turkey’s importance in Afghanistan (Turkey had offered to safeguard Kabul Airport after the withdrawal of US troops) he has sought to improve ties with Istanbul. During a meeting between Biden and Turkish President Reccep Tayyip Erdogan, on the side lines of the NATO Summit, a number of issues were discussed and both sides agreed that the meeting was positive. During the Summit, Turkey — a NATO member made a commitment that it would keep its troops in the country, to safeguard Kabul Airport.

It is important, that the US engages with Iran in a more pro-active manner, albeit indirectly not just on JCPOA, but also Afghanistan, so far Biden has publicly spoken about the role of Russia but given the tensions with Tehran he has not really made a mention – though there has been a growing chorus by US allies for a back channel with Iran on Afghanistan (given the fact that US is engaging with Iran indirectly on JCPOA and other changes taking place, some engagement would already be going on but this needs to be substantial and more effective). On the other hand, Beijing, Moscow, Tehran have been working to find a common strategy to counter the likely security challenges in Afghanistan.

Neither Tehran nor Washington can engage publicly, but it is important for Biden to open an effective back channel to Iran via US allies in the GCC, such as Oman, Saudi Arabia and UAE, in the GCC for Afghanistan. Iran, in spite of moving closer to Beijing and Moscow in recent years as a result of Trump’s flawed Iran policy, would not like to send out a signal, that it is blindly kowtowing to any external force including China (the Iran-China 25 year agreement was viewed with suspicion in Iran by many including Former Iranian President Mahmoud Ahmadinejad who called it a suspicious deal) and a working relationship with Washington on the Afghanistan would only benefit it.

In conclusion, the Biden Administration should give priority to the relationship with Iran seeing the changing political landscape. While due to domestic pressures and lobbies within the US, progress with regard to Washington getting back on board the JCPOA has been impeded, it is important that US does not miss out on pro-active back channel diplomacy and engagement with Iran on Afghanistan. 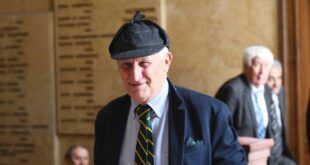 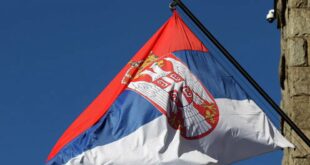 Vladimir Putin’s full-scale invasion of Ukraine is fast approaching the one-year mark, but the attack …