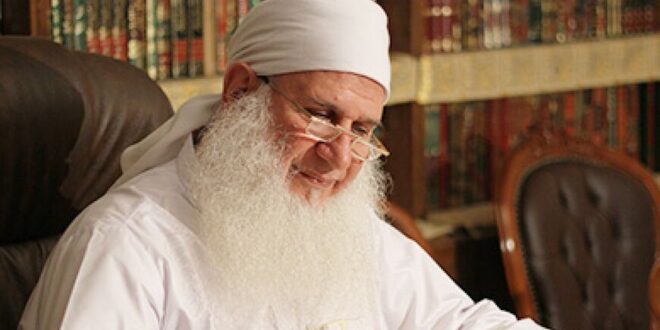 Cairo cracks down on Salafist preachers

The Egyptian state and its institutions have been waging a fierce campaign against the preachers of Egypt’s Salafi movement over ties to the Muslim Brotherhood.

The Egyptian government and pro-state media have launched campaigns against well-known Salafi sheikhs. Meanwhile, a series of decisions banning them from preaching at mosques have been issued.

On June 28, the Egyptian Ministry of Religious Endowments banned Alaa Muhammad Hussein Yaqoub, the son of prominent Salafi preacher Muhammad Hussein Yaqoub, from preaching at mosques. The decision came in the wake of a fierce campaign by pro-regime media against his father, Muhammad, after the father testified in a court case involving 12 people accused of being involved in attacks against security forces in Greater Cairo.

Some of the defendants in the case had said they were influenced by the ideas of Salafi sheikhs, including Muhammad Hussein Yaqoub. But he denied any links with the defendants and attacked them in his testimony in court June 15. He took back his fatwas and religious opinions and renounced Salafism.

Egyptian media outlets attacked Salafi preachers. journalist Ibrahim Eissa said June 17 on his talk show Hadith al-Qahira on the al-Qahira wal Nas channel,​​​​ “The [Muslim] Brotherhood’s fall is a reason behind the relative weakness of the Islamist and Salafi currents. But that has not put an end to their ideas.”

On his program on MBC Egypt on June 19, Amr Adib, an Egyptian media figure, lashed out at Salafi sheikhs’ support for former President Mohammed Morsi and Brotherhood rule. Adib said, “Sheikhs of the Salafi movement, such as Sheikh Muhammad Hassan and Muhammad Hussein Yaqoub, were loyal to Islamist groups under Morsi rule, not to the homeland.”

At the outset of the 1980s, Muhammad Hussein Yaqoub and other Salafi sheikhs attracted a large segment of Egyptians who regularly went to mosques where they preached. Their religious lessons were recorded onto cassette tapes and were very popular.

The Muslim Brotherhood and Morsi’s accession to office in 2012 helped lead to the Salafi sheikhs’ regular appearances on satellite television channels through which they advocated for political Islam and its ideas.

A number of Salafi sheikhs also played a prominent role in the mediation between then-Defense Minister Abdel Fattah al-Sisi and Brotherhood leaders during the sit-ins at Rabia al-Adawiya Square in Cairo after Morsi’s ouster. Hassan confirmed in 2016 having met with Sisi in August 2013 on coming to agreement on ways to avoid the forcible dispersion of the protesters. But Muslim Brotherhood leaders opposed this and rejected meetings with Sisi.

Hundreds were then killed on Aug. 14, 2013, when the Rabia al-Adawiya protests were broken up by security forces.

Parliament has also been a part of the campaign against Salafi sheikhs. On June 20, parliament discussed a bill involving harsh penalties, including prison sentences and financial fines, against those who do not have the authority to issue fatwas.

The campaign also involved judicial measures against Salafi associations. The Egyptian Administrative Court is examining a lawsuit to dissolve Egypt’s prominent Salafi groups and their branches, including the Ansar al-Sunnah al-Muhammadiyah Society.

On June 22, Egyptian lawyer Samir Sabry filed a claim before the public prosecutor and the Supreme State Security Prosecution, requesting that Hassan be added to the terrorism list and be banned from travel.

On June 15, Egyptian lawyer Hani Sameh also filed a claim to the public prosecutor against Muhammad Hussein Yaqoub on charges of preaching and issuing fatwas, saying this does not fall into his area of competence, and for disseminating extremist ideas.

Maher Fargali, an author and expert on Islamist groups affairs, told Al-Monitor, “The campaigns against Salafi preachers, especially influential ones, will weaken their movement and limit the spread of Salafi ideas in the Egyptian street.”

He added, “Such campaigns serve the interests of the state, because the Egyptian street does not differentiate between Salafists and the Muslim Brotherhood, which is hostile to the state. Hence, the Islamist currents’ popularity would be negatively affected.”

He said, “The Salafi sheikhs played a role in influencing and shaping the mind of a large segment of extremists and terrorists. For instance, jihadi Adel Habara, who committed several crimes against the armed forces and police, confessed that he was influenced by Sheikh Hassan at an earlier age.”

Habara, who was sentenced to death for killing 25 soldiers in Sinai, said during the prosecution’s investigation that a number of Salafi sheikhs, most notably Hassan, gave him classes.

Fargali said, “Salafi preachers did not express positions against the ruling regime, although they were biased in favor of the Muslim Brotherhood before Morsi’s ouster.”

He said, “The state is well aware that [the Salafi] movement holds an opposing position, although it refrains from voicing it. That is why it [the state] is keen to weaken their influence in the street.” 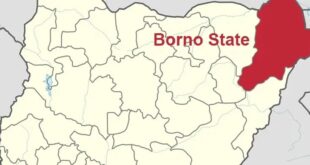