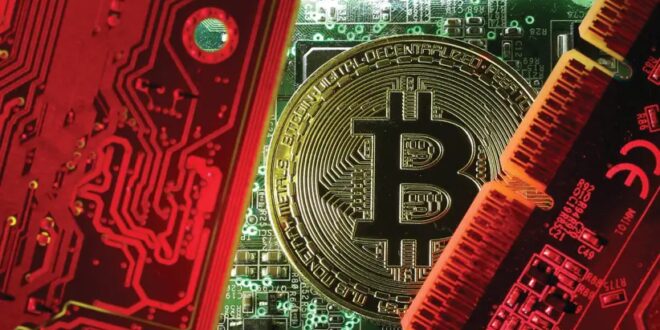 The sum which was seized reportedly included funds meant for, but not limited to, the Izzadin al-Qassam Brigades (the Hamas military wing).

Israel’s National Bureau for Counter Terror Financing (NBCTF) last week released information regarding the seizure of cryptocurrencies which had been transferred to the Hamas organization.

The report detailed that this was the first time such a wide variety of cryptocurrencies was seized, as the seizure also included cryptocurrencies other than Bitcoin – Tether, Ether, XRP and more.

The sum which was seized reportedly included funds meant for, but not limited to, the Izzadin al-Qassam Brigades (the Hamas military wing).

The seizure comes after a sizable uptick in cryptocurrency donations to Hamas in May – based on a report by The Wall Street Journal – following increased fighting between the group and Israeli forces.

Omri Segev Moyal, CEO of the cyber crisis company Profero, explained in a statement how the bureau was able to locate and seize the supposedly untraceable currency, saying that “Once you go beyond the boundaries of the blockchain to the worlds of exchange platforms, you immediately lose anonymity and then, as in the present case, states and law enforcement agencies are able to locate and freeze the currencies used by criminal and terrorist organizations.”

“In addition, when the network is completely exposed, you can very accurately track the trajectory of the coins and locate their final destination,” Moyal said.

Noa Mashiach, CEO of the Israeli Bitcoin Association, also responded to the seizure in a public statement, saying that “The seizure and forfeiture of Hamas’s donations proves that Bitcoin is a safe currency.”

“Criminals who make use of this financial system will find out the hard way that the open transaction log, the blockchain, will expose them and allow law enforcement agencies to act against them,” Mashiach said.

“This is a significant improvement over anti-money laundering bans and also over international bank accounts, which are hidden behind a wall of bank-client secrecy,” she said, reiterating that “Bitcoin is a safe currency, and it is precisely these perceptions that should encourage regulators to adopt and use it, as it makes it possible to expose the bad and do good with the good.”

Post Views: 181
Previous Diplomatic push is on to prevent another Israel-Hamas war in Gaza
Next Will Turkey use Syrian mercenaries in Kabul?