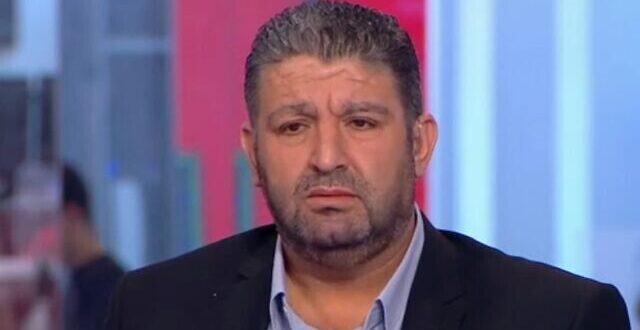 Businessman Yaqoub Abu al-Qia’an, who was briefly a Knesset candidate in right-wing Telem party, accused of providing information to Iranian intelligence via a contact in Lebanon

A Bedouin Israeli millionaire who briefly ran for Knesset with former defense minister Moshe Ya’alon was charged on Monday with passing information to Iranian intelligence through contacts in Lebanon, the Shin Bet security service said after a gag order on the case was partially lifted.

Yaqoub Abu al-Qia’an, a former politician and construction magnate who is a resident of the Bedouin town of Hura in the southern Negev region, was indicted at the Southern District Court in Beersheba on charges of contact with a foreign agent and passing information to an enemy.

He is suspected of maintaining prohibited contacts with a Lebanese-Iraqi man and, through him, having contact with Iranian intelligence figures to whom he passed information, according to the Shin Bet. Channel 12 news reported that he supplied information of “no value” to the Iranians, including details on the movements of Benny Gantz, today Israel’s defense minister, that was publicly available.

In 2019, Ya’alon put Abu al-Qia’an onto his Telem party’s slate for the March election of that year. He was never officially registered and did not ultimately make it into the running for Knesset after Telem merged with two other parties to form the Blue and White coalition.

Abu al-Qia’an was arrested on June 10 and held in custody without being able to contact his attorneys for several weeks.

During the investigation, the security service determined that Abu al-Qia’an had been in prolonged contact with Haidar al-Mashhadani, who acted as a go-between for Iranian intelligence figures, according to the Shin Bet.

“As part of these contacts, Abu al-Qia’an provided updates of what was going on in Israel,” the security service said.

Abu al-Qia’an also asked to meet with other figures working with al-Mashhadani, while being aware that they were Iranian nationals, authorities said. According to the Shin Bet, the defendant emphasized the need to hold such meetings covertly. In the end, the meetings did not take place.

Aside from the intelligence information passed between the sides, the contacts also focused on potential business opportunities in various Arab countries in the region, according to the Shin Bet.

The security service said the case came to light as part of its ongoing activities in recent years to thwart attempts by Iran and its proxy, the Lebanese terror group Hezbollah, to enlist the help of Israelis in the country and abroad in order to attack senior Israeli figures in the defense establishment and to gather information.

No further details of the case were provided.

Last week the Ashkelon District Court allowed news outlets to report only that an Israeli citizen suspected of serious national security crimes had been held in custody for nearly three weeks without being allowed to speak to an attorney.

Lawyers for the suspect, now revealed as Abu al-Qia’an, denied the allegations of national security crimes to Hebrew media and said the court had ordered his release from custody.

According to Channel 12, the state appealed to retain him in custody.

“Our client is a loyal citizen to the State of Israel and it’s not for nothing that the court ordered his release today,” his attorneys said at the time.

Post Views: 551
Previous Can the Afghan government draft a new constitution with the Taliban?
Next Will Turkey use Syrian mercenaries in Kabul?