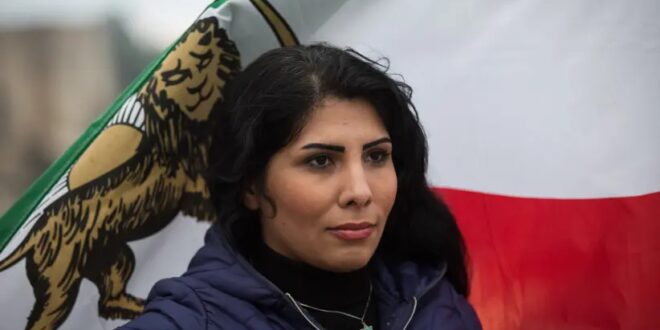 Iranian dissidents to visit Israel next week – why?

Iranian expats support Israelis in light of the latest attacks by Hamas and Palestinian Islamic Jihad, which are sponsored by Iran.

A delegation of Iranian dissidents and expatriates plans to pay a solidarity visit to Israel next week with officials from the Trump administration.

The mission is being organized by the Institute for Voices of Liberty (iVOL), a policy institute dedicated to encouraging freedom, human rights and democracy in Iran, it said in a press release. It includes eight Iranian expats and four former officials and is meant to demonstrate support for Israel in light of the latest attacks by Hamas and Palestinian Islamic Jihad, which are sponsored by Iran.

The delegation will meet with Foreign Ministry representatives, visit an IDF unit and hear from security experts. It plans to visit towns in the Gaza Strip periphery, as well as the northern border to learn about the threat from Hezbollah. The participants will also tour historic sites in Jerusalem.

The Abraham Accords show there is potential for greater peace, security and prosperity in the Middle East and that Iranians also deserve to take part, despite their hostile and antisemitic regime, former US deputy national security advisor Victoria Coates was quoted as saying.

Coates cited an op-ed she and Len Khodorkovsky, a former senior adviser to the US special representative for Iran, wrote in The Jerusalem Post this year, calling for a “Cyrus Accords” between Israel and Iranians, named after Cyrus the Great, the Persian king who allowed Jews to build the Second Temple in Jerusalem.

“This iVOL mission is an important step towards realizing that vision; once the Islamic Republic joins so many other ruthless, authoritarian regimes on the ash heap of history,” Coates said.

Khodorkovsky is expected to join the delegation, as well as Ellie Cohanim, former deputy special envoy to monitor and combat antisemitism, who was born in Iran, and US Department of Defense strategist Adam Lovinger.

Most of the members of the group will be traveling to Israel for the first time. They will meet with Israelis of diverse backgrounds and religions during their visits to Jerusalem, Tel Aviv and other locations near the Gazan and Syrian borders targeted by the regime in Iran and its terrorist proxies.

The organization “exists to reflect the voices of freedom-seeking Iranians,” said iVOL board member Bijan R. Kian, an Iranian-American who was convicted of illegal lobbying connected with the investigation of former national security advisor Michael Flynn.

“We organized this historic mission to Israel to show the solidarity of free Iranians with the people of Israel and to separate freedom-seeking people of Iran from the criminal, inept and corrupt regime that has forced itself upon them,” he said.