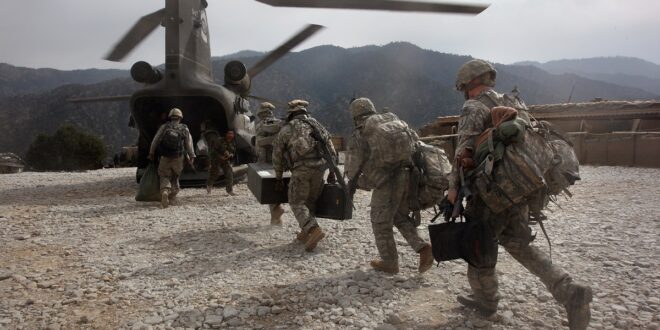 U.S. officials will begin evacuating Afghan allies by the end of this month to a safe third-country while their visa applications are being processed, an administration official confirmed on Wednesday.

Tracey Jacobsen, former U.S. ambassador to Kosovo, will oversee the effort. Defense Department and Department of Homeland Security personnel will also assist in the evacuations.

The move comes amid increasing public pressure to help Afghan translators and other specialists who worked alongside U.S. forces over the last 20 years and now face increased threats as American forces withdraw from the country.

White House press secretary Jen Psaki said the objective of the new operation is “to get individuals who are eligible relocated out of the country in advance of the full withdrawal of troops at the end of August.”

Biden had originally set Sept. 11 as the deadline for all U.S. military forces to leave the country, but Defense Department officials on Tuesday said the work is already 95 percent complete.

More than 18,000 Afghan nationals have applied through the State Department’s Special Immigrant Visa program to become U.S. residents, but advocates have said the process typically takes years to complete.

Many applicants have expressed fears they won’t be alive in a few months if they remain in Afghanistan, where Taliban forces have boasted of retaking numerous districts as foreign fighters depart.

A senior administration official noted many details on the program, such as when flights will depart and how many individuals will be evacuated, will be limited for “operational security.” But officials said that “we will meet the president’s commitment to begin flights this month.”

The Decline of the West: Spengler in Today’s World

THE END OF WESTERN CIVILIZATION

The End of the so-called Civilised West