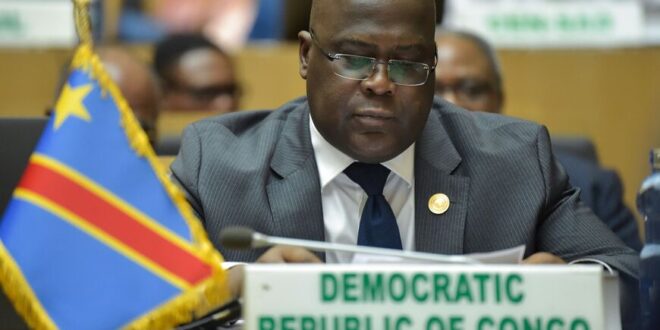 After the UN Security Council expressed support for the African Union-sponsored talks on the Grand Ethiopian Renaissance Dam, the African grouping is reportedly seeking a new round of talks to resolve the dispute between Egypt, Ethiopia and Sudan.

The Democratic Republic of the Congo, in its capacity as the African Union chair, is seeking to host a new negotiation round between Egypt, Sudan and Ethiopia over the Grand Ethiopian Renaissance Dam, which Addis Ababa is building on the Blue Nile — the main tributary of the Nile River — three months after talks were halted.

The Al-Araby Al-Jadeed newspaper cited anonymous Egyptian sources July 12 as saying that the African Union addressed the three countries as part of a new initiative to start a new round of negotiations in Kinshasa within two weeks.

Egyptian President Abdel Fattah al-Sisi, speaking at an event to promote development of Egyptian villages July 15, indicated that the dam is a national security issue for Egypt, which he called a red line that “cannot be crossed.”

While he encouraged Egyptians to maintain normalcy — “Live your lives, don’t worry,” he said — he also hinted that all options are on the table. “Before anything happens to Egypt, the army and I would have to be gone,” he added.

Egypt has yet to officially announce having received an invitation for the negotiations. A Sudanese government source told Al Jazeera on July 12 that Khartoum had learned about the African Union initiative, but had not yet received an official invitation to resume talks.

Reports of a new round of talks come after UN Security Council members expressed support during a July 8 meeting for the African Union efforts aimed at brokering a deal over the dam dispute, which has been dragging on for a decade between the three Nile Basin countries.

The AU attempts, which have been ongoing since June 2020 have failed to broker a deal that would end the negotiation stalemate. The last negotiation round, held in Kinshasa in April, has not resulted in an agreement to resume the negotiations. The concerned parties exchanged accusations of obstructing the talks.

Meanwhile, the diplomatic war escalated between the three countries in the past three months. The crisis culminated in a UN Security Council meeting held on July 8, at the request of Egypt and Sudan, in a bid to settle the dispute amid growing fears of a military conflict in the already tense region.

Three days before the UN Security Council’s session, Ethiopia embarked on the unilateral filling of the dam reservoir for the second year, which the two downstream countries condemned.

Egypt and Sudan had pinned hopes on a UN Security Council resolution that would push the conflicting parties to resolve contentious issues, including an agreement on the dam’s filling and operation. Yet that did not happen, as the permanent UN Security Council members limited themselves to expressing support for the African Union mediation to resolve the differences.

The Security Council has yet to decide on a Tunisian proposal that calls for a binding agreement on the filling and operation of the dam within six months, including preventing Ethiopia from unilaterally filling the dam’s reservoir.

Meanwhile, Ethiopia opposes any interference in the dispute by the Security Council, considering the dam issue to be outside the council’s mandate.

Cameron Hudson, a senior fellow at the Atlantic Council’s Africa Center, told Al-Monitor, “I do expect the parties to resume talks, though I am not optimistic that there has been sufficient change in any of their positions to expect a different outcome.”

Hudson said Addis Ababa was clearly bothered that Cairo and Khartoum went outside the African Union to try to seek mediation. Even though the UN session did not clearly come down on one side (other than support for African mediation), it did try to push all parties to return to the talks, he added.

“The Security Council session was intended to put pressure on the parties. I believe that actors may well try to encourage the parties to return to the negotiations, though I do not believe that they will succeed in using coercive measures to achieve a diplomatic breakthrough,” Hudson said.

Ethiopia argues that the dam is important for its economic development and to generate power. Cairo, however, considers that the dam poses a serious threat to Egypt’s share of Nile water, which it relies on almost entirely to meet its freshwater needs. Khartoum also expressed concern about the Ethiopian dam’s safety and its impact on Sudan’s dams and water plants.

An Egyptian diplomatic source told Al-Monitor on condition of anonymity that Egypt and Sudan do not oppose the resumption of negotiations with Ethiopia under the auspices of the African Union anytime, provided that they are held within a specific time limit and with effective international participation so as to ensure that the reached agreement serves the interests of all parties.

In a meeting with Annette Weber, the European Union’s envoy to the Horn of Africa, on July 14 in Khartoum, the head of the Sudanese Sovereign Council, Lt. Gen. Abdel Fattah al-Burhan, said the dam issue can only be resolved through dialogue.

For his part, Sudan’s Irrigation Minister Yasser Abbas called for better negotiation mechanisms between the three countries. During his meeting with Weber, he called on Ethiopia to share with Sudan all information regarding environmental studies and dam safety. He considered that such an exchange, which Ethiopia proposed, should be based on a mechanism and an agreement, not made as a favor done by Addis Ababa whenever it wants.

Kjetil Tronvoll, a professor of peace and conflict studies at Oslo’s Bjorknes University College, told Al-Monitor, “The situation is very unpredictable and unstable as Ethiopia is at its weakest militarily due to the heavy losses in the Tigray war, diplomatically debilitated due to falsehoods and propaganda lies peddled, and deeply divided politically.”

“This may force Addis Ababa to either enter a compromise to avoid a new conflict they cannot handle at the time being, or exactly the opposite — pick a fight with Sudan and Egypt to externalize the deep internal problems and rally support through nationalism,” Tronvoll added.

On July 12, Egyptian Foreign Minister Sameh Shoukry headed to Brussels, where he met with European Council President Charles Michel and a number of EU foreign ministers to discuss the dam crisis. The day before, Sudanese Foreign Minister Mariam al-Mahdi went to Russia in an attempt to keep the diplomatic moves that would pressure Ethiopia.

Egypt and Sudan have repeatedly called for a negotiation mechanism via an international quartet made up of the United States, the UN, the European Union and the Congo-led African Union to broker the negotiations. However, Ethiopia insists on the African Union’s mediation alone.

Ethiopia called on the two downstream countries to negotiate in good faith and stressed its commitment to the success of the tripartite negotiations led by the African Union. Ethiopia’s Foreign Ministry said July 13 that it is ready to follow the step-by-step approach that Congolese President Felix Tshisekedi proposed, in reference to the partial agreement on the exchange of information on the filling timelines and volume of water flows to the two downstream countries — which the three countries failed to reach an agreement on.

Egypt and Sudan seek a legally binding agreement on the dam’s filling and operation, provided that Ethiopia ensures an effective and binding mechanism in settling future disputes. That is while Ethiopia insists on an agreement that includes nonbinding clauses.

The director of projects in North Africa at the International Crisis Group, Riccardo Fabiani, told Al-Monitor, “The conditions for mediation are not easy for the AU, given the current atmosphere and its track record on this file. But the AU remains the only possible framework for negotiations.”

“The politicization of this issue means that the chance of a comprehensive agreement is low — no country is ready to make the concessions that the other side demands and there is little interest in compromise. Neither Egypt nor Sudan nor Ethiopia can sacrifice their interests after years of propaganda and rhetoric about this river,” he added.

Fabiani said, “Of course, a win-win deal is still possible, but the lack of trust between the three actors makes it very difficult. The best option is probably to aim for a partial deal on data sharing, rebuild trust and communication between the three countries and work gradually toward a more comprehensive agreement that could be signed in the future.” 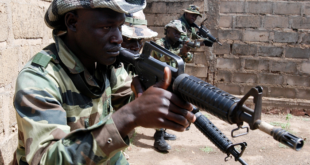 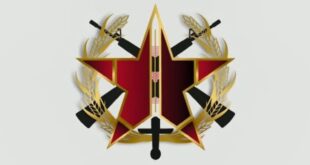 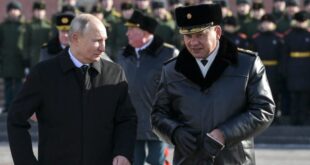 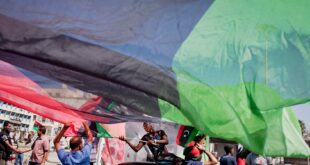 On the Road to Peace, Libya Makes Progress but Hits Pitfalls

Reconciliation must go beyond politics, address issues of transitional justice and set a new vision …