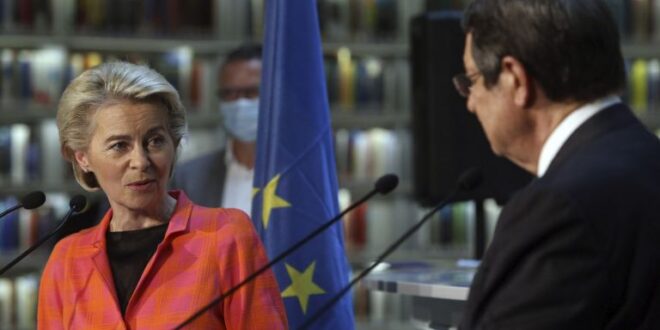 Given Ankara’s revisionist (and expansionist) geopolitical stance, it is exceptionally important not to come across as split or divided and to be united in confronting Turkey’s destabilising moves.

It will not be easy but it is urgent due to unfavourable developments and the provocative, grandiose celebration that Turkish President Recep Tayyip Erdogan is preparing to mark the 20 July anniversary of the 1974 Turkish invasion of Cyprus in Varosha and Famagusta.

Firstly, there must be a single policy line of all political forces in Greece. It may be natural for political parties to approach foreign policy from different ideological vantage points as regards what Athens’ position should be.

Now, due to Ankara’s revisionist (and expansionist) geopolitical stance, it is exceptionally important not to come across as split or divided and to be united in confronting Turkey’s destabilising moves.

The second common front is that of Athens and Nicosia. It is not just because of their age old bonds.

It is also a matter of two countries that are members of both the EU and the Eurozone and poles of stability in the broader region having a common understanding on foreign policy issues, with respect for the fact that Greece and Cyprus are separate sovereign states, and with the constant reminder that in speaking in international forums we never forget the reality of the Turkish invasion and occupation of Cyprus and relevant UN resolutions.

The third crucial front is Athens-Nicosia-Brussels. Here, it must be made perfectly clear that the Cyprus problem is not a bilateral issue but rather an international issue involving the territorial integrity of the EU.

Is all this easy? No. Yet one must take into account that we have strong allies on the other side of the Atlantic, such as US Senator Robert Menendez (chairman of the foreign relations committee), who is urging US President Joe Biden to impose sanctions on Turkey.