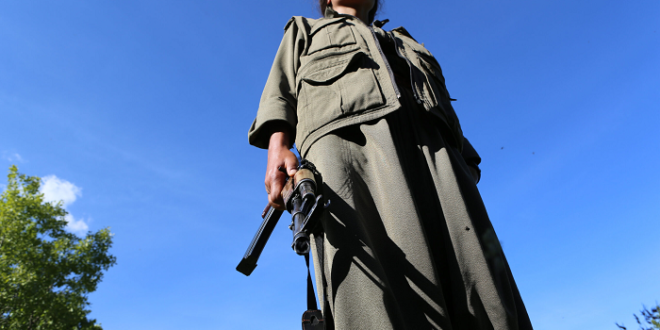 In the 1980s, Muammar Ghaddafi was “the mad dog of the Middle East.” Two decades later, overthrowing Saddam Hussein was supposed to be a death blow to the “Axis of Evil.” Around the same time, Syria became a “rogue nation” that exports “killers.” Throughout this whole time, Iran has remained the “evil hand” behind all of the instability in the region.

The reality is a little more complicated, as new research by myself and Trita Parsi for the Quincy Institute has found. Our report, “No Clean Hands: The Interventions of Middle East Powers, 2010-2020,” looks at the last decade of conflict in the Middle East and does not show Iran on the march, emboldened by U.S. failures to act. Instead, it shows that multiple regional powers have jostled to take advantage of the post-Arab Spring unrest, with U.S. partners and enemies alike getting involved in bloody proxy warfare.

As Peter Beinart says, each of the Middle East’s major players is a “brutal, self-interested, middle power among others.”

The report also casts an unflattering light on the U.S. role in the region. Five of the six regional states implicated in interventions — Saudi Arabia, the UAE, Turkey, Qatar and Israel — are armed and financed by the United States. (In fact, a full third of U.S. arms exports around the world went to these states between 2010 and 2020.) While U.S. leaders don’t always like these states’ actions, they continue to support them with billions of dollars in weapons and military aid every year.

Three powers — Iran, Turkey, and the UAE — have been particularly interventionist in recent years. And they’ve all settled on a similar model for interventions: bring in drones and an army of mercenaries (often child soldiers) recruited from different conflict zones as a “cheap” way to influence the outcome of civil wars. These states learned many of their techniques from America’s own “forever wars,” whether by observing U.S. drones in action or hiring American sellswords to raise their armies.

But for all of their malign activities, none of these powers alone bears the blame for the past decade of instability. If anything, it seems that unrest is driving intervention rather than the other way around. Conflicts like the Syrian, Libyan, Iraqi, and Yemeni civil wars blew up on their own — or due to U.S. military intervention — before dragging in regional powers. And once one regional power got involved in a conflict, others were soon to follow.

There is a common phenomenon in international relations called the “security dilemma.” In certain environments, states feel like the only way to ensure their own security is by undermining their rivals’ positions. The data suggests that this was exactly what happened in the Middle East over the past decade.

The research also has implications for the Biden administration’s ongoing nuclear talks with Iran. Some hawks have tried to argue that U.S. economic sanctions have helped curtail Iran’s regional activities, and lifting those sanctions would flood the Islamic Republic with cash to spend on foreign wars. But the data provides no evidence for that argument; Iran’s regional interventions peaked before the 2015 nuclear deal was completed, and remained steady through both the lifting and re-imposition of sanctions.

States like Saudi Arabia, Turkey, and the UAE did escalate their interventions after the nuclear deal was signed. In part, those powers feared what U.S.-Iranian diplomacy meant for them. If the United States was no longer going to use “our military power to settle scores” for them — in the words of then-President Barack Obama — then perhaps states like Saudi Arabia needed to get more proactive.

Still, much of the escalation had nothing to do with Iran and its rivals. Many of the conflicts that escalated from 2014 onwards were actually proxy wars between Washington’s partners, such as the Qatari-Emirati conflict in Libya and the Turkish-Kurdish conflict in Syria and Iraq. And U.S. officials even egged on some of these conflicts.

Because the United States has played such a large role in arming and supporting interventionist powers, it also has leverage to de-escalate conflicts involving these partners. U.S. politicians may not be able to smooth over all the issues between U.S. partners like Qatar and Saudi Arabia, but they can demand that those countries act more responsibly with the tools America puts in their hands.

Ultimately, the problem is not any single troublemaker, but the entire Middle Eastern security environment. Again, the United States cannot solve all of the region’s problems by itself. But it can encourage states to talk to each other, and stop creating the power vacuums that become venues for brutal competition.

As they say in medicine: “First, do no harm.”

Post Views: 42
Previous The U.K. Needs a Coherent Approach to China and Tech Security
Next The overreaction to China’s new nuclear silos