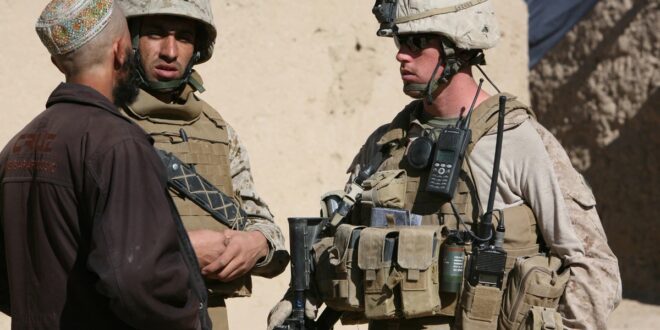 The State Department is making preparations to fly thousands of Afghans and their families to as-yet undecided countries in order to complete the visa process that will allow them to immigrate to the U.S., State department officials told reporters on Wednesday, as part of Operation Allies Refuge.

Tens of thousands of Afghans have applied for the Special Immigrant Visa, awarded to interpreters, fixers and others who worked with U.S. troops during the last 20 years. A small number of those, 750, will head to Fort Lee, Virginia, starting next week to complete the final steps of the process. The other 4,000, not as far along in the process, will temporarily relocate to a third country to complete their screenings.

“When they leave Fort Lee, they will join 70,000 Afghans who have received SIVs and start a new life in the United States since 2008,” Tracey Jacobson, State’s Afghanistan Task Force director, told reporters.

That initial group of 750 applicants is expected to spend just over a week at Fort Lee, a senior State official said, to complete the final screening of the SIV process.

The other 4,000 have received chief-of-mission approval, Jacobson said, but have security screenings and other hurdles to clear before they can come to the U.S.

Applications will continue to be reviewed after U.S. troops officially leave the country at the end of August, an official said, as long as Congress continues to authorize them.

“The applicants need to get themselves to Kabul,” without, for instance, military escorts, the official said. “We’re not going to talk about how they’re going to get in and around and to the airport, for security reasons.”

The U.S. embassy in Kabul has added staff to process applications, Brian McKeon, State’s deputy secretary for management and resources said, and has cleared the backlog that built up while operations shut down in 2020 due to the COVID-19 pandemic.

The SIV program has 18,000 or so applicants in its pipeline, according to State Department data, which doesn’t include those whose initial applications have been rejected due to “insufficient” documentation of their work with the U.S.

Post Views: 73
Previous Taliban appear to have ‘strategic momentum’ says Gen. Milley
Next What Will China Do If Its Interests in Africa Are Threatened?