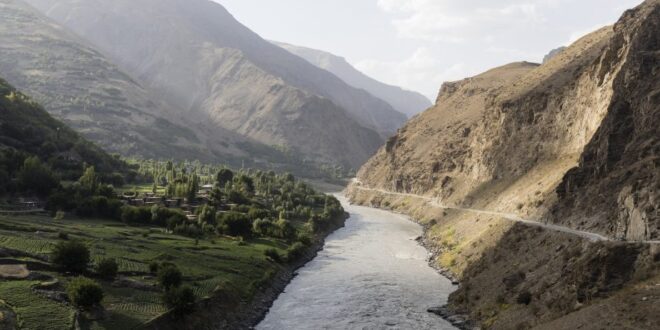 Moscow is also reported to be open to some kind of cooperation with the U.S., though far short of American bases in Central Asia.

The flurry of activity comes in the wake of the Taliban’s pressing offensive across the border from Central Asia. In early July, the fight in Afghanistan drove more than 1,000 Afghan troops to flee into Tajikistan. While the Afghan troops have been repatriated, and the Taliban promised to keep to the Afghan side of the border, Central Asia and Russia aren’t sitting idle.

Russia’s 201st Military Base in Tajikistan is one of its most significant foreign bases, with an estimated 7,000 troops. Actually made up of three installations, the former Soviet base remained under Russian control after the collapse of the Soviet Union and through the Tajik Civil War. The base, formerly known as the 201st Motor Rifle Division, continued to patrol the Afghan-Tajik border until 2005, when Tajik forces took over that task. Moscow’s military presence in Tajikistan, previously set to expire in 2014, was extended to 2042 in 2013.

Aleksandr Lapin, the commander of Russia’s Central Military District, told reporters that drills with Tajikistan and Uzbekistan will be held on Tajikistan’s Harb-Maidon military field on August 5-10.

According to RFE/RL, Lapin said, “During the exercises, we will polish joint military efforts against illegal armed formations that intervene into the territory of an ally country.”

The following day, tanks stationed at the Russian base arrived at the training ground some 20 kilometers from the Afghan border.

Russian military officials have also announced joint military maneuvers with Uzbek forces in Termez, involving around 1,500 troops and 200 vehicles, from July 30 to August 10.

While military drills held between Russia and various partners in Central Asia are not at all unusual, particularly with other members of the CSTO, these particular drills are a clear response to the active situation in Afghanistan.

Tajikistan has asked for support from the CSTO, calling for the fulfillment of a 2013 agreement to provide reinforcements to the Tajik border. The CSTO, as Shuhrat Baratov outlined earlier this week in The Diplomat, determined that the situation doesn’t yet require CSTO assistance.

In light of the looming U.S. withdrawal from Afghanistan, set to be completed by August 31, Russia is watching the situation carefully. Although some officials have pushed a narrative of Russian opposition to new U.S. bases in Central Asia, other reports suggest Moscow would allow (and welcome) some degree of U.S. presence and activity in the Central Asian region. Eurasianet, citing a Kommersant report, suggested a proposal was put forth during the summit last month between U.S. President Joe Biden and Russian President Vladimir Putin that would allow limited U.S. use of Russian facilities in Central Asia for coordinated operations in Afghanistan.

An earlier report, rooted in comments from Russian Deputy Foreign Minister Sergei Ryabkov, seemed to suggest the opposite. “I would emphasize that the redeployment of the American permanent military presence to the countries neighboring Afghanistan is unacceptable,” Ryabkov said. “We told the Americans in a direct and straightforward way that it would change a lot of things not only in our perceptions of what’s going on in that important region, but also in our relations with the United States.”

Taken together, however, these seemingly divergent reports suggest little more than clear hedging of bets. While Russia does not want a new permanent base for the United States in the Central Asian region, Moscow would still be open to some kind of cooperation that can keep tabs on the security situation in Afghanistan. Situating such cooperation on Russian facilities in Central Asia would cut out Central Asian governments to a certain extent, keeping Russia nominally in control of regional security even if it still requires U.S. capabilities.