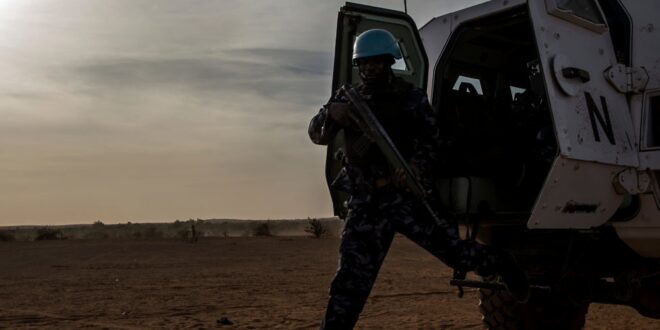 Between a Rock and a Hard Place: Counterterrorism and Peacekeeping in the Sahel

The recent announcement by President Macron that France would end Operation Barkhane, its regional counterterrorism military operation in the Sahel, raises questions about the role of regional and international partners in countering the rising tide of jihadist violence in the region.

At the July G5 Sahel summit, Macron further explained that France’s military footprint would be reduced by half by early 2022 to approximately 2,500-3,000 soldiers. Some bases in northern Mali will close, but French forces will continue to target the leadership of groups affiliated with the Islamic State (ISIS) and al-Qaida and accompany local armies, notably through the Task Force Takuba (made of European special forces), which will be moved from Mali to Niger.

The end of Barkhane will also leave the UN Multidimensional Integrated Stabilization Mission in Mali (MINUSMA), the UN mission which has recorded the most fatalities over the past eight years, with a heavier burden in countering terrorism and violent extremism in the Sahel. In June, thirteen European peacekeepers were wounded in a suicide attack. German defense policy spokesman for Chancellor Angela Merkel’s Christian Democratic Union, Henning Otte, reacted by saying that “the incident shows that the mission is dangerous. The UN mission is intended to stabilize Mali so that Islamic fundamentalism and terror are unable to gain a foothold there.

During the recent discussions on the renewal of the mandate of MINUSMA, France, the “penholder” on Mali in the Security Council, proposed to increase troop levels from 13,289 military personnel and 1,920 police by another 2,000 uniformed personnel. While France had to drop this proposal, the latest resolution (UNSCR 2584) requests the UN Secretary-General to provide recommendations on the force levels by 15 July 2021. It also maintains the authorization for French forces to intervene in support of elements of MINUSMA “when under imminent and serious threat.” The US and the UK also continue to object to beefing up the support package for the G5 Sahel Joint Force, preferring bilateral options.

However, as debates over the mandates of UN peace operations like MINUSMA have highlighted, too often the focus has been on whether or not peace operations can or should “do” counterterrorism, and on whether the UN should support more kinetic operations like the G5 Sahel Joint Force, rather than the vital question of what UN peace operations can and should do in the face of these threats. Despite the fact that several special political missions and peacekeeping operations are deployed where internationally designated terrorist groups and affiliates are active, there is no doctrine or consistent guidance across the UN system. Debates about MINUSMA’s mandate, and indeed about many peace operations, often acknowledge the risks posed to the mission by terrorist groups. Yet, states have not included prevention or counterterrorism functions in the missions, with many activities related to this work badged instead as protection of civilians, security sector reform (SSR), disarmament, demobilization, and reintegration (DDR), or others. The reluctance to name the threat and the response is even at odds with host governments and communities alike, many of whom in the Sahel recognize the threats posed by jihadist groups and may be frustrated and disappointed with a mission ill-equipped to repel them or unable to mitigate some of the heavy-handed security approaches and abuses perpetrated as part of the national response.

Notwithstanding France’s significant investment in Barkhane and its tactical successes, the jihadist threat continues to spread further south, beyond the initial areas of focus—Libya and Mali—with increased attacks in Burkina Faso, Niger, and coastal states such as Côte d’Ivoire highlighting the dangerous spillover effects and risks of terrorism in the region. Moreover, as the so-called Islamic State strengthens affiliates and supporters throughout Africa, notably in Nigeria, the imperative for the UN—including funds, agencies, and programs with field offices—is to consider how it can address the legal, political, and operational challenges of needing to operate and engage with communities in environments where there are increasingly blurred lines between insurgents, rebels, terrorists, and criminal organizations. What this essentially means is that addressing terrorism in the region will not just be the problem of counterterrorism practitioners, but a concern for those implementing a range of initiatives including those focused on mediation, human rights and gender, SSR, development, and education.

There are good reasons to be wary of formally introducing a counterterrorism mandate into peace operations. While jihadist groups have already been targeting the blue flag and are not necessarily deterred by more robust postures, there are widespread concerns that the consequent politicization of missions will compromise strategic objectives and personnel. However, the UN’s work remains inherently political, especially as missions operate at the behest of host governments, and is difficult to isolate from the grievances voiced by many jihadist groups and those who actively support or quietly indulge them. Some governments prefer to conduct and support counterterrorism operations through bilateral or regional support, rather than the UN, and many UN entities lack the expertise and experience in dealing with terrorist groups and navigating the legal and operational challenges that arise. Bureaucratic silos, institutional rivalries, and competing cultures continue to limit coordination between the peace operations (and between peacekeeping and political missions), UN agencies, and other UN bodies that may be active in the counterterrorism and preventing and countering violent extremism space. Although the UN Office on Counter-Terrorism works with over forty different entities to coordinate system-wide counterterrorism efforts, realizing this objective has proved elusive in practice.

Yet, persistent attacks on peacekeepers, combined with communities becoming more keen to enter into local peace deals with jihadist groups, will require UN entities to continue refining their understanding of the political and security risks, legal obligations (including those imposed by binding Security Council resolutions), and relevant lessons in navigating them. Against this background, the recently adopted mandate for MINUSMA (UNSCR 2584) only references terrorism in terms of support to other regional forces, like the Malian army or Takuba; the cantonment and DDR of armed groups; and judicial processes to bring to justice those responsible for terrorism-related crimes. The continued lack of guidance and clarity regarding the mandate can create further confusion on the ground. For example, if MINUSMA is mandated to support the government in conducting DDR, will this only apply to parties of the current peace agreement, or include those associated with designated terrorist groups? In the latter case, the Security Council has called upon member states to develop and implement comprehensive and tailored prosecution, rehabilitation, and reintegration (PRR) strategies and protocols, and it is still not clear to many inside and outside the UN system how these two approaches relate to each other. Peacekeeping operations like MINUSMA will get caught in the middle. Moreover, as the Malian government considers dialogue with violent groups, including jihadists, mission personnel may also have increased concerns about the legal and political repercussions of interacting with designated terrorist groups.

In this context, there are three key questions that confront the UN, member states, and their partners. First, what kind of coordination and cooperation on kinetic counterterrorism can—or will—be possible between MINUSMA, the remnants of Barkhane, the G5 Sahel Joint Force, Malian forces, and Takuba, as well as other UN actors?

Second, as Macron called for a “civilian surge” earlier this year, there is increased urgency to address the root causes of violent extremism, which include the lack of accountability of regional security forces accused of perpetrating human rights violations. As a number of studies the past few years have highlighted, violations of human rights and negative experiences at the hands of state actors remains one of the most consistent factors in driving radicalization in individuals across the board. However, the recent military coup within a coup in Mali makes it unlikely that accountability for these violations will be a priority.

Finally, how will MINUSMA focus on the two strategic priorities in its mandate in UNSCR 2584 (2021)—to support the implementation of “the Agreement” by the Malian parties and to facilitate the implementation by Malian actors of a comprehensive politically-led strategy to protect civilians, reduce intercommunal violence, and re-establish state presence, state authority, and basic social services in Central Mali—if it has to divert resources to countering terrorism in the absence of Barkhane? Additionally, what kinds of legal and political implications will there be for the mission if the reduced French military presence can open space for dialogue with internationally designated terrorist groups?

The proliferation and strength of ISIS affiliates in Africa raise the specter of further instability throughout West Africa. Against the backdrop of heightened great-power competition and efforts by states like Russia and China to increase influence on the continent, responses to terrorism and security threats are likely to get more complicated. However, while the permanent five members of the Security Council have often agreed on counterterrorism, differences on how this imperative intersects with broader peace and security efforts will prevent the development of any clear and consistent UN doctrine or guidance on counterterrorism. In Mali, the drawdown of Barkhane will likely increase the burden on MINUSMA, rather than Malian authorities, to confront the grievances arising from poor governance and human rights violations which drive radicalization and support for jihadist groups. Yet, this is an important opportunity for the UN system to collectively rethink how it can best contribute to both protecting civilians and enabling viable political solutions through more integrated approaches to preventing and countering terrorism. This calls for a more coordinated and collaborative approach among UN peacekeeping, counterterrorism, and development entities. However, states themselves also bear the responsibility for ensuring they provide the right mandates, allocate sufficient resources, and consult with all relevant UN entities and partners, so that UN personnel are not caught between a rock and a hard place in confronting an aggressive terrorist threat with nothing in hand. 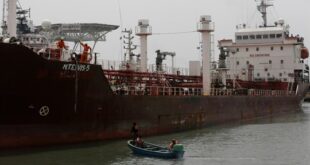 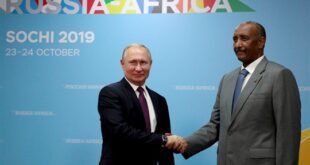 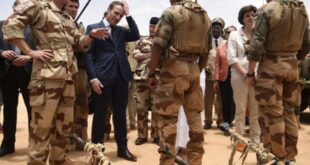 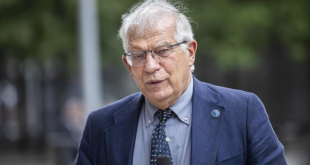