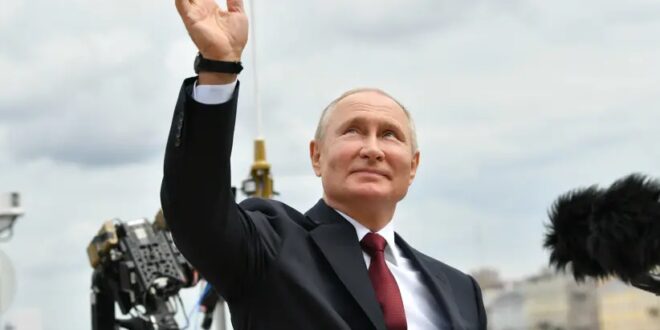 Moscow wields enormous influence in the middle east and is parked squarely on Israel’s doorstep in Syria. This presents a test for Israeli diplomacy.

Much has been written since Prime Minister Naftali Bennett and Foreign Minister Yair Lapid came to power six weeks ago about how a new government presents a golden opportunity to reset Israel’s relations with some key partners around the world.

First and foremost is the relationship with the US Democratic Party, a relationship that suffered during the 12 years of former prime minister Benjamin Netanyahu’s rule. Then there were the ties with the American progressives and with liberal American Jews.

The signal coming from Jerusalem was that this government was different than the previous one, that it would not confront the Biden administration frontally on Iran, that it was open to trying to build a more productive relationship with the Palestinian Authority in Ramallah, and – for American Jewry – that it was keen on trying to make them feel more positive about and more welcome in Israel.

Bennett and Lapid also moved swiftly to turn a new page in Israel’s relationship with Jordan, with Bennett having already met King Abdullah and Lapid having already visited his Jordanian counterpart, Ayman Safadi.

Furthermore, Lapid already went to Brussels to try and reboot ties with the European Union. The perception he tried to convey was that of an Israel that Paris, Berlin and Copenhagen – not only Bucharest, Budapest and Vienna – could feel comfortable with.

A reboot is good when it comes to relations with countries with whom there were points of friction and tension under the previous government. But what about those countries and leaders with whom Netanyahu seemed to have cultivated excellent relations? What happens to ties with those countries under the new government?
The test case in this category is Russia.

Love Russian President Vladimir Putin or hate him, Moscow wields enormous influence in the region and is parked squarely on Israel’s doorstep in Syria, where for the last six years it has propped up Syrian President Bashar Assad’s vicious regime.

Soon after Moscow became directly involved in the fighting in Syria in September 2015 to prevent the loss of its ally Assad, Netanyahu moved to create deconfliction mechanisms that would prevent any direct confrontation between Russian and Israeli forces over Syria.

And, for the most part, this worked. Not only did the two countries create mechanisms to prevent crisis, but they also came to a tacit agreement whereby they both recognized the interests of the other in Syria, and they tried not to harm those interests.

WHAT DID that mean? It meant that Moscow’s main interest was in the survival of Assad, and that Israel – in its military actions in Syria – would refrain from hitting sites or assets that would lead to the toppling of Assad.

And on the flip side it meant that Russia understood that Israel’s vital interest was in preventing Iran and its Hezbollah proxy from entrenching itself on Israel’s border or transferring game-changing weapons through Syria to Lebanon, and that when Israel hit targets related to those aims, Russia would not interfere.

This is why Israel has been able to act with relative impunity in Syrian airspace without the Russians stopping them over the last six years.

Part of this arrangement is attributable to the close relationship that Netanyahu developed with Putin, the leader he met with and spoke with on the phone more often than any other leader during his time in office. This close working relationship also resulted in Putin making clear before each of the last four elections – both in word and in action – that Netanyahu was his preferred candidate.

The counterargument to Netanyahu’s frequent boast about his good ties with Putin and how strategically significant this was for Israel was that relations are between states, not leaders, and that as good as the relationship between Netanyahu and Putin might have been, it was really about interests. According to this line of reasoning, no matter who leads Israel, it is in the interest of both countries to cooperate regarding Syria.

If recent reports are to be believed, this premise will now be put to the test, as the London-based daily Asharq al-Awsat cited a Russian official saying that Moscow has “run out of patience” with Israeli action in Syria and would supply Assad with better air-defense systems. Last week, a senior Russian security official was quoted as saying that Syrian air defense had shot down seven of eight missiles launched by Israel toward targets in Syria.

If all or even some of that is true, it is a significant development that may force Jerusalem to rethink its Syria policy and how to keep the Iranians from entrenching there. This will test Bennett and Lapid’s argument that anything Netanyahu can do, they can do better, and that relationships are between countries, not leaders.

Reinstating the modus operandi that existed over the last six years with Russia in Syria needs now to be a major foreign-policy aim of this government – no less than improving ties with the Democratic Party or the EU – and is a major diplomatic test this government is now facing.

ANOTHER CRISIS is shaping up over the Pegasus software from Israeli firm NSO that is at the center of a storm: The terrorist-tracking software was allegedly used by some governments to hack into the phones of human-rights activists, journalists and politicians.

One of those politicians was French President Emmanuel Macron, who called Bennett about the matter over the weekend to discuss it with him and make sure, according to various reports, that Israel was looking into it and taking it seriously.

Numerous questions are being asked regarding the export licenses provided to the firm, enabling it to export the powerful spyware. Bennett, according to Channel 12, said the issue was being investigated, the necessary conclusions would be drawn and that the events under question took place before his government took power.

Unlike the situation with Russia, where no Israeli politician had a better relationship with Putin than Netanyahu, with Macron, it is Lapid who has developed a good personal relationship.

This was evident in April 2019, before the first of Israel’s recent four-election cycles, when Macron invited Lapid to France just four days before the election in a move widely viewed as a way to counterbalance the pre-election gestures that both Putin and US president Donald Trump showered on Netanyahu.

With France, it is Lapid who has a personal relationship with the country’s leader that could help soften something that has the potential of ballooning into a full-blown crisis.

A potentially game-changing situation with Russia in Syria, as well as how the government deals with the NSO scandal, will be good early indicators of how Bennett and Lapid – just six weeks in power – stack up against Netanyahu in being able to navigate through choppy international waters.