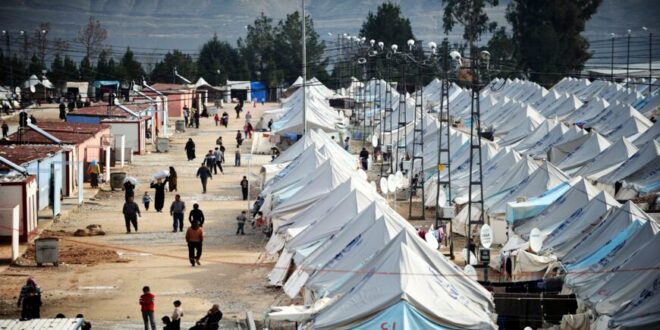 Amid Afghan influx, Turkey’s refugee policy gets tested with fire

Turkey has done a rather good job meeting the immediate and mid-term needs of Syrian refugees, but it is now at a crossroads on whether to have a long-term integration policy, experts say.

As the influx of Afghan refugees to Turkey spurs anti-refugee sentiment in the country, Ankara’s policy on the 3.6 million Syrian forced migrants over the past decade is being tested with fire.

Omar Kadkoy, migration policy analyst at the Economic Policy Research Foundation of Turkey in Ankara, says that while Turkey has been relatively good at providing health and education to Syrian refugees, it has failed in other areas such as economic and social integration. “What lies at the heart of this problem is Ankara’s indecisive vision on whether the Syrians would leave or stay in Turkey for good, which is a difficult point politically,” Kadkoy, who came from Damascus in 2014, told Al-Monitor.

Sebnem Koser Akcapar, director of the Ankara-based Global Migration Research Center, concurred. “Providing housing or access to health services is an immediate service to the new arrivals, and education is a mid-term issue. Economic and sociocultural integration, on the other hand, is a longer-term, complex issue that requires a comprehensive policy both for the Syrians and other groups under international protection in Turkey, including Afghans who have been coming from Afghanistan or Iran for the past 10 years,” she told Al-Monitor, adding that forced migrants and refugees total some 6 million in Turkey.

“There were, of course, projects related to sociocultural or economic integration, but the pandemic has dealt them a steady blow. The overall picture is now gloomier, with tensions caused by the pandemic and the economic crisis triggering an anti-refugee sentiment among Turkish society, which had initially welcomed the Syrians, thinking they’d be temporary,” she said.

The debate on the future of the refugees has heated up since main opposition leader Kemal Kilicdaroglu said in a viral video last week that if his Republican People’s Party (CHP) were in power, it would send the Syrian refugees back in two years.

Lutfu Savas, CHP mayor of Hatay, on the Syrian border, warned that the Syrians had changed the demographics so much that Syrians could win mayoral elections in certain towns and cities if they had the right to run and vote.

This was followed by Tanju Ozcan, mayor of the northwestern city of Bolu, who called for tenfold charges on water bills and solid waste taxes for foreigners, including the Syrian refugees. “We cut off their aid and stopped giving them business licenses to open shops, but they didn’t leave,” said Ozcan, who has since faced charges for inciting hatred.

The anti-refugee rhetoric resonates with members and supporters of various parties in a country where the COVID-19 pandemic has badly exacerbated economic turmoil going on since 2018.

“We are in a Catch-22 situation where almost half of the Syrians do not want to repatriate and 80% of Turks want them to go back,” Kadkoy said. “What we need to do is make sure that this snowball of tensions gets smaller, but the debate on the influx of Afghan refugees seems to make it harder, as both politicians and academics are now looking back to the decision to admit the Syrians.”

“If the war in Syria was over tomorrow, there is little chance that the Syrians would be able to return,” Akcapar said. “They have lost their livelihood there. The European Union member states know that too well; that is why they are trying to keep migrants at bay in Turkey. Their attitude is one of ‘let’s pay a bit of the cost and keep the refugees at Europe’s gates,’ which is not an actual burden-sharing.”

German Chancellor Angela Merkel lauded Turkey earlier this month for “doing an outstanding job of taking care of Syrian refugees,” giving a pat on Ankara’s back as the crossings of Afghans to Turkey from its eastern border with Iran intensified. “I would like this agreement [on migrants and refugees] with Turkey to continue; this is the best for the people,” she said.

An EU report released last month echoes the same praise for Turkey for its “generous and progressive approach” in hosting the refugees. The report, which evaluates the use of 6 billion euros ($7.1 billion) in EU funds to help Turkey deal with the refugee crisis, says that refugees have “good access to health care and education and enjoy significant freedom of movement.”

The Facility for Refugees in Turkey program, which manages the EU humanitarian assistance as well as education, health, municipal infrastructure and socioeconomic support for the Syrians, has carried out a variety of projects in cooperation with the Turkish government, international bodies such as the World Bank and the UN refugee agency, local administrations and civil society.

Thus far, the funds have been used to support the integration of Syrian children into the Turkish education system, including Turkish language courses and backup classes; to provide monthly cash assistance (155 liras, or $18 dollars) to refugee families in need; for vocational training courses and a robust employment support program; and for the construction and rehabilitation of water supply and wastewater systems in southeastern cities with large refugee populations such as Kilis, Urfa and Gaziantep.

Some of the projects had a strong impact: 1.8 million Syrians receive cash support for basic needs, over 14 million primary health care consultations have been delivered to refugees, and around 770,000 Syrian children are in the public education system.

“Though there are still about 400,000 Syrians out of the system, this is no small achievement,” said Murat Erdogan, former head of the Migration and Integration Research Center at the Turkish-German University and author of key reports on the 3.6 million Syrian refugees in Turkey. “Just imagine, an average primary school student in Turkey costs about 1,000 euros. Just calculate it for 770,000 kids at school age and it makes 770 million euros.”

Like Akcapar, Erdogan maintains that while international financing has helped a great deal, it has been far from covering the entire cost of the refugees. “The cost of the Syrians to Turkey is one of the hotly debated issues in the country, and there is no itemized, transparent budget, which is problematic. But politicians, including President Recep Tayyip Erdogan, put the financial costs at $40 billion,” he told Al-Monitor.

The 27-member EU agreed in June to allocate 3.5 billion euros ($4.2 billion) to assist refugees in Turkey until 2023. But the report suggests that more needs to be done down the road such as developing a social cohesion strategy. This means an overhaul of economic support programs to match current economic and labor-market realities and mitigate the impact of increasing social tensions on refugees in the country.