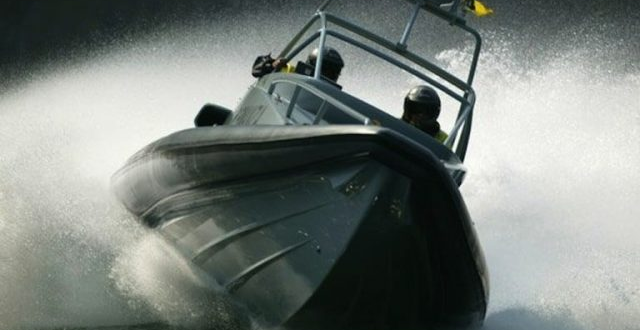 Early on the morning of August 4, 2016, two Albanians disembarked from a speedboat and ordered coffee at a bar near the village of Torre Canne on Italy’s southern Puglia coast. Italian police officers approached, asking questions about the boat, and they took the Albanians to the local police station.

The pair said they had arrived overnight “just for fun” after getting drunk in Albania and had no ID papers on them. The police gave them seven days to leave Italy and seized their boat.

Four years later, the Albanians – Fiqiret Seferi and Ferhat Ajdini – came clean to authorities about the true nature of their August 4 ‘joy ride’ and two other trips laden with drugs. Their confessions led to 38 arrests on both sides of the Adriatic, among them a number of Albanian police officers.

Their story, contained in court documents seen by BIRN, speaks to the well-placed connections that grease the wheels of Albanian drug trafficking, connections that in the case of Seferi and Ajdini stretched all the way to the security detail of the country’s then interior minister.

Seferi and Ajdini were given their own chance by Saimir Kurti, former director of the state Job Market Office in the town of Kavaja near the Albanian coast. They met him in the hospital in the port city of Durres, where Kurti was under arrest and guarded by police.

His predicament did not stop Kurti from offering the pair a speedboat and 100 euros for every kilo of cannabis they sent to Italy.

At about 11.30 p.m. on August 3, 2016, a luxury car backed a speedboat into the water at Golemi beach, one of Albania’s most popular just north of Kavaja. It was loaded with 290 kilograms of cannabis.

For Seferi and Ajdini, it marked the start of a short but action-packed career in drug trafficking, a career that saw them dine with high-level drug dealers in the southern Italian port of Bari, survive a bomb blast and ferry more than a ton of cannabis in one go with the alleged help of two bodyguards of Albania’s then interior minister, Saimir Tahiri.

Tahiri was charged with abuse of power and drug trafficking. In 2019, he was given a suspended sentence for the former and acquitted of the latter. An appeals court ordered a retrial.

Tahiri’s former bodyguards, Agustin Deda and Hekuran Marku, are on the run. They have denied any wrongdoing in comments to media.

According to the prosecution file submitted to the First Instance Court in Tirana, Seferi and Ajdini were supplied with the drugs for the August 2016 trip by Kurti and two other men, one of them identified as Malton Lleshi.

The journey was about 100 km, just a few hours by speedboat. Speedboat couriers like Seferi and Ajdini are known in Albania as skafists and can expect to earn roughly 100 euros per kilo, or in this case 29,000 for a few hours of risky work.

They reached Torre Canne, 60 km south of Bari, at 7 a.m. on August 4, hid the drugs among high reeds and went for coffee.

Then they had their run-in with the Italian police. But Ajdini and Seferi did not leave the country immediately. First, they had to wait for the buyer, who failed to appear. The pair met some other Albanians in a local bar, one of whom agreed to let them store the drugs in his house. On August 8, the buyer, identified as ‘Tani of Modugno’, picked up his phone and took 150 kilos of the shipment. But he did not pay straight away.

Several tense weeks followed as Seferi returned to Albania to report back to the suppliers and Ajdini stayed in Italy trying to find buyers. Their communications created a wealth of evidence for Italian investigators, who had initially let Seferi and Ajdini go but began tapping their phones.

Some 45 kilos of the shipment were seized by police; the rest was sold in a string of towns in Puglia, Calabria and the island of Sicily.

According to Seferi and Ajdini, Lleshi demanded they pay 50,000 euros for the drugs lost to the police. When they failed to do so, Lleshi planted a bomb at a bar in Albania owned by a member of Ajdini’s family. It was a warning, they said.

Between 2014 and 2016, Albania was rocked by a series of unexplained bomb blasts, some fatal.

In the case of Seferi and Ajdini, the bomb “exploded without causing damage”, Seferi told Italian prosecutors. Ajdini, he said, had spotted the device taped to the underside of a table at the café and they had managed to move it. “The bomb was planted because the day before Ajdini and I had a conversation with Lleshi over money,” Seferi said.

Kurti, meanwhile, was still collaborating with Seferi and Ajdini. In October 2016, he supplied them with 660 kg, destined for a network of Albanian drug traffickers in Germany. The shipment reached Monopoli in Puglia and was hidden at an abandoned house. But a local resident spotted it and called the police. The drugs were seized, but Ajdini and Seferi once again slipped the net.

Undeterred, the traffickers turned again to the speedboat pair, this time entrusting them with a ton of cannabis. According to prosecutors, Tahiri’s bodyguards, Deda and Marku, helped transport the drugs from source in Memaliaj, southern Albania, to the central coastal region of Vile Bashtova.

“When the speedboat was being loaded, Gusti [Agustin Deda] and Hekuran [Marku] had radios and pistols. They were the police,” Ajdini told Italian authorities. He and Seferi were promised 100,000 euros. Tahiri’s bodyguards also offered to mediate in their conflict with Lleshi.

But their luck ran out a few hours later when they were arrested by Italian police. The entire shipment, with a retail price of more than 10 million euros, was seized.

Sentenced in two court cases to a total of more than 20 years each in prison, Ajdini and Seferi decided to name names.

Their testimony and that of three others who collaborated with Italian authorities exposed how a speedboat seized by Albanian police and found to be full of drugs was released just months later and redeployed by traffickers after prosecutors said they were unable to identify who owned the drugs and the boat’s owner was cleared of all charges.

Seferi described being released by local police in Kavaja in exchange for a 5,000-euro bribe from his son and how police stopped a car laden with drugs just to tell the driver he had nothing to fear. Kurti, he said, “has the police under control.”

Another trafficker accused a prosecutor in the coastal city of Vlora of living in a house rented for him by drug traffickers.

This year, in early July, police in Albania, Montenegro, Italy and Spain arrested 38 people in a series of raids. Among them were a number of police officers and the prosecutor in Vlora. Tahiri’s former bodyguards are at large. Following news of the charges against them, one of them, Deda, called the Albanian crime journalist Klodiana Lala to declare himself “not guilty”.

Post Views: 112
Previous Pegasus: A Spy Story Turning into a Nightmare
Next Turkey cannot be the refugee gatekeeper of the EU