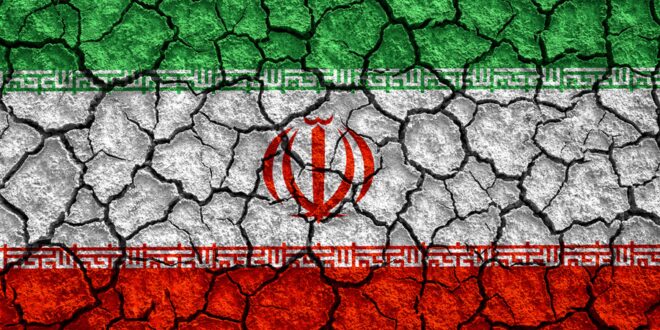 Iran and the Divisive Rule of the Mullah

Ayatollah Khomeini said that the regime he planned to install in Iran would have one guideline: “Doing the opposite of what the cursed Shah did.”

[Khomeini’s] position started by dividing Iranians into Muslims and non-Muslims. He then divided them further into Shiites and Sunnis. He went on to divide the Shiites into twelvers and others.

But, here, too, Khomeinists might be on the wrong side of history. The ongoing protests seems to be reviving the national unity and a sense of Iranian-ness fostered over the past centuries, thus singling out the Khomeinist ideology as the common enemy of the nation.

In an “audience” granted to a number of anti-Shah intellectuals just weeks after seizing power, Ayatollah Khomeini said that the regime he planned to install in Iran would have one guideline: “Doing the opposite of what the cursed Shah did.” For the past four decades he and his successors have remained faithful to that promise and have taken double care to prove that.

The Shah wanted to keep Iran out of war and military conflict and succeeded in doing so for more than three decades, at times by taking painful decisions. Khomeini and his successor led Iran into an eight-year long war with Iraq plus a series of military involvements in Iraq, Syria, Lebanon, Yemen and Afghanistan.

The Shah cast Iran as a bulwark against terrorism and the use of violence as a political weapon to the point that he would not even allow the Palestine Liberation Organization (PLO) to have an office in Tehran. The Khomeinist regime, on the other hand, provided a haven for all manner of terrorist organizations from Thailand and Philippines to Colombia and Peru, passing by the Middle East and Europe. It also financed the creation of an African-American group seeking a “black state” in Mississippi. The Hezbollah, an umbrella group for militants controlled by Iran, ended up having more than 17 branches in the Greater Middle East.

The Shah sought friendly or at least cordial relations with all of Iran’s neighbors. As a result, by the time he left the country, Iran was the only nation in the region to have fully demarcated borders with all neighbors and thus free of irredentist disputes that bedevil so many relations in the Middle East.

Broadly speaking, the Shah pursued an ambitious industrialization policy based on the assumption that Iran, poor in water resources, should focus its agriculture on high-value crops capable of competing in international markets while importing mass consumption crops such as wheat and rice from countries that enjoyed a comparative advantage.

In contrast, Khomeini claimed that the Shah wants Muslims to depend on “the Infidel” even for daily bread and marginalize the agricultural sector where Islam had its deepest roots. As a result, Khomeini and his successors went for an ill-taught policy of building small dams to use the waters of rivers and lakes for producing low-price crops. This led to massive damage to the country’s ecological balance, leading to the virtual disappearance of over 200 rivulets, lakes, moorlands and rivers, among them the country’s greatest lake, Urumia and such mighty rivers like Zayandehrud and, to some extent, even Karun.

“Bringing women into public life” was one of the Shah’s top priorities. Iranian women were among the first in the “Muslim world” to secure voting rights and get high public positions as members of parliament, senators, Cabinet ministers, ambassadors, mayors, and even army, police and air force officers. In 1979, when mullahs seized power, the share of women in the top 2,000 public jobs was around 17 percent. Since then, under Khomeinist rule, that has dropped to three percent in 2021.

However, the biggest and potentially more important difference between Iran’s policies under the Shah and during Khomeinist rule concerns the crucial issue of national identity. In 1979, Iran was probably the only country in the region to enjoy a broad consensus on its identity as a nation-state.

That identity had taken shape over some five centuries, completing its template with the Constitutional Revolution of 1906, the formation of the first Western-style state institutions, the reforms carried out under Reza Shah Pahlavi and the economic and social progress made under his son Muhammad Reza Shah. With its motto “unity in diversity”, this was partly based on half-historic and half mythological reading of Iran’s long history and designed to minimize parochial differences and promote an archetypical “Iranian man or woman” in the name of patriotism with “mihan”, a word hard to translate but indicating belonging to a single homeland, as key concept.

Khomeini in contrast denied the very concept, arguing that there was no Iranian nation and that the identity of his Islamic Republic indicated that Iranians were part of a universal Islamic “ummah”.

That position started by dividing Iranians into Muslims and non-Muslims. He then divided them further into Shiites and Sunnis. He went on to divide the Shiites into twelvers and others. Then it was the turn of twelvers to be divided into “osuli” (fundamentalist) and “akhbaris”. Then the “osulis”, supposed to provide his core base, were divided into “wala’is” (those who believe in walayat al faqih or “guardianship by the jurists”) and “taqlidis” or those who followed traditional ayatollahs who did not endorse the new system.

While the Shah tried to forge a single, unifying identity, Khomeini based his strategy on dividing Iranians to bolster the claim that the only thing that kept Iran together was walayat al-faqih. Khomeinist philosophers like Mesbah Yazdi, Abdul-Karim Sorush, Hassan Abbassi and Rahil Pourazghadi have tried to back that claim with pseudo-theological mumbo-jumbo.

Khomeini’s strategy has left the immense majority of Iranians wondering how to define themselves in a system that denies their common, plurimilennial identity. That, in turn, has encouraged different and contradictory reactions. Many Iranians now regard Islam and in particular Shiism as their enemy. Some try to revive long dead or dormant provincial, linguistic or ethnic identities. Khomeinism has set the young against the old with those born after the revolution, accounting for more than half the population, blaming their elders for the nation’s current miseries.

That strategy has also divided Iranians into those at home and those in the diaspora, accounting for some 10 percent of the population. This was dramatically illustrated last week in the Tokyo Olympics, when an Iranian woman athlete competing as a refugee defeated another Iranian woman under the Islamic Republic flag. When the two embraced warmly after the match, many Iranians felt that the Iranian-ness shaped over the centuries was still alive and well.

Khomeinism has led to antagonism between men and women as the former are shocked by the militant opposition of the latter to what they see as a patriarchal system.

Khomeinism has tried to pursue its divisive strategy by branding the current protests in more than 100 towns and cities across Iran as the work of “secessionist elements”, thus justifying the killing of unarmed people in the streets.

But, here, too, Khomeinists might be on the wrong side of history. The ongoing protests seems to be reviving the national unity and a sense of Iranian-ness fostered over the past centuries, thus singling out the Khomeinist ideology as the common enemy of the nation. The fight is on.