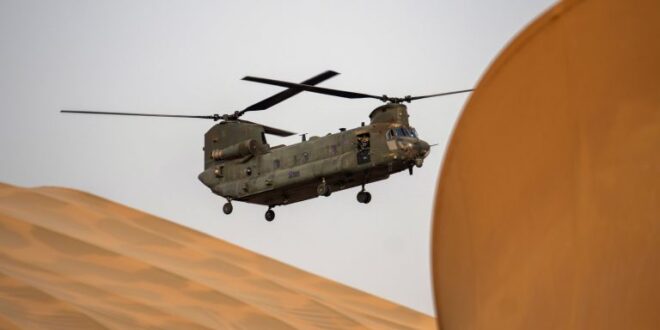 The United States’ counterterrorism efforts in Africa have prioritized security force assistance (SFA), despite its lack of effectiveness in reducing terrorism.

Throughout Africa, al-Qaeda affiliates are capitalizing on local political grievances that remain unaddressed in states’ focus on supporting security forces.

Because these conflicts are local and/or regional in scope, any comprehensive response much include a greater emphasis on sustainable political solutions.

Rather than being the singular focus, U.S. and other SFA efforts should be part of a broader strategy aimed at resolving the political crisis in question.

Since the attacks of September 11, 2001, Africa’s security relevance to the international community has grown, in large part due to the emergence of three al-Qaeda affiliates and the more recent expansion of the so-called Islamic State (IS) on the continent. Much of the international focus has been directed toward foreign military assistance (also known as security force assistance, or SFA) in some of the continent’s weakest states and their neighbors. The United States in particular has prioritized the development of local militaries to counter terrorists and insurgents much in the same way it did in Afghanistan and Iraq. While this assistance has been coupled with development aid, much of the assistance received has been militarized.

Since September 11, 2001, U.S. assistance in Somalia has prioritized aiding Somali military forces and damaging terrorist and insurgent groups, including the al-Qaeda-linked jihadist group al-Shabaab. This has involved training the national army and mentoring its commando battalion (known as Danab); paying stipends to the national forces; conducting airstrikes; and utilizing U.S. special forces, usually in coordination with local Somali partners in operations that target key al-Shabaab operatives. Similarly, the United Kingdom has also paid stipends to the Somali national army and directly supported the African Union peacekeeping mission in Somalia with British Army personnel, among other activities aimed toward improving the capacity of Somalia’s domestic security forces. Ultimately, such militarized assistance has primarily resulted in tactical successes against al-Qaeda affiliates, hampering these groups operationally, but not ideologically. In the absence of a viable strategy to resolve the broader political crises that these militant Islamists thrive on in the Horn, Sahel, and West Africa, the threat from al-Qaeda affiliates to Africa has grown exponentially in the twenty years since 9/11. The terrorist threat will continue to grow unless efforts are recalibrated to address the political dimension, an admittedly difficult objective.

Al-Qaeda has a long history in Africa, particularly in the eastern Horn region. Even though al-Qaeda’s center of gravity shifted from Sudan to Afghanistan in the 1990s, in the years after 9/11, three groups on the continent pledged allegiance to bin Laden’s organization. Accordingly, though al-Qaeda’s central leadership and its affiliates in Yemen and Syria have suffered leadership losses and battlefield defeats, its affiliates in Africa have proven resilient to increased counterterrorism pressure. For example, significant military pressure has been leveraged against al-Shabaab in Somalia since 2007, but the conflict has remained at a stalemate, at best, since 2016. Moreover, the Armed Conflict Location & Event Data Project (ACLED) reported that the group’s activities have increased 33% since 2019, and according to the Long War Journal, the group conducted at least thirty suicide attacks in 2020 alone. In the Sahel, France’s counterterrorism mission, Operation Barkhane, against Jama’at Nasr al-Islam wal-Muslimin (JNIM) —an alliance of four al-Qaeda-affiliated militant Islamist groups—can only boast tactical successes, such as the February 2019 killing of JNIM field commander Yahya Abu al-Hammam. Overall, the mission has not succeeded in stabilizing the Sahel. In fact, the security situation in the Sahel is deteriorating, and will likely leave those actors remaining on the ground—including the United Nations—more vulnerable to terrorists and violent armed groups. Some observers have likened France’s efforts to the U.S. situation in Afghanistan and Iraq—billions of dollars spent to fight an Islamist group in unfamiliar and difficult terrain with no end in sight. Though al-Qaeda in the Islamic Maghreb’s (AQIM) activities in North Africa have diminished since 2012, the group has shifted its activities to the Sahel through its affiliates like JNIM, and maintains the widest geographic reach of any major African jihadist group, conducting suicide attacks in multiple countries in West Africa and the Sahel.

Three factors explain why the militarized assistance provided to these counterterrorism and counterinsurgency efforts have been largely ineffective. First, conflicts involving al-Qaeda affiliates are fundamentally local. Most of the African affiliates’ origins can be traced back to civil conflicts in areas like Algeria and Somalia, and both JNIM and al-Shabaab have worked to establish alternative governance structures that effectively undermine the legitimacy of the state. Accordingly, SFA efforts have attempted to align with broader aims to resolve the crises in question, but without much success due to an asymmetry of interest between international actors and local political elites. The former is concerned with developing effective militaries, while the latter is more interested in securing local power bases and fending off political opponents. In areas like northern Mali and Somalia, where political frameworks meant to solve long-standing political tensions have been introduced, these efforts suffer from chronic problems of mistrust and cumbersome implementation. Even when development projects are part of the efforts to stabilize conflicts, as is the case with the French policy in the Sahel, these efforts have not addressed the fundamentally political nature of these conflicts. Consequently, foreign assistance efforts cannot ignore or only partly consider the politics inextricably linked to conflicts. As is evidenced by the fractious political situation in Somalia, political tension can undermine SFA efforts to build an effective and accountable national army and create opportunities for al-Shabaab and other terrorist groups to capitalize upon.

Second, because the conflicts are primarily local, security actors and state institutions must be seen as legitimate by the population. Most military assistance to fragile and conflict-affected states is directed to state capitals. Political tensions between central governments and other peripheral territories often mean that national forces tend to be deployed to fight in unfamiliar territories where they lack the local ties to be viewed as legitimate by locals. Moreover, corruption and abuses committed by security forces and government-aligned militias in the Sahel and Somalia further undermine counterterrorism and counterinsurgency efforts and support jihadists’ narratives that international partners support corrupt and abusive governments. Evidence from across Africa further suggests that abuses by security forces can push civilians into jihadists’ ranks or undermine their willingness to cooperate with authorities. As a UNDP study on radicalization in Africa demonstrated, negative interactions with the state and experiences of human rights violations were consistent factors in stories of mobilization and radicalization.

Third, the multilateral nature of SFA efforts can serve to further fragment existing conflicts. For example, various distinct and uncoordinated military assistance efforts exist within Somalia. Because of this, several different Somali security forces operate across the nation at the federal and member state level, each with its own loyalties, capabilities, and priorities. Not only does this undermine coordination in the fight against al-Shabaab, but it also hampers centralized efforts to develop professional security institutions.

Given the litany of security challenges observed over the past two decades, future SFA efforts should be deployed as part of a viable process to achieve a political settlement of the crisis in question. This may mean pulling back on kinetic operations to open the possibility of negotiations with insurgent groups. Certainly, there are potential pitfalls and challenges to negotiated settlements with groups like JNIM or al-Shabaab, but attempts thus far have not indicated any viable military efforts as sole solutions to the current conflicts in Africa involving al-Qaeda’s affiliates. Counterterrorism operations should be used as part of a process to find a negotiated settlement and promoting security at national, regional, and international levels, with international partners acting as facilitators to these negotiations. But for this approach to have any chance of success, the various foreign donors engaged within these conflicts need to better coordinate their activities and strategic objectives. Resolving the political crises and seeking sustainable solutions should be a top priority; without a strategy to do so, jihadists groups, including al-Qaeda and ISIS affiliates, will continue to capitalize on political grievances to recruit followers and further their violent agendas.

Post Views: 184
Previous Sensing a shift in power dynamic, Iran steps up shadow war with Israel
Next Negotiating out of Counterterrorism in the Sahel