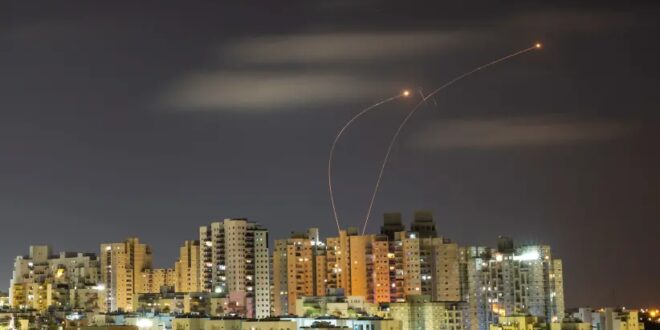 Hezbollah is testing Israel and so far it’s succeeding – analysis

Israel’s response to the Hezbollah rockets could put the Lebanon border in the same situation as the Gaza border.

On Monday, Prime Minister Naftali Bennett spoke at the Knesset. He was met by a volley of yelling, heckling and name calling.
“Let’s talk about the results [of the last government],” he said. “In Gaza, you showed restraint in face of rocket attacks while we attack for every incendiary balloon. You left Hezbollah with ten times more rockets that can reach any place in Israel and because of that the defense budget needs to be big.”

Bennett was not wrong. Benjamin Netanyahu returned to the premiership in 2009, three years after the Second Lebanon War. At the time, Hezbollah had an estimated 30 or 40 thousand rockets. Nowadays, they are believed to have over 150,000.

Was it Netanyahu’s fault? That is questionable, but there is no doubt that under his tenure Israel made a conscious decision not to launch a preemptive strike to stop the Iranian proxy’s military buildup. Israel allowed the armament to go on even though it knew that the rockets were intended to be used one day against it.

For the most part, the decision was in line with Israeli military doctrine. Israel has not launched preemptive action to stop a conventional military buildup; that has been reserved for two instances when Iraq (1981) and Syria (2007) were pursuing nuclear weapons. Nuclear, yes. Regular rockets, no.

What Bennett will learn though is that it is easy to talk but harder to act. This is despite the fact that one of the senior members of his coalition and security cabinet, Justice Minister Gideon Sa’ar, is a longtime proponent of preemptive action against Hezbollah.

In 2018, Sa’ar warned that Israel had a narrow window to attack Hezbollah to prevent it from obtaining precision-guided munitions.

This is all important to keep in mind following Hezbollah’s rocket attack against Israel on Friday. The barrage of about 20 rockets came just two days after three rockets were launched toward Kiryat Shmona. The difference was that the rockets on Wednesday were said to have been fired by a rogue Palestinian group. On Friday, Hezbollah openly took responsibility.

Israel’s response until now has been mild. After Wednesday’s attack, the Air Force bombed open areas in southern Lebanon from where the rockets had been fired. After Friday’s barrage, Israel responded with artillery fire in the direction of the source of the fire. By Saturday night, that seemed to be it.

This is dangerous and complicated. IDF Spokesperson Brig.-Gen. Ran Kochav went so far as to explain that the fact Hezbollah fired its 20 rockets into open fields meant that the Lebanese terrorist group was deterred and scared of a larger conflict with Israel. If that wasn’t the case, he told reporters in a briefing on Friday, it would have attacked population centers.

Is this true? We don’t know. What we do know, is that it is a dangerous way to think since it sets up Israel to allow its northern border to turn into the way things are along the border with Gaza. There, for years, Israel restrained itself after rocket attacks. If it responded, it hit sand dunes or makeshift Hamas observation posts. Nothing too serious.

This normalized rocket fire into sovereign Israel. As long as no one was hurt or killed and as long as the rocket fire was sporadic, Israel could restrain itself. Did it make sense? Maybe. Did it also erode Israel’s deterrence? Definitely.

That is happening along the northern border as well. Kochav’s comment could be interpreted as normalizing rocket fire now from Lebanon. No one was killed and no one was hurt so that must mean that Hezbollah is deterred.

Not necessarily. What comments like Kochav’s potentially do when coupled with a mild military response, is create for Hezbollah a feeling that it – like Hamas – can normalize rocket attacks against Israel’s North.

That right balance of how to respond and is going to be hard to find. Based on Friday’s events, the government needs to do so fast.

Post Views: 133
Previous Iran’s new president hosts terror leaders as he comes into office
Next China And America: A New Game In A New Era – Analysis