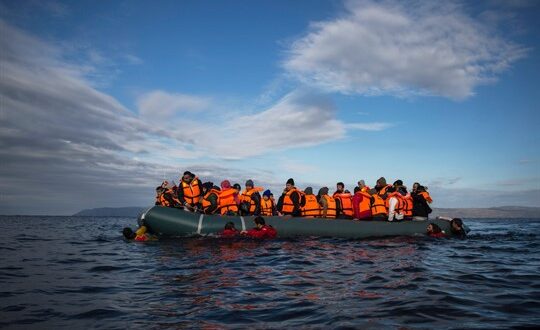 The U.N. Refugee Convention Is Under Pressure—and Showing Its Age

This year marks the 70th anniversary of the United Nations Refugee Convention, one of the signal moral advances in human history. Negotiated in the wake of World War II and initially limited to Europe, the treaty established the first binding legal protections for individuals forced to flee their countries. These rights and responsibilities, which were made universal in the Protocol Relating to the Status of Refugees in 1967, remain a cornerstone of the global humanitarian regime. The convention is, however, showing its age. Many governments are failing to fulfil their legal obligations under it, and the convention does little to address the plight of internally displaced persons as well as those driven from their nations by more complex dynamics, including criminal violence and climate change.

Although we take it for granted today, the Refugee Convention was a revolutionary achievement in 1951, establishing new state obligations toward and new rights for refugees, a category of individuals that had previously been treated in an ad hoc, inconsistent manner. The treaty’s first article defines a refugee as any individual outside his or her country of nationality and unwilling or unable to return to it due to a “well-founded fear of persecution for reasons of race, religion, nationality, membership of a particular social group or political opinion.” Article 33 establishes the critical principle of non-refoulement—a prohibition on the expulsion or forcible return of a refugee “to territories where his [or her] life or freedom would be threatened.” The treaty includes multiple other economic and social protections for refugees. As of 2021, 149 states were parties to either the convention, the protocol or both.