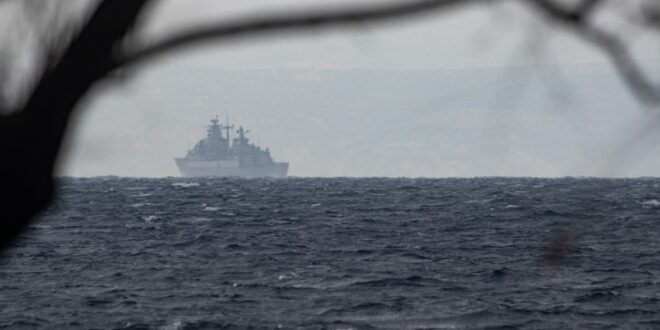 An explosion at the Latakia port in Syria on Tuesday left an unidentified ship on fire, according to local reports, with some suggesting that the affected vessel had been used to transfer Iranian oil to Syria in the past.

Smoke was seen billowing from a ship moored at Latakia port and identified by the TankerTrackers.com monitoring website as the Wisdom, a Panama-flagged, Beirut-registered vessel, which was previously targeted by a mysterious explosion this year.

State-owned Ikhbariyah reported on Tuesday that a fire was extinguished on board a commercial vessel, without giving a reason for the fire in the country’s main port.

Syrian state news agency SANA reported that firefighters extinguished a fire that broke out in a ship that was undergoing “maintenance” at the port.

Smoke from the fire caused some of the workers to suffer difficulty breathing, SANA said, adding that the ship was empty.

The incident came amid rising tensions in the region. On July 29, armed UAVs in the Gulf of Oman struck an Israeli-owned ship, killing two sailors – a British and a Romanian. Iran is believed to be behind the attack, but denies responsibility.

Tuesday’s incident raised suspicion that the vessel may have been hit by Israel in a retaliatory strike.

Hundreds of Israeli air attacks have also struck Syria since the war began in 2011, mostly targeting government allies from Iran and the Lebanese Hezbollah movement, as well as Syrian forces.

And in February 2020, four oil and gas sites in the central province of Homs were attacked by armed drones, sparking fires and causing material damage.

Syria has faced petrol and fuel shortages over the past year with supplies rationed in government-held areas and prices increased.

The war-torn country has grown more dependent on Iranian oil shipments in recent years but tightening Western sanctions on Iran, Syria and their allies, as well as a foreign currency crunch, have made it more difficult to get enough supplies.

But it stood at just 89,000bpd in 2020, Syria’s oil minister said in February, of which up to 80,000bpd came from Kurdish areas outside government control.