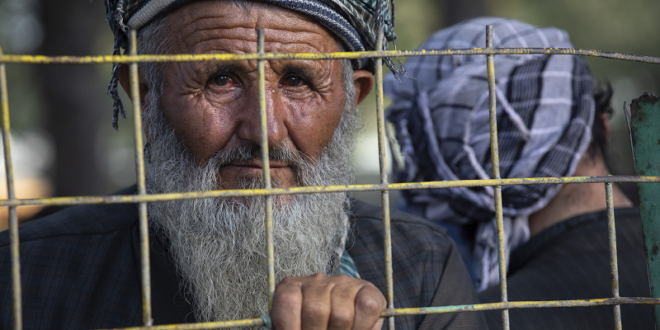 Western powers appear to be preparing for the fall of Kabul, after the United States, United Kingdom, and Canada all announced fresh troop deployments to help evacuate citizens and other residents of the Afghan capital on Thursday.

When asked why so many troops were being sent, Kirby called the move “prudent preparation,” adding: “We want to make sure that we’ve got enough on hand to adapt to any contingencies.”

The deployment announcement came the same day the Taliban captured the city of Ghazni, bringing the group within 100 miles of Kabul. Herat, Afghanistan’s third-largest city, also fell into Taliban hands on Thursday along with the second-largest city of Kandahar—the Taliban’s birthplace—by early Friday, according to CNN reports.

Embassy worries. Amid the withdrawals, Washington is seeking assurances from the Taliban. The New York Times reports that Zalmay Khalilzad, the U.S. envoy to Afghan peace talks, has asked the Taliban to spare the U.S. embassy in any assault or risk forfeiting international aid funding for any future Afghan government. With the Taliban making diplomatic inroads with both Russia and China, future U.S. support may be less of a concern for the group.

U.S. “support.” Publicly, U.S. officials still back the Afghan government to hold on. U.S. Secretary of State Antony Blinken and Secretary of Defense Lloyd Austin spoke with Afghan President Ashraf Ghani, telling him that the United States remains “committed to maintaining a strong diplomatic and security relationship” with Afghanistan’s government, according to a readout. The State Department denied speculation that the two officials had in fact advised Ghani to step aside.

As Western powers line up to leave, it’s difficult to overstate the tragedy of a situation where thousands have been killed, millions have become refugees, and trillions of dollars in resources have been burned only for Afghanistan to end up where it started 20 years ago.