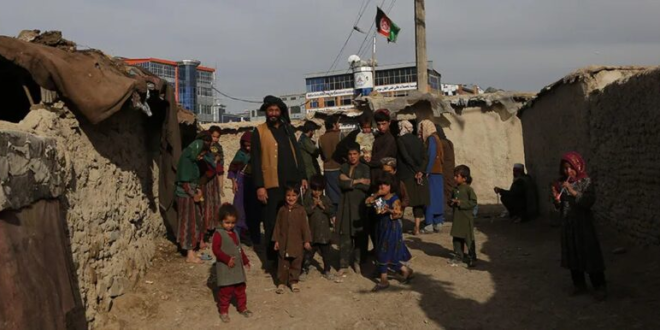 The UK government should maintain aid spending in Afghanistan, especially after the troop withdrawal.

The decision by the UK government to cut foreign aid will have devastating consequences, particularly in Afghanistan where the security situation is deteriorating. The cuts signal that the UK government has not learned from history, where a lack of commitment to Afghanistan and its neighbours has and will lead to humanitarian crises and threaten the UK’s regional interests.

MPs voted to reduce foreign aid funding from 0.7% of gross national income to 0.5%, which constitutes a difference of around £4 billion. This is despite a commitment made by the Conservatives in their 2019 manifesto to maintain the spend of 0.7%.

Past aid from the UK to Afghanistan has been important in alleviating suffering and consolidating development. For example, from 2015 to 2020 the UK government has helped almost three quarters of a million children to access a decent education and to increase the percentage of children under five years old suffering from severe malnutrition receiving treatment from 24% in 2011 to 94%. In 2019, Afghanistan was the third largest recipient of UK foreign aid with Official Development Assistance (ODA) at £292 million.

The Afghan sector in which the UK most consistently spent money over the past five years was in ‘Government and Civil Society’, mainly through the Afghanistan Reconstruction Trust Fund (ARTF). The ARTF, which finances development projects from agriculture to women’s economic empowerment, was established ‘to provide a coordinated financing mechanism for the Government of Afghanistan’s budget and priority national investment programs’.

In a UK government press release in late 2020, it was confirmed that ‘UK aid funding will continue to be delivered predominantly’ through the ARTF. However, the pledge for UK aid to Afghanistan in 2021 totalled £155 million, significantly less than in 2019. Various NGOs have already claimed that the UK’s funding cuts undermine its commitment to addressing specific humanitarian issues, such as girls’ empowerment.

Foreign Secretary Dominic Raab said in a written statement that the Integrated Review has helped to shape the allocation of ODA for 2021 to 2022. The allocation is thematic, making it difficult to determine any funding commitment to Afghanistan beyond the above pledge. In the entire Integrated Review, Afghanistan is mentioned twice, with the most revealing statement being that the UK will ‘continue to support stability in Afghanistan, as part of a wider coalition’. Moreover, the Integrated Review states that the UK has a ‘proud track record’ of protecting refugees, but it does not discuss Afghan refugees, whose plight ought to convince the UK to return to its aid commitment.

History shows the consequences of a failure to support refugees. Amnesty International points to Afghans fleeing from the Communist-led government in Afghanistan as the impetus which started the refugee crisis, with over four million Afghans fleeing to Pakistan by the end of 1980. Afghan refugees have sometimes returned only to be displaced by another conflict.

The Taliban movement originated in Afghan and Pakistani madrassas in which many of the students were Afghan refugees. The Centre for International Security and Cooperation suggested that the Taliban were ‘motivated by the suffering among the Afghan people’. Afghan refugees are not synonymous with the Taliban, given that many refugees have suffered at their hands, but the disillusionment among them has contributed to the formation of the Taliban. Responsibility for the radicalisation of Afghans falls upon several parties, including the US who spent millions on textbooks for Afghan children to encourage violent resistance to the Soviets and then did not rehabilitate them. The continuing strength of the Taliban is evidence of what a lack of commitment to Afghanistan can do.

Despite multilateral efforts, the current Afghan refugee population continues to grow. The UN High Commissioner for Human Rights (UNHCR) warned on 13 July of an ‘imminent humanitarian crisis in Afghanistan’, with the total displaced population rising to over 3.5 million, with 270,000 more Afghans displaced since January 2021. This will likely worsen and the UNHCR’s financial appeal for Afghanistan ‘remains acutely underfunded, at only 43 per cent of a total US$ 337 million required’.

The UNHCR’s Afghanistan overview of 2020 foreshadows what the consequences of underfunding are. This showed that, due to a lack of funds, the UNHCR could not monitor the movement of 155,417 people at the borders, it could not assist 970,000 ‘vulnerable individuals’ with ‘sanitation or awareness-raising activities’ in relation to coronavirus and nor could it help 280,000 people receive ‘improved access to education, health and community infrastructure…’ Unfortunately, this is not an exhaustive list.

In addition to cuts to foreign aid, the stance of the Home Office on refugees does not bode well for this ‘imminent humanitarian crisis’ further afield. The Home Secretary Priti Patel has considered processing asylum seekers on Ascension Island, some 4,000 miles away from the UK. This was motivated by research on methods of processing used by other countries. This consideration occurred in spite of Amnesty International’s condemnation of Australia’s offshore detention camps and of its ‘callous indifference towards Afghan refugees’ in subjecting them to ‘cruel conditions’.

More recently, the Home Office has sponsored the Nationality and Borders Bill. Designed as a means to ‘make provision about victims of slavery or human trafficking’, some commentators have claimed that the bill will actually cause refugees to use more dangerous routes to the UK. Part 2 of the bill, which deals with the ‘differential treatment of refugees’, states that a refugee unlawfully enters the country if they do not have leave to enter when they require it.

The UNHCR has criticised the bill because it would mean that the ‘UK risks breaching commitments under the Refugee Convention’ due to its ‘penalties for refugees who arrive spontaneously’. The UK government’s hard-hearted position on refugees entering its own territory perhaps explains its lack of reference to the Afghan refugee crisis in its foreign aid spending.

UK foreign aid to Afghanistan ought to be maintained at its 2019 levels, at least, for two main reasons. First, the UK has a moral obligation, reflected in the Integrated Review’s ‘force for good’ agenda, whereby the UK has committed itself to ‘help to shore up stability and improve socio-economic conditions’ in places where irregular migration is driven. Therefore, the UK should not have cut its foreign aid to Afghanistan, with underfunding already threatening a humanitarian crisis.

Second, it is also in the UK’s interests, as regional stability is a prerequisite to achieving its regional goals. The UK has highlighted in the Integrated Review that it will seek to create more economic opportunities in the Indo-Pacific through new trade agreements to build upon its share of global trade. The UK also hopes to have ‘thriving relationships in the Middle East… based on trade, green innovation and science and technology collaboration…’ However, the key to unlocking the region’s potential relies on tackling insurgency and political violence and achieving stability in Afghanistan, which will facilitate regional trade connectivity throughout Asia.

The UK’s aid pledge to Afghanistan rightly commits to improving ‘access to education and vital infrastructure’, but the lack of reference to alleviating the plight of refugees is a glaring omission. Despite trends in inflammatory rhetoric, it is not the UK but Afghanistan’s neighbours who face large-scale refugee crises. The UK should thus respond to the UNHCR’s call to support Afghanistan and its neighbours, like Pakistan, through targeted assistance because their ‘hospitality and inclusive policies… must not be taken for granted’.

Post Views: 111
Previous The Resurgence of the Tehrik-i-Taliban Pakistan
Next The African Union Intervention Force Will Stay in Somalia, but with Whose Troops?