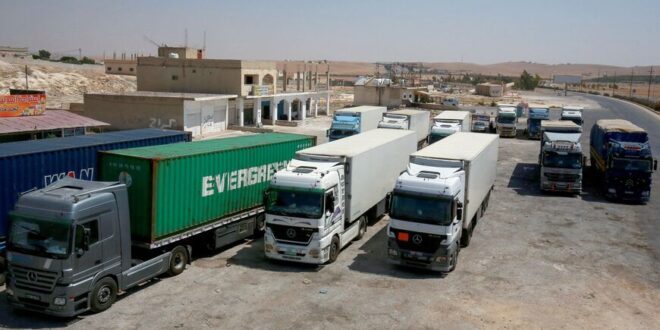 UN Special Envoy for Syria Geir Pedersen said Syrian civilians living under a government siege in the southwestern city are suffering from shortages of fuel, food and medicine.

The United Nations’ special envoy for Syria on Thursday expressed concern over the “alarming situation” in Daraa, the birthplace of the Syrian revolution, where thousands of civilians have been forced to flee their homes in recent weeks.

“The near siege-like situation must end,” a statement from the office of UN Special Envoy for Syria Geir Pedersen said.

“Civilians are suffering with acute shortages of fuel, cooking gas, water, and bread. Medical assistance is in short supply to treat the injured,” the statement said.

The Syrian government since June 24 has blocked roads leading to and from Daraa al-Balad in an effort to pressure the neighborhood’s rebel fighters into surrendering their light weapons. The restrictions have choked off the flow of humanitarian supplies for the 40,000 people living in the former opposition stronghold. The prices of basic goods have soared under the siege.

The wider Daraa province was captured by the Russian-backed army in July 2018. Under a Moscow-brokered “reconciliation” deal in 2018, the rebels agreed to hand over their medium and heavy weapons or be evacuated to northern Syria.

The UN has documented the deaths of at least eight civilians since government forces launched a ground operation and began shelling residential areas in the southwestern province late last month. The rebels have carried out counterattacks across Daraa’s countryside, reportedly capturing dozens of government troops.

The Syrian Observatory for Human Rights, a UK-based war monitor, has described the situation as the “most violent and broadest clashes in Daraa since it came under regime control.” Russian-led mediation talks have failed to stem the fighting, which has forced at least 18,000 civilians to flee the Daraa al-Balad neighborhood since July 28, the UN said.

Pedersen called on all parties to end the violence, and his office’s statement warned that “there is the potential for increased confrontations and further deterioration unless there is an immediate calm and a political way forward.”

Post Views: 106
Previous Can Lebanon be cured by Hezbollah’s crisis?
Next Algeria sentences journalist to 8 months in jail