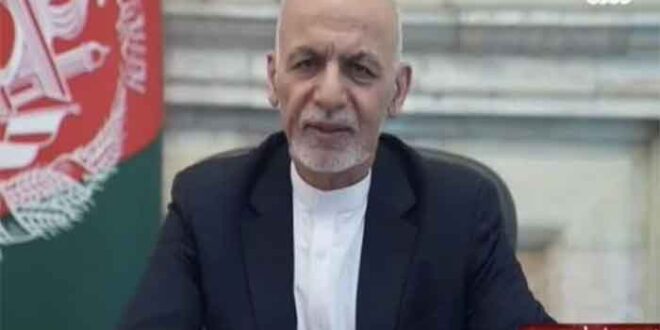 Ashraf Ghani and the Fate of Afghanistan

On August 11, 2021, Pakistan’s Prime Minster Imran Khan said, “I tried to persuade the Taliban… three to four months back when they came here…The condition is that as long as [Afghanistan’s President] Ashraf Ghani is there, we [Taliban] are not going to talk to the Afghan government.” Three days later, news has arrived that Ghani is pondering over resignation, and may leave country with his family.

These unstable shifts are consequential. Taliban have entered the outskirts of Kabul with the second and third largest cities, Kandahar and Herat, under their control. As per UNHCR, more than 120,000 Afghans have fled the fighting in rural areas to seek refuge in Kabul. Ghani’s potential departure can modify these grim realities as Taliban leaders have previously said his removal is a pre-condition for ending the conflict.

In July 2021, a Taliban spokesman stated that if a mutually acceptable candidate was named to replace Ghani, the insurgents would be willing to lay down their weapons. Six months earlier, a leading Taliban negotiator had remarked that Ghani was “the only hurdle” to a successful settlement because the Taliban consider his 2019 election win to be a sham.

One may justifiably ask why Taliban would be interested in negotiations when an outright military victory seems to be on the horizon. First, any future Taliban regime would require recognition as well as support from major powers. Western and North American powers are fully aware of this fact, trying to leverage the Taliban to work with them rather than against them in the militant group’s own self-interest.

In the words of British Defense Minister Ben Wallace: “What [the Taliban] desperately want is international recognition. They need to unlock financing and support [for] nation-building, and you don’t do that with a terrorist balaclava on. You have to be a partner for peace, otherwise you risk isolation. Isolation led them to where they were last time.” The US and other nations have warned that Afghanistan would become a pariah state if Taliban seek a military victory.

Second, Taliban know that an endless pursuit of territorial gains carries within it the possibility of an endless civil war that could threaten the region and thus make other nations withhold recognition. USA’s deployment of B-52 bombers, Reaper drones and AC-130 gunships – on top of the continuing presence of military contractors and more than 1,000 US troops – is already spreading turmoil in Afghanistan and complicating any optimistic prospect of a neat Taliban takeover.

A central factor accelerating the above mentioned two tendencies is the fluctuating Afghan strategy of Pakistan – the primary benefactor of Taliban. Islamabad raised Taliban so that it could a) offer “strategic depth” against India, providing territory and airspace to accommodate the retreat and recuperation of Pakistani troops in case of a confrontation with India; and b) recognize the Durand Line and curb the undercurrents of Pashtun nationalism in the northwest frontier.

Taliban did not prove to be an easy proxy for Pakistan, generating severe blowbacks for the latter. During its brief rule over Afghanistan in the late 1990s, the jihadist organization not only refused to recognize the Durand Line, but went on to foster Pashtun nationalism, albeit of an Islamic character, which fanned the flames of nationalist sentiments within the Pakistani Pashtuns.

Between 2004 and 2006, General Pervaiz Musharraf sent the Pakistani Army nine times into the Federally Administered Tribal Areas (FATA) – the seven mountainous sectors outside the jurisdiction of the North-West Frontier Province – to restrict Taliban penetration and prevent Pakistani Pashtuns from crossing the Durand Line to resist Western troops, who were engaged in the War on Terror.

These unthinking, interventionist tactics engendered solidarity with the Afghan resistance. This led in December 2007 to the formation of the Tehreek-i-Taliban Pakistan (TTP), a murderous home-grown guerrilla intent on returning the war to Islamabad itself. TTP traces its origin to the anti-communist Afghan jihad of the 1980s and 1990s, which gave rise to some Arab mujahedeen from Saudi Arabia who severed themselves from the Wahhabi school of thought.

They formed their own school, which they called Takfiri, far more dogmatic than Wahhabism. Takfiri comes from the Arabic word Takhfir, which is derived from Kafir, or impiety. To declare someone Takhfir is to claim that they are apostates, and so deserving of death. The Takfiri group formed its foundations in Dir district of northwestern Khyber Pakhtunkhwa province of Pakistan and Jalalabad City in Afghanistan. It was finally driven out of Pakistan, but not defeated, after thousands of deaths and millions of dollars.

With Taliban’s advances in Afghanistan, TTP has been given a new lease of life. Flag-bearing Taliban rallies have been seen in Quetta, Peshawar, and other cities. In July 2021, TTP chief Noor Wali Mehsud declared in an interview with CNN that his group aims to make the tribal districts of Pakistan – along the Afghan border – independent. He also claimed that the TTP could take back control of the Pakistani tribal areas if forced to leave Afghanistan.

This indicates an ideological retooling of the TTP. Earlier, the group used to take its inspiration from al-Qaeda, aspiring to build an Islamic order in the entire country. Now, it has developed nationalist credentials, evidencing Taliban’s influence. These inter-jihadist links have spelt trouble for Pakistan.

For Pakistan, a Taliban military triumph would reduce the latter’s dependence on Islamabad, encouraging the jihadists to pursue independent policies, like allowing Pashtun nationalist factions to make irredentist claims. Moreover, a Taliban battlefield victory would have what the United States Institute for Peace (USIP) has called an “emboldenment effect”. The fanaticism of Pakistan-based religious parties and clerics would be activated, unleashing attacks by anti-Pakistan militants inside Pakistan’s borders.

To avoid the adverse effects of a total Taliban win, Pakistan wants the group to be part of an intra-Afghan power-sharing arrangement which would prevent the former from monopolizing power. Ghani’s presidential retirement would pave the way for this strategic avenue, enabling Pakistan to get rid of the vagaries associated with a strengthened Taliban. The successful implementation of this oscillating Pakistani plan depends on the extent to which Taliban is conscious of their international perception.