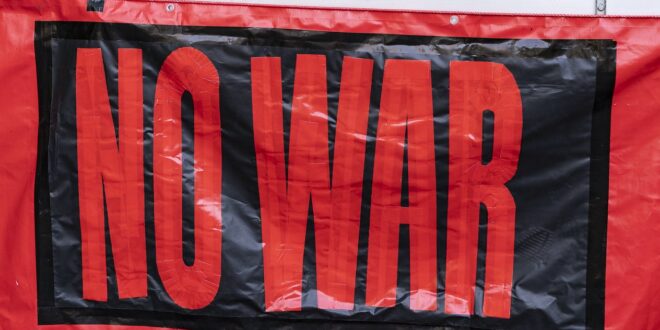 American media and other politicians, and the people they pay to say things, are locked up tight with the demise in Afghanistan. How could anyone let this happen? Who’s to blame for these precipitous – they claim — events? What awful chaos at the airport! The answers are as vacuous as the questions.

Two decades of American sacrifice was too few years for them.

2, 448 American military deaths (plus 20,149 wounded in action, hundreds of thousands with unseen wounds, plus 3,846 US contractor deaths) was not enough blood and tragedy for them.

Up to $2.6 trillion (including $92.7 billion in military security aid, $28.4 billion in economic and development aid, plus $22.2 billion in governance assistance all directly to Afghanistan, plus approximately $800 billion for US military operations) was too miserly for them.

307,000 Afghanistan soldiers and police trained and armed by the US were not enough to hold 60,000 Taliban fighters (who had no air force, artillery or armor) at bay.

Literally millions of US strikes and support sorties, incompletely reported publically by the Pentagon over just seven of the war’s 20 years, were not enough for them.

Why did it all fail?

An example of the various excuses offered up is revealing. As Mark Thompson at POGO tells us, based on a recent book, the “key reason” is Pakistan. Pakistan’s supplying the Taliban and giving them sanctuary for rest and planning was “the sucking chest wound that would keep the U.S. from prevailing….” Whatever unspecified amount of material help the Taliban got from Pakistan is literally nothing compared to the almost $93 billion in arms, training and advice the Afghanistan security forces got from the US. The deciding factor was very clearly not the material advantage the Afghan forces had from us. Instead, it was a question of mental and – far more importantly – moral dynamics. No, the Taliban religious fanatics were not more ethical. But they did have a huge moral edge.

The Afghan government’s war effort was riddled with corruption at every level of the society, but mostly at the top. It was fueled by American plane loads of cash and bottomless economic handouts (with too little oversight too late — very informing but also very unwanted, masked from the public and almost never listened to, especially by the war’s administrators). Elections and power were brokered among squabbling politicians and warlords. All of it, and more, carried the stigma of being led by the nose by the frequently arrogant Westerners (mostly Americans) and their alien, frequently repellent – to Afghans — culture (mostly American). These moral factors made the supposedly 307,000 strong Afghan security forces an empty husk waiting for the least opportunity to desert after collecting, if they were lucky, their pay, defect to the other side selling their weapons, or simply leaving them for the Taliban to pick up. The Humvees and trucks the Taliban drove into Kabul were not supplied by Pakistan – nor China or Iran.

The reason for the collapse by our side in this decades long civil war should be easy to see, unless you are blinded by your interventionist dogma, lust to grab a cheap domestic political advantage or as an accepted insider in American media punditry, such as the Washington Post’s ubiquitous interventionist Max Boot.

It is the same type of breakdown that occurred when ISIS collapsed the American trained and equipped Iraqi army in Mosul in 2014 and, fundamentally, when the American catastrophe in Vietnam came to an end in 1975.

Other cultures with their own religions, traditions, history and – for better or worse – sense of how to interact amongst themselves don’t want aliens to interfere, let alone impose their will. They never did. Neither do we, nor did we ever.

If we want to change the way other peoples handle human rights, international conventions of justice and behavior, and specific, important issues like gender equality, we will need to stop listening to those who advise conquest, domination and moralizing and who then point fingers at scapegoats, certainly not themselves, when the house of cards collapses. Once again, the Washington Post’s Editorial Board provided an excellent, and typical, example of the pathology with its August 12 opinion.

The only way to start finding another road is to comprehensively offer refuge with compassion, and a little less hypocrisy, to the human debris we have left in Afghanistan. The American leader who will show us how to do that – ethically, effectively and without making excuses — has not yet emerged. As we wait for him or her, ignore the empty noise from the politicians, pundits and editorial boards that initiated and enabled the disaster. They are now busying themselves blaming Biden for the chaos at the Kabul airport – eschewing the tougher target of the military planners but more profoundly diverting attention from their own moral responsibility.