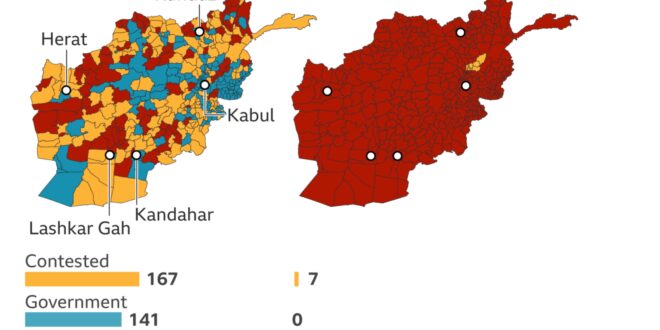 Did China Outmaneuver the US and Embolden the Taliban?

It’s no secret Chinese diplomats recently met with Taliban leadership. They likely saw the unfolding situation in Afghanistan as an opportunity to support a winning racehorse and gain more edge on their quest to become the new superpower.

Incredibly, Secretary of State Blinken said that Chinese influence in Afghanistan could be a positive thing if China sought a “peaceful resolution of the conflict,” and a “truly representative and inclusive” government. Yet, China doesn’t have a government that could be called “representative and inclusive” by anyone. So, why would they work towards one in Afghanistan?

Yet, it’s not unlikely that the Taliban held meetings with the Chinese intelligence service that could have aided in Taliban planning and operations.

Anyone who understands diplomacy and espionage can do the math and see that the Taliban are solidly backed by China. This could have emboldened them to take back Afghanistan in true blitzkrieg style as they did.

That the Taliban moved with such speed and confidence only underlines decades of failed American foreign policy initiatives. Further, it could now see China cast a menacing shadow in the Middle East.

President Biden Attempts to Absolve Himself

The deal wasn’t a treaty ratified by the Senate which the president could not modify or break without its consent. Like the deal President Obama made with Iran over its nuclear program, Trump’s deal with the Taliban was made informally. Therefore, it could be modified or discarded by the next administration but not just ignored as if it didn’t even exist.

The agreement that President Trump made was to remove all U.S. forces by May 1, 2021. We are now in mid-August. What did President Biden do, if anything, to meet those terms? Since he did not repudiate this arrangement he was pretty much obligated by a sense of national honor to keep to its terms.

What steps did the Biden administration take in the last seven months to evacuate the thousands of Afghans who helped U.S. forces?

We’ve seen messes like this in Libya, Syria, Iraq, and now the largest unforced error of them all, Afghanistan.

America now leaves loyal Afghans hanging by one arm on the cliff of promises made by one administration and broken by the next.

I can’t help but reflect on my own time serving in Afghanistan in 2001-02. Friends and SEAL Teammates lost, and for what purpose?

America left the Kurds in a similar fashion both times when we pulled out of Iraq. Moreover, the sudden pullout contributed to the rise of ISIS and Iran’s regional ascendancy.

One thing is certain, you can’t build trust this way and the CIA and State Department will have a hard sell shaping diplomacy abroad in the future.

The main question I’d like to pose is this: Will American politicians finally learn that they have to start playing chess (like the Chinese) not checkers when it comes to foreign policy planning?

Only time will tell.

Post Views: 85
Previous Secretary of Defense: ‘I Don’t Have the Capability’ to Escort Stranded Americans to Kabul Airport
Next Ankara mulls ambitious but risky engagement with Taliban