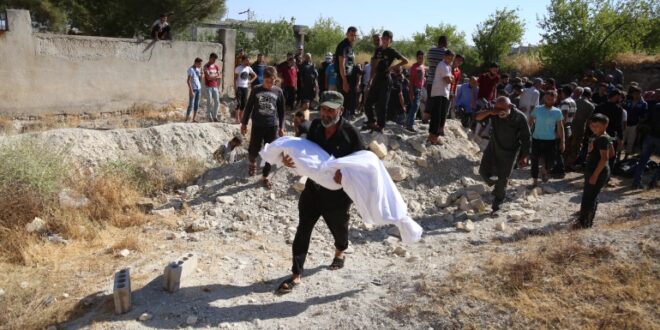 What Happened Over the Weekend

Israeli airstrikes on Damascus and Homs, the SDF conducts business with companies under sanctions and arrests ISIS leaders in al-Hassakeh. Catch up on everything that happened over the weekend.

Israeli airstrikes on Syria killed four pro-Iranian fighters allied to the Damascus regime, a Britain-based war monitor said Friday. According to the AFP, Syrian state media earlier said its air defense system engaged “hostile targets” over the capital Damascus late on Thursday. “The Israeli enemy launched an aerial attack… targeting positions near Damascus and around the city of Homs,” a military source told SANA. “Our air defense responded to the missiles and shot most of them down.” The Syrian Observatory for Human Rights said the Israeli missiles had targeted “arms depots and military positions” belonging to Lebanese Shiite movement Hezbollah, in the Qarah area in the northwest of Damascus province, near Homs province and the Lebanese border. The strikes had killed four members of the Iran-backed group, but it was not immediately clear whether they were Syrian or Lebanese, the Britain-based war monitor said.

AP reported that the Syrian government forces shelled a village in the country’s rebel-held northwest on Thursday, killing five people, most of them children, opposition activists said. Northwestern Syria has been witnessing sporadic military activities since a cease-fire there was brokered last year in March by Turkey and Russia, which support opposing sides in Syria’s civil war. The deal ended a crushing Russian-backed government offensive on the province of Idleb, the last major rebel stronghold in the war-torn country. Thursday’s shelling of the village of Belshoun killed one woman, three of her children, and another child, according to the Britain-based Syrian Observatory for Human Rights, an opposition war monitoring group. The White Helmets said it took rescuers three hours to recover the bodies from under the rubble.

Representatives of the Qaterji company and leaders of the Syrian Democratic Forces (SDF) met in early August to discuss the possibility of increasing oil shipments that the company, which is listed on the U.S. sanctions list, transports between government-held areas and those controlled by the SDF in northeast Syria. According to al-Monitor, Qatirji demanded to raise the weekly number of tankers to 400, from 250, while the SDF demanded that the Syrian government provide it with 100 tankers of diesel and gasoline, instead of 50. Another meeting is scheduled for next week.

The Kurdish Asayish (police), supported by the Global Coalition, managed to arrest two ISIS leaders in the western countryside of al-Hassakeh. The Asayish, North Press reported, published on its official website that its special forces, with the support of the Global Coalition, raided the place of two ISIS leaders in charge of terrorist operations and confiscated their weapons, ammunition, and equipment in the western countryside of the city on Friday.

Post Views: 134
Previous Who is Salem al-Meslet: Head of the Syrian Opposition Coalition
Next Russia Will Not Intervene in Afghanistan