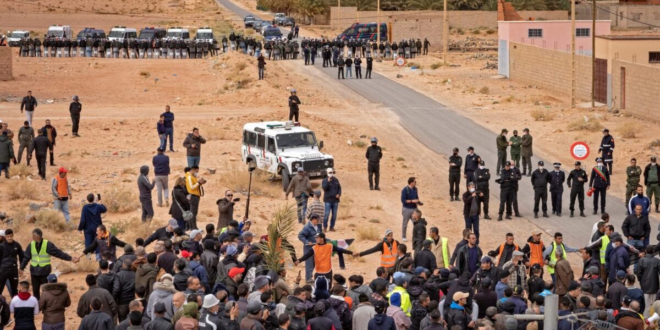 Relations between Morocco and Algeria have taken a dangerous turn after Algeria militarised its border with Morocco. Observers have not ruled out the possibility of closing the airspace shared with its western neighbour.

The Algerian High Council of State, headed by President Abdelmadjid Tebboune, held an extraordinary meeting last Wednesday, and accused Rabat of threatening Algeria’s stability and security in coordination with Israel.

In its statement, the council accused the Moroccan authorities of causing the fires in the country with the help of the Kabyle Independence movement MAK, while announcing its intention to reconsider relations with Morocco.

Earlier this week, Algerian Foreign Minister Ramtane Lamamra accused Morocco of coordinating with Israel to destabilise Algeria and denounced the statements of Israel’s foreign minister, who spoke about coordination between Algeria and Iran during his visit to Rabat.

Algerian press is waging an unprecedented campaign against Morocco, as the newspaper Algérie Patriotique reported on Friday evening that Algeria is considering suspending the air link between Algiers and Casablanca to reconsider bilateral relations between the two countries.

The newspaper, owned by former Defence Minister Khaled Nizar, confirmed that the Algerian army has militarised the border with Morocco and declared an exceptional state of emergency.

In turn, Morocco has intensified its military presence on the borders, and there is fear of the tension leading to military skirmishes.

Despite the measures announced by Algeria, including the review of relations, Rabat remained silent and did not respond to the statement of the Algerian High Council of State.