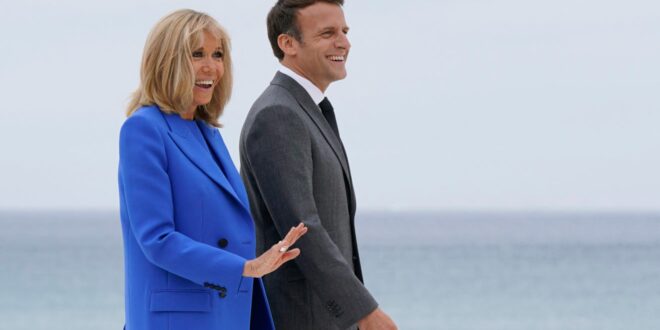 France stuck in Sahel despite ‘withdrawal’

French President Emmanuel Macron must be delighted with the headlines.

Despite the announcement made on the eve of the G7 Summit, a meeting of the world’s seven leading industrialized democracies, the reality is that France is likely to remain stuck in the sands of West Africa for the foreseeable future.

But in the face of the region’s worsening instability and growing unease at home, Macron has succeeded in creating the impression of a radical change in policy.

By announcing “the end of Operation Barkhane as an external operation” and a “profound transformation” of the French presence, Macron sent multiple messages to his different audiences: French voters, Africans, the United States, European partners and rulers in the Sahel.

Less than a year before he seeks reelection, Macron signaled to his domestic audience that he is starting to disengage from a long-running, unwinnable desert war launched by his predecessor in 2013. He also pledged to continue a more limited fight against “Islamic terrorism” and blamed coup leaders in Mali and, to a lesser extent, Chad for failing to stabilize the region.

To French voters, many of whom tell pollsters they no longer understand why French troops are still dying in the Sahel, this sounds like a welcome message that “our boys are coming home,” even if the 5,100-strong presence is likely to be reduced and adapted rather than withdrawn. If French forces incur casualties between now and election day, Macron will have at least partly avoided blame and robbed his opponents of a “troops out” angle of attack.

To Africans, who feel humiliated by having to rely on their former colonial master for security or angry that the French presence has not ended the bloodshed, or both, Macron’s message was that France will not overstay its welcome. If their leaders are unwilling or unable to build legitimate, democratic institutions and restore public services to long-abandoned regions, Paris cannot do it for them.

“We cannot go on stabilizing zones that fall back into lawlessness because states decide not to take responsibility for them. That’s impossible, or else it is an endless task,” the president said.

To the leaders of the recent military coups in Chad and Mali — two of the Sahel countries where French forces have been fighting jihadist insurgents — Macron issued a clear warning that they can no longer rely on military support from Paris if they undermine their own countries’ institutions and fail to serve their peoples.

“France’s long-term presence in external (military) operations cannot be a substitute for a return of the state, of public services, of political stability and for choices made by sovereign states,” he told them.

At the same time, Macron sought to rally international support for continuing a counterterrorism campaign in the region, where two separate coalitions of jihadist groups — one affiliated with Al Qaeda and the other pledging allegiance to ISIL — have expanded their footprint and created parallel state structures in areas long ceded by government forces.

Macron stressed he would consult the U.S. and European partners before changing the French military deployment, thanked them for their continued support and vowed to continue leading Task Force Takuba, which groups European special forces in training and accompanying a Group of Five (G5) joint force created by Sahel states to combat the jihadists.

France’s targeted action against guerrillas, stretching across a zone bigger than the whole of Europe, is only possible thanks to U.S. satellite intelligence, drone reconnaissance and surveillance, strategic airlift and air-to-air refueling.

European partners, such as the United Kingdom, Denmark and Sweden, provide crucial helicopter capabilities for air-mobility. Other Europeans, including the Germans and the British, have sent troops to the U.N. peacekeeping mission in Mali, and smaller partners, such as Estonia and the Czech Republic, have shown highly important symbolic European solidarity by committing special forces to Takuba.

The European Union provides military training for the Malian Armed Forces and the G5 Sahel Joint Force, as well as capacity building for the internal security forces of Mali and Niger. Paris is desperate to keep them on the ground, even as it seeks to lower its own military profile.

However, even if Macron’s decision is popular at home, there are several flaws in his slick messaging.

How will he convince the new military rulers in Bamako or N’Djamena to reform their decrepit states, fight corruption and impunity, or hand over to civilian, democratic rule if they think the French are on the way out anyway? Why wouldn’t the governments in Mali and Burkina Faso pursue peace deals with some of the jihadist the insurgents, defying French red lines, even if that means accepting de facto pockets of sharia law in some areas?

How will Macron persuade reluctant European allies cajoled into joining French-led military operations in the Sahel to stay the course if they see Paris pulling most of its own troops out of harm’s way?

Why should U.S. President Joe Biden, who has taken on the uncomfortable decision to withdraw U.S. forces from Afghanistan by September 11, continue to provide military support to the French in West Africa, if Macron himself is depicting the stabilization effort as, essentially, a lost cause?

France’s allies may be willing to stay on in the region because of their own concerns about containing Islamic militancy, limiting its spread to the Gulf of Guinea and the Atlantic where they have economic interests, and averting a potential surge of irregular migration to Europe.

But after a group of retired generals stirred up controversy this year by claiming that the French state was being subverted by Islamic radicalism and warning of a risk of “deadly civil war,” Macron also faces a challenge in selling this new policy to his own military.

Far from being able to declare “mission accomplished” — however illusory that may have been in the case of the U.S. interventions in Iraq and Afghanistan — the French leader is all but admitting that the Sahel operation, despite tactical successes against the jihadists, is a failure.

This is not comparable to the military defeat in Vietnam or the ignominious withdrawal from Algeria that brought a traumatic end to French colonial rule in the 1950s and 1960s. But it is nevertheless a significant setback for France in its own “backyard,” which all of Macron’s skilled rhetoric cannot disguise.