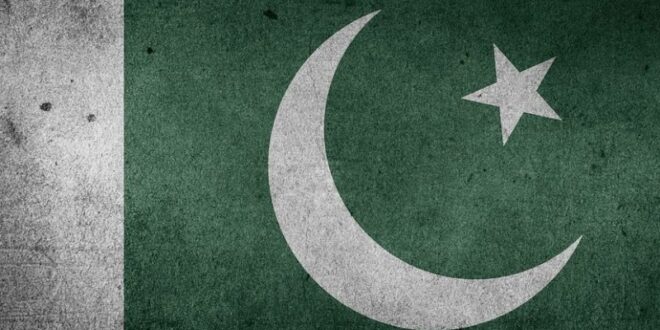 The Financial Action Task Force (FATF) in its last meeting in June 2021 announced that Pakistan will stay on the watchdog’s grey list, till it completely fulfils the action plan agreed to in June 2018. Pakistan has remained on the grey list despite meeting all requirements, while only one item on the list remains to be addressed. Ever since placed on the grey list, Pakistan has suffered huge losses estimated to be USD 38 billion. The economic limitations due to the FATF restrictions are casting detrimental effects on the life of ordinary Pakistanis. In addition to the Covid 19 pandemic, which has already severely harmed Pakistan’s economy, these limitations have further hindered the country’s economic progression.

A quantitative analysis of non-compliance to FATF by other countries shows that Pakistan has so far achieved 26/27 targets and based on the non-compliance data, Pakistan score is almost same to that of the United States. This data also clearly establishes that Pakistan is more compliant than India and many other countries. Details are shown below in an info graph – prepared by Islamabad Policy Research Institute.

It has been reported by the different quarters that the decision taken by the FATF to keep Islamabad on its grey list is basically political and was influenced by the fact that Pakistan did not do enough to serve U.S. strategic interests on its troops’ withdrawal from Afghanistan. Pakistan’s Premier, Imran Khan’s, famous remarks of “absolutely not” regarding granting military ‘bases’ to the U.S. in context of a scheduled FATF review could have negatively impacted the prospects of getting out of the grey list. FATF’s biased approach towards Pakistan should not be analysed in isolation, but contextualized in the larger picture of U.S.-Pakistan relations. Washington is not only the prominent financer of FATF, but when Pakistan was grey listed in 2018, Mr. Marshall Billingslea from U.S. Department of the Treasury was the watchdog’s president who was also heading the Office of Terrorist Financing and Financial Crimes.

FATF is a technical forum that should monitor money laundering and terror financing and should strictly avoid indulging in political affairs. To perform efficaciously FATF needs to take decisions on technical grounds. The Royal United Services Institute (RUSI), in its extensive report, recently admitted that FATF is politically oriented and being used as a leverage by the Western powers, especially the United States. The recent FATF declaration against Islamabad reveals clearly that this is not the 27-point action plan; it demands the complete submission of Pakistan, particularly about the developing situation in the region, to accomplish the U.S. and India’s strategic objectives.

FATF has long been pressed by India to impose more harsh sanctions on Pakistan. New Delhi is using the FATF to propagate and facilitate tough stance against Islamabad. Indian External Affairs Minister S Jaishankar has recently admitted that the Narendra Modi government had “ensured” that Pakistan remained on the grey list of the FATF. Meanwhile, Pakistan has presented proofs that India is offering arms and training to terrorists to destabilize Pakistan and the recent attack in Lahore is a clear indication of the Indian nefarious designs against Pakistan. India is also sending arms and ammunition to the crumbling Afghan government to orchestrate terrorist activities in Pakistan. A UN report on terrorism has also highlighted the grim reality that there are a significant number of ISIS terrorists in two major states of India, Kerala and Karnataka. UN report also stressed upon the facts that India is financing and supporting terrorism, however the FATF has so far remained intentionally oblivious and initiated no action against India while Pakistan was retained on the grey list on the basis of disinformation campaign orchestrated by India.

FATF must consider rejecting the complaint against Islamabad as it was initiated and lobbied by India and the U.S. for their political vendetta. Whereas India has by now been fully exposed by international watchdogs i.e. EU Disinfolab, which unearthed how India coordinated false, unsubstantiated and venomous propaganda to damage the reputation of Pakistan at international level. In fact, discrepancies and discrimination within the FATF structure, are designed to force Pakistan to make submissions on numerous issues, such as the provision of the United States’ military bases, submission to not raise voice on the recent crisis in IIOJK, compromises on Afghanistan, change of domestic laws, and a halt to cooperation with China. As requested, and required by the FATF, Pakistan cannot fulfil the unending action plan list.

World powers, especially the United States, are employing the FATF as a geostrategic tool to pursue their political interests. The FATF was designed to define rules for dealing with financial crimes, but that is only theoretically true, in reality FATF judgments are mostly based on political motivations. Pakistan along with like minded countries must raise voice against such unethical pursuit by various countries at FATF.