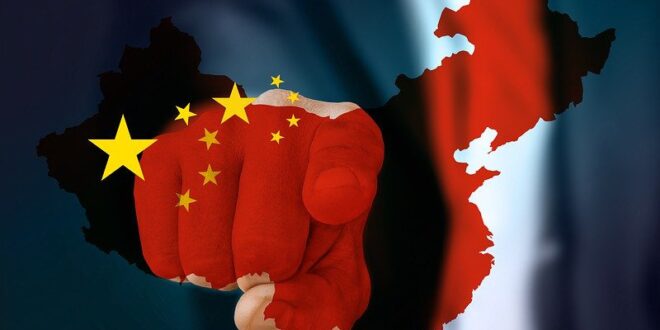 The North Atlantic Treaty Organization (NATO) and its partner countries in the Asia-Pacific are increasingly concerned about the challenges that an assertive China could pose to global security. Based on the report ‘NATO 2030: United for a New Era’ dated November 2020, these challenges are multi-domain. A political strategy is there but so are the hurdles. To complicate matters, NATO may have to cooperate with China to adjust to Afghanistan’s new political reality under Taliban rule.
Reacting To Chinese Influence Activities

The NATO 2030 report explained that China poses an ideological challenge to democracies. The rising shadow of its authoritarianism could undermine the shared democratic values of NATO’s member and partner countries.

China also poses a geostrategic challenge. Its military modernisation is expanding the reach of the People’s Liberation Army (PLA) to the Atlantic, Arctic and Mediterranean. The report cautioned that China, like Russia, could exploit differences among members of the NATO Alliance to endanger their collective interests.

The report recommends that NATO devote more resources to address the security challenges that China poses, including ‘a political strategy for approaching a world in which China will be of growing importance through to 2030.’

The year 2021 marks the beginning of deeper engagements in the Asia-Pacific by NATO members to counter Chinese influence. Southeast Asia, mainly, is the region where the China-United States (US) strategic competition would intensify.

China, wary of such freedom of navigation operations, regards NATO military assets in Southeast Asia as neo-imperial manoeuvres supporting the US’ anti-China strategies.
Challenging China In Its Neighbourhood

Would the military power projection by NATO members make a significant dent in China’s geopolitical aspirations in the Asia-Pacific – especially Southeast Asia – and globally? Realistically, NATO faces an uphill task in protecting its neighbourhood from Chinese influence by countering China in its near abroad. In the first place, China is not a rising power in the Asia-Pacific, as some analysts would frame it using the Thucydides Trap concept.

Instead, China’s current rise marks the return of an old great power. China was an imperial power in the Asia-Pacific long before European colonial powers arrived. In 2005, China celebrated the 600th anniversary of the sea voyage of the Ming Dynasty’s Admiral Zheng He, who explored Southeast Asia and beyond. As a new era of international relations began after World War 2, Southeast Asia remained open to but cautious of China. The primary reason for the founding of the Association of Southeast Asian Nations (ASEAN) in the 1960s was to forge a collective defence against communism and China’s support of communist elements in the region.

China ramped up its engagements in Southeast Asia in 2020. It seeks to counter the loud anti-China rhetoric of former US President Donald Trump and the US government’s China containment efforts, such as the Clean Network initiative. Southeast Asia is also observing China’s engagements with Afghanistan after US’ and NATO’s pull-out, given past links between Al-Qaeda and terrorist groups in the region. China’s engagements are influence activities at the strategic level and aim to convey four key messages to the region.

Firstly, Southeast Asia can count on China as a dependable partner in fighting COVID-19. Secondly, Southeast Asia should work with China to pursue post-pandemic economic recovery through more trade and digital integration. Thirdly, China portrays itself as a stabilising power, which shares the mutual interest of guarding domestic politics against external interference. Fourthly, China promotes itself as a champion of multilateralism using the narrative of a ‘community of shared future for mankind.’ This oft-mentioned narrative underscores the Belt and Road Initiative (BRI) and COVID-19 vaccines as public goods that China could provide amid the challenges of western protectionism.

The grand strategic goal of China’s engagements is to softly shape positive perceptions in the hearts and minds of people, opinion-shapers, politicians and policymakers in Southeast Asia. These engagements compensate for suspicion and distrust stemming from China’s sharp salami-slicing or grey-zone tactics. These tactics aim to acquire regional acquiescence of Chinese expansionism. An example is China’s testing of Malaysian defences in June 2021. 16 Chinese People Liberation Air Force (PLAAF) planes reportedly flew over Malaysia’s exclusive economic zone but did not respond to radio communications.

China’s grey-zone tactics are antithetical to trust building. However, its ‘Long March’ strategic culture could mean that it would be unwavering in its tactics despite the impact.

Southeast Asia is too important to the China-US strategic competition. The region is critical to China’s efforts to circumvent US economic and technological restrictions. The region is also crucial for China’s first island chain strategy to secure its economic interests and impede military adversaries. Therefore, it is unsurprising that China is suspicious of NATO military assets in the region.
Military Power Projection Insufficient Against Influence Activities

NATO members’ military power projection could provide some security assurances to their Asia-Pacific partners and countries wary of China’s intentions. However, it would be insufficient to counter China at the grand strategic level as China could exploit longstanding political and economic levers in the region.

ASEAN should serve as a collective political and economic front against China, especially concerning the Code of Conduct for the South China Sea. However, the ASEAN member states have differences and internal vulnerabilities that China could exploit.

For example, the close friendships of Cambodian and Laotian political leaders with China have made it difficult for ASEAN to develop a unified position against China. The Philippines’ leadership lacks coordination in response to Chinese activities at the South China Sea, due partly to gratitude for China’s vaccine diplomacy. Moreover, some countries in the region have exploitable internal vulnerabilities resulting from economic development gaps and political schisms. These vulnerabilities are difficult to solve, and alternatives to China’s market and largesse are few.

The 18th-century philosopher Immanuel Kant believed that economic interdependence (e.g. trade, logistics, information and digitalisation) is one of the three elements of inter-state peace. Yet, interdependence has become a double-edged sword today. Economic warfare works by exploiting trade relations to inflict pain. However, countries in the region depend heavily on international trade with China, especially in riding out the economic impact of COVID-19.
NATO’s Political Strategy For Asia-Pacific

Despite the hurdles that NATO faces in the Asia-Pacific, particularly Southeast Asia, its engagements in the region are still crucial for security assurances. These engagements also remind Asia-Pacific countries that they are not alone in facing Chinese influence activities and military power.

It is encouraging to note that the NATO 2030 report also calls for openness to ‘the prospect of political dialogue with China on shared interests’ and being ‘open to engagement with China at different levels and to opportunities for cooperation.’ These essential points may reassure Asia-Pacific countries that NATO is not being aggressive towards China or wishing for the region to become a conflict zone.

Firstly, NATO could impress upon its member and partner countries the importance of averting the institutionalisation of racism and xenophobia in their national policies to counter Chinese influence. The outcomes of racism and xenophobia could create political oxygen for China to win over the hearts and minds in Asian countries at the expense of NATO. For example, an article dated 20 August 2021 by the Chinese Embassy in Singapore highlighted that the US calling of COVID-19 as the ‘Wuhan virus’ has caused a rise in hate crimes against Asians globally.

Secondly, NATO and the US must demonstrate a coherent approach in managing the implications of their chaotic withdrawal from Afghanistan. The ensuing crisis from the withdrawal will have global security and humanitarian implications that could affect NATO’s image. Can Asia-Pacific countries remain confident in NATO – including the US – as friends that would help defend the universal values of democracy, freedom, human rights and dignity? On the other hand, would NATO and the US remain engaged in protecting these values only when they serve their geopolitical interests?