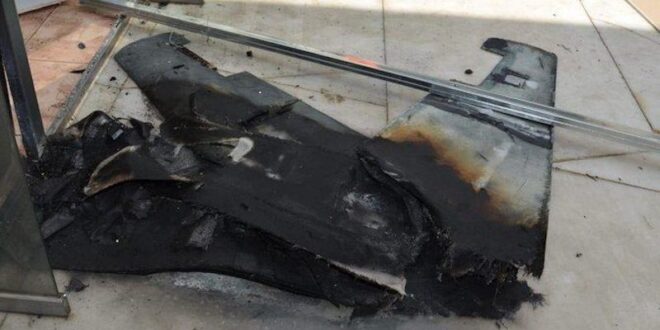 The Iran-backed Houthi militia in Yemen were accused of war crimes on Tuesday after they launched two armed drones targeting Abha airport and a ballistic missile aimed at Najran in the south of the Kingdom.

Saudi air defenses intercepted and destroyed the drones and the missile. Eight people were injured by falling debris, and an Airbus A320 civilian aircraft on the tarmac was damaged.

Of the injured, one was Saudi, one from Nepal, three from India and three from Bangladesh. One of those injured was in a critical condition in hospital.

The Saudi-led coalition in Yemen said the drone attack on the airport “constitutes a war crime.”

Later the coalition launched an operation targeting a launchpad in Sanaa, the Houthi-occupied Yemeni capital, and said it had “destroyed the terrorist elements responsible for the attack.”

Flights at Abha International Airport were temporarily halted “to ensure the safety of incoming and departing aircraft, as well as civilians at the airport,” the coalition said.

During its weekly meeting, the Saudi Cabinet said the attack was a war crime that targeted passengers of different nationalities and airport staff.

Yousef Al-Othaimeen, secretary-general of the Organization of Islamic Cooperation, condemned the Houthi attack. “Endangering the lives of passengers and civilians is a cowardly terrorist act and a war crime,” he said.

Al-Othaimeen urged the international community to take a firm stance against what he called the Houthi militia’s “cowardly threats” and stop them from using ballistic missiles and weaponized drones to target civilians in the Kingdom.

Meanwhile, in Yemen at least 100 Houthis have been killed in the past 72 hours in heavy fighting with Yemen government troops outside the central city of Marib.

Col. Yahiya Al-Hatemi, the military’s media director, told Arab News that at least 40 Houthis were killed in Al-Kasarah on Tuesday morning after government forces carried out a feint retreat and lured them into their position.

Government troops also scored gains west of Marib by liberating a swath of land in Malbouda, killing at least 23 fighters. Military officials say the Houthis have been drawn into a military quagmire in Marib that has largely eroded their numbers and firepower.

The Houthi militias have targeted civilians and civilian objects at Abha International Airport a number of times in the past years:

April 11, 2018
A drone targeting the airport was intercepted.

May 26, 2018
A drone terrorist attack against the airport was thwarted.

June 12, 2019
Twenty-six civilians were injured when a missile struck the arrivals hall.

June 23, 2019
A Syrian civilian was killed, and 21 people of different nationalities were injured in an attack on the airport.
The list of injured people included 13 Saudis, four Indians, two Egyptians and two Bangladeshis.
Eighteen vehicles were damaged, in addition to other material damage.

Aug. 31, 2020
The airport was targeted with a weaponized drone intercepted by coalition forces.

Feb. 10, 2021
The Iran-backed Houthi militias carried out a terrorist attack targeting the airport, causing a fire in a civilian aircraft that was brought under control.

Aug. 31, 2021
Two attacks with two weaponized drones were carried out in one day.