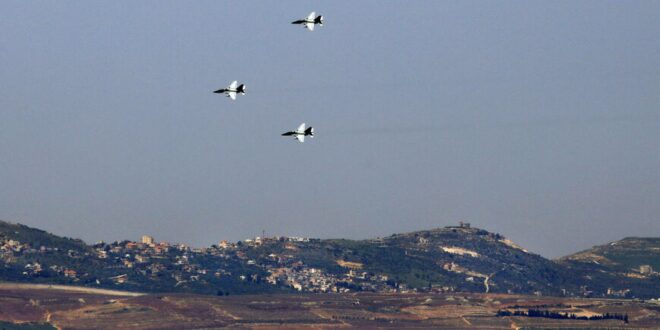 A missile was shot from Syria toward Israel Thursday night, according to an Israel Defense Forces (IDF) spokesman. The anti-aircraft missile exploded over the Mediterranean Sea. On Friday morning, residents of central Israel found fragments of the missile, the IDF’s Arabic-language spokesman Avichay Adraee said on Twitter.

Syrian air defenses also shot down Israeli missiles in the suburbs of the capital Damascus early Friday morning. There was some material damage from the strikes, the official SANA news outlet reported.

Syria regularly accuses Israel of carrying out airstrikes in its territory, though Israel rarely confirms this. The strikes target Syrian and Iranian military positions in the country, which Israel views as a threat. The latest suspected Israeli missile strike in Syria occured last month.

Attacks from Syrian territory are more rare. In April, a missile from Syria landed in central Israel, prompting Israeli retaliation.

Adraee did not say who fired the missile and nobody immediately claimed credit for it.