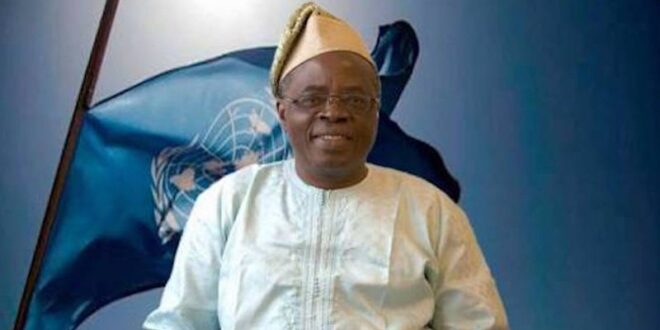 The scramble for the multidimensional control of the African continent by global players is a geopolitical reality. In order to be part of this geopolitical arena, foreign players have been devising different mechanisms for revitalizing partnership and strengthening cooperation with Africa, says Dr. Babafemi A. Badejo, Professor of Political Science and International Relations at the Chrisland University in Abeokuta, Nigeria, and a former Under-Secretary-General for the UN Mission in Sudan.

Many foreign players and investors are now looking forward to exploring several opportunities in the African Continental Free Trade Area (AfCFTA), he adds. With an array of economic activities undertaken currently in various sectors, building media network is one of the instruments for consolidating their influence, and broadly boost the understanding of their products’ image and business services among the large spectrum of the population.

During the interview with Kester Kenn Klomegah from IDN-InDepthNews, Professor Babafemi A. Badejo says Russia needs a comprehensive African agenda and a well-defined approach with its economic diplomacy, it has to take hyperbolic steps in raising its economic influence in Africa.

Comparatively not much of Russia’s image is promoted by the media in Africa, he adds, and suggests that Russia could similarly use the media to do more advisory services for its companies, and secondly design public outreach diplomacy (people-at-large oriented activities) that could help change negative perceptions and common skepticism among the estimated 1.3 billion population in Africa. Here are the interview excerpts:

How would you characterize the media landscape, what foreign players are consistently teaming up with African partners in the media sphere in the continent?

The traditional media has followed the dictates of the world power distribution in the large part. In this respect, the colonial domination of the past has remained very relevant in almost all of the African territories. This has been especially so in sub-Saharan African countries that kept the metropole languages as their respective lingua-franca. The United States as a dominant power had the initial advantage of partaking of English being a language of communication in much of Africa. It went on to add social and technological prowess to dominate traditional and new media especially the social media of today.

Do you think that the media be part of a decisive factor in building effective bilateral ties for foreign players with Africa?

The media as a major aid to conceptualization of reality will always play a decisive role in building bilateral ties among players at the international level. This is irrespective of whatever language is used as a medium of interaction. As a matter of fact, the media is a critical tool in the expression of diplomacy, especially unofficial interactions between states.

Which global players are very keen here, adding an additional dimension to development, especially utilizing it to boost their image across Africa?

The modern scramble for Africa is on. Many major powers, including the five permanent members at the UN Security Council and many emerging powers are struggling for a piece of the Action in Africa. Getting a piece of what Africa has to offer is more important than any power wanting to develop Africa. It is a case of each attempting to maximize the media for their greatest good.

What issues are currently encountered in the formation of the modern media landscape, and the prospects for collaboration in the information sphere?

Technological advantage of the West and the dominant position of many Western corporations providing information services will, for long, shape the media landscape in Africa. Others are not necessarily locked out. Counter efforts to the hegemonic choke hold could involve building partnerships with African entities on information flow with local African media outlets.

Regional and national regulations, socio-cultural and languages dynamics, ideologies are some issues that affects prospects for collaboration in the media landscape. But today’s technologies are bridging the language divides. Others are moving beyond their respective zones of language comfort to build popular soft power attributes and affect with the African people.

Considering what you have told us, above, what role and place would you assign Russia the information space of Africa today?

The Soviet Union as a post-Second World-War major power had a major media influence in Africa. However, this major influence did not move to Russia as the main successor state to the Soviet Union. It did not move to other states in the cluster either. It remains extremely easy for the US or the West in general to use a large media presence to define so much in the African space with respect to media and information flow. The new tech giants being American has helped and continue to deepen the Western information hold on Africa. This choke hold has made bilateral interaction between the West and Africa much easier than it would have otherwise been. In the information space, Russia could be at the front of offering viable alternative solutions.

What role can African media play in promoting Russia’s image in Africa, and what could be the expectations from Russia as it plans to host the second African leaders’ summit (2022) in Addis Ababa, Ethiopia?

Russia’s gradual engagement can be boosted by African media popularizing and boosting knowledge on such engagements by Russia. Hosting the next summit in Addis Ababa would feed very well into popularizing Russia’s efforts at engagement with African leaders. However, promoting relations with the continent of Africa would require more than a one-off event with African leaders who have varying levels of legitimacy from performance or lack of it in their respective countries.

The Russian desire to engage more with Africa should go beyond the notoriety of the AK-47, general arms sales and involvement on wars to realize peace in Africa. African media should have the opportunity to report more about Russian corporate presence in Africa and their added value to the realization of the sustainable development goals in Africa. This corporate presence can support the building of the media image of Russia in Africa through involvements with people-at-large oriented activities.

So many Russian speaking African experts who were trained by the Soviet Union can still bolster a Russian re-engagement with Africa through many activities that are reported using media that link Russia with the many countries in Africa. This will be beyond a focus on the African Union or support to African governments at the United Nations, which support are hardly known about by the people of Africa given the weak media engagement.

Interestingly, and at the current moment, not much of Russia’s image is promoted by the media in Africa. At best, it is Western perception and narrative of Russia that pervades the African media. Russia needs to do more in using media to tell its own story and interest in Africa. The socio-cultural and language barriers need to be cracked. In this final analysis, Russia has to make consistent efforts in building its media network that could further play key role in strengthening relations with Africa.

Post Views: 95
Previous Lessons From Afghanistan Disaster: US Not To ‘Remake Other Countries’ – Analysis
Next Afghanistan After Taliban And India’s Response – OpEd